The Science of Multifamily Marketing

Finding the right strategy calls for a nuanced understanding of consumers' online wants, needs and behavior, and figuring out the best balance for your brand. 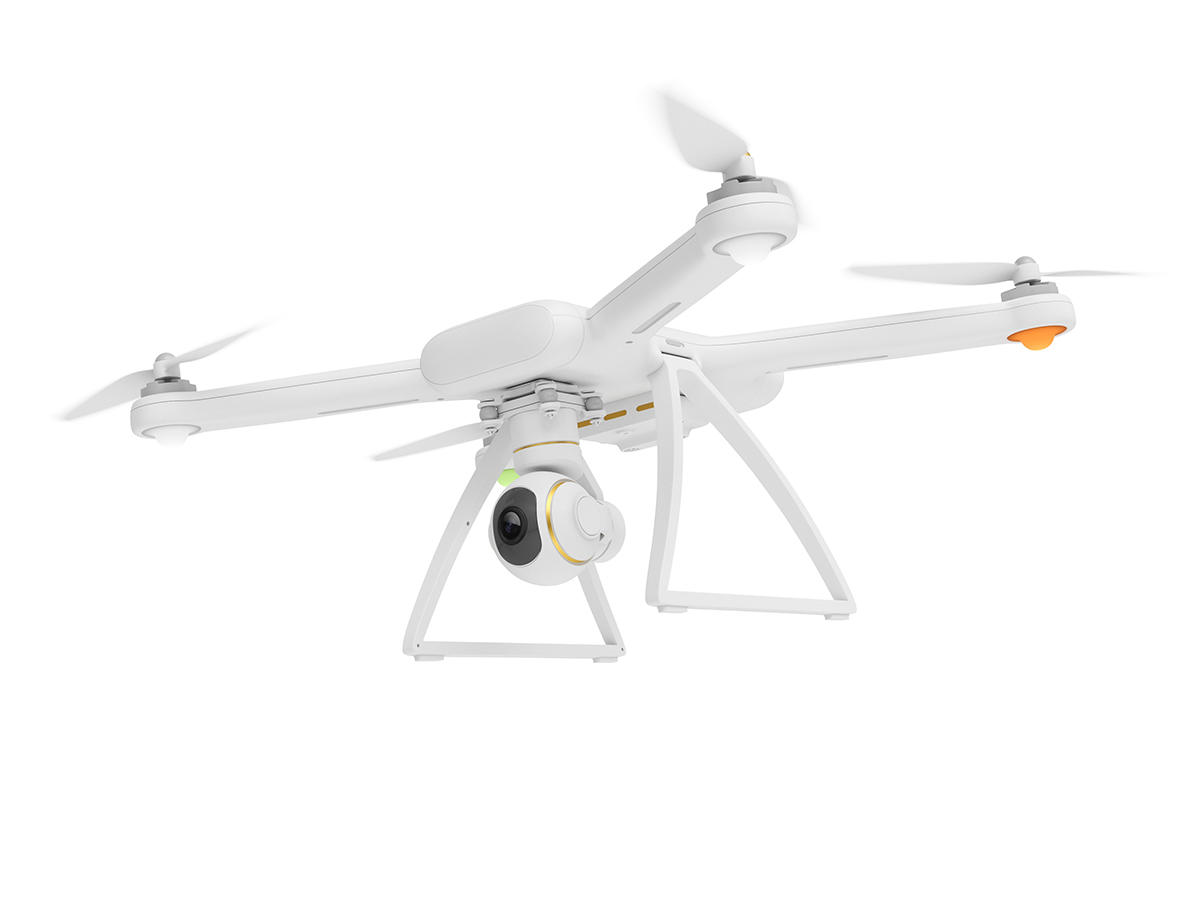 At a time when nearly everything can be done on a smartphone—from dimming the living room lights to applying for a mortgage—multifamily operators must figure out how to channel tech tools into marketing success.

It takes Google less than a second to pull up more than 3.5 million results for “real estate marketing,” with the first page filled with listicles declaring the best ideas and online strategies. Social media and online tools such as Google Ads have become driving forces for multifamily professionals. While companies may pursue varying strategies, focusing marketing efforts in the digital realm is a must; with one in four Americans online “almost constantly,” according to a 2018 study by the Pew Research Center.

In the 15 years since the launch of Facebook, social media has grown by leaps and bounds. The terms “influencer” and “sponcon” are now mainstays of the marketing lexicon, as Instagram personalities with millions of followers can earn as much as six figures for a single post. As social media extended its reach to billions of people across the globe, real estate marketing professionals saw the writing on the wall: If everyone was going online, so too would their efforts.

Monique Fox, who works in marketing at Greystone, has been in the business since 1998. For her, the explosive popularity of drones for marketing has been one of the most significant developments in advertising properties online.

Drones have become extremely popular in marketing properties of all kinds, since they offer hard-to-get angles and perspectives at a relatively low cost. Along with virtual tours, 3D imaging and glossy promotional videos, new developments in major markets are the big-budget blockbuster films of the industry.

“They’re starting to realize who their base is and what people want,” said Fox of real estate marketing professionals. “Their demographic is that younger generation, and they are the predominant rental base.”

Hunter Frick, senior vice president of marketing for Halstead Property Development Marketing and a 15-year industry veteran, sensed about five years ago that things were starting to shift online in a big way. For new developments in markets such as New York City, his team starts planning at least a year in advance of opening, with the life cycle of the project often lasting fourfold.

“We actually have this conversation once a week—if only home buyers knew how many people went behind that project when they turn the key,” said Frick. “What goes into a 40-unit project is like a rollout of a national brand.” As a result, marketing budgets have grown, especially with the competitive nature of high-end product in major markets.

A rollout often includes a branded website, Instagram, Facebook and Twitter profiles and plenty of Google Ads. However, Frick’s company still invests in print advertising, which they consider an important component, especially for the older audience. There’s even been a throwback trend to more traditional marketing channels, such as billboards. Those tools offer “physical ways to get in front of the buyers because the market has gotten so crowded,” said Frick. “It attracts that buyer that isn’t into social media.”

For Kenneth Kasee, director of marketing at JVM Realty Corp., everything revolves around Google Ads. He has been in the field for more than two decades, began working specifically in real estate marketing last year and has worked with Google Ads since their debut.

Kasee brings with him a fiercely data-driven marketing philosophy and, he says, soon discovered that the cost of a traditional internet listing service was both astronomical and unsustainable. So he shook things up, pulling the company out of an ILS and built an entire marketing ecosystem out of Google ads instead. The move produced results. A property in a suburb of Akron, Ohio, initially leased up well, but then seemed to hit a ceiling at 88 percent occupancy. Using his Google Ads expertise, Kasee gave the community the extra push it needed, and occupancy now stands at 97.9 percent.  The takeaway: “It’s really about leveraging ads in a geographic location.”

As business as well as the public have shifted online, marketing professionals continue to find innovative ways to attract consumers. But there’s been pushback, as well. Questions have arisen as to whether companies go too far in tracking consumers’ online habits.

Last year, Facebook came under fire for its handling of user data, running afoul not only of people concerned about privacy, but of the Federal Trade Commission. Facebook is believed to be negotiating a record multibillion-dollar fine with the agency.

But for many, taking extra precautions to safeguard data or avoid tracking measures just isn’t worth the time. So argues Thomai Serdari, who teaches marketing at New York University’s Stern School of Business. “A lot of times, it’s such a pain to protect yourself and put a wall around yourself, we tend to just ignore it,” she said of the ever-present nature of ad tracking.

Serdari believes that in a typical situation, when a popular product such as Google Ads follows a user’s movement across various sites and products, the scenario is less successful than when that user is scrolling on Instagram, where they are more likely to be open about seeing such things.

“In your downtime, you’ve decided to spend 20 minutes on Instagram and you’re actually curious to see what’s on the market,” she said, comparing that to routine habits such as checking a bank account, when someone may be more annoyed at seeing ads cropping up.

The co-living company Common markets its brand entirely online, but does not use Google Ads, noted CEO Brad Hargreaves. “We’ve tested Google Ads in about 50 different ways and have never seen it come close to the returns of social,” he said. Instead, Common focuses squarely on social media. Hargreaves acknowledged that there is a line in Internet marketing and brands should be careful to respect users and applicants and not overwhelm them with a specific message. Rather, marketers should be thoughtful about the data gathered and how tracking is used.

“I don’t look at re-targeting as unethical,” he said. “People use it because it works. People will look at something and forget about it. And then they’ll see re-targeting and say, ‘Oh, wait, I looked at that and thought it was cool. Let me check it out again.’”

Easy access and the volume of data available to marketers these days is impossible to overstate, as is the number of eyes looking at social media, which is expected to reach 3 billion people worldwide by 2021, according to web database Statista.

Millennials make up a huge swath of social media users. This, in turn, has led to many changes in how marketing is done, said Serdari, who argued that Millennials want and are used to being part of the so-called perks economy. For real estate, that could mean potential residents looking for a community with a gym to work out in, restaurants and entertainment nearby and community programming to take part in.

“All of these are extremely important to Millennials because they consume experiences, and these physical experiences are one of those ways,” said Serdari. When it comes down to it, she adds, those looking to connect with the younger generation should be looking at solving problems. “Those who are successful are able to articulate what the solution is that they offer to every specific customer segment,” she said.

Hargreaves, who previously founded General Assembly, a trade school that operates both an online platform and 20 campuses worldwide, contends that is not enough to create an Instagram profile to show off a property and its amenities. In his view, the most successful marketers focus on telling a story.

“You have to be able to create compelling content that would be compelling with or without the association with Common,” he said. “If it’s something that people would engage with regardless of Common, that’s good.”

For his company, that means sharing thought-provoking photography, some of it taken at Common’s properties, others originating in the neighborhoods where the homes are located. But more than just photos, the company aims to create a narrative.

“It’s been successful for us to blend, to focus on genuinely compelling content first and build the audience around content we’re producing,” said Hargreaves.

With the availability of so many creative, innovative marketing tools, perhaps the best selling point is still the community—fanfare aside. “I think a lot of people in residential focus too much on marketing, and too little on the quality and promise of the product itself,” he said.