How does your community address diversity? Moises “Moe” Vela, who has held two positions in the White House and currently works as a consultant and in affordable housing, talks to MHN about cultural customization—a successful program he introduced at his communities to make them more inclusive to the minority renters in the area. 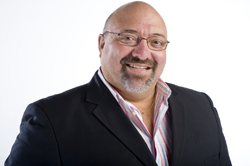 Gaithersburg, Md.—How does your community address diversity? Moises “Moe” Vela, who has held two positions in the White House and is currently the CEO of MoeVela LLC, talks to MHN about cultural customization—a successful program he introduced at his communities to make them more inclusive to the minority renters in the area.

Vela: My company is a business development consulting firm that focuses on all sizes of business all over the country. I work with businesses when they realize they want to grow, and what stands between them and growth is getting in front of the right people in targeted sectors.

MHN: How have your positions in politics—first as the chief financial officer and senior advisor on Latino affairs in the office of the vice president during the Clinton Administration, and second as the director of administration for Joe Biden—helped you, particularly in the multifamily industry?

Vela: Before I came to the White House for the second time, I was a partner at the Comunidades Group in Denver. We had just acquired and begun to operate our first multifamily property outside of Atlanta. I had created a program called multicultural customization. My expertise is in the Hispanic community—that’s my heritage. From the minute someone drove on to our properties, they were going to have a culturally relevant and culturally celebratory experience to make them feel welcomed and comfortable. In terms of economics, all the numbers were showing that the program was working. People were paying their rent on time. People were paying the correct amounts. The socializing in the parking lots was slowly diminishing. The community garden had cilantro, peppers and tomatoes and things that were culturally relevant.

I have an extensive background in the multifamily industry, so when the White House called again to come back a second time, it was a difficult decision because I was excited about what we were about to prove with my cultural customization program, but when the vice president of the United States tells you your country needs you, you go serve.

So how did it help me? It’s amazing when you’re managing appropriated dollars—you learn a level of responsibility and accountability like no other. When you’re dealing in the private sector and you’re managing company money, obviously you want to be frugal and do it as well as possible. But when you’re held accountable by the U.S. Congress, and it’s all out there for everybody to see, you learn this conviction of accountability. It made me so profoundly aware of accountability, and you learn the responsibility value that has been immensely valuable to me in the private sector.

MHN: Let’s talk more about your cultural customization program. Do you think this would be a good tactic for multifamily developers in general?

Vela: Absolutely. What I found is that the vast majority of multifamily developers and multifamily managers were non-minority. What I kept hearing as I met people in the industry across the country was that heavily minority-populated multifamily properties were not performing well. That they had high delinquency rates and high turnover rates and low traffic and high crime. And I kept saying, “That doesn’t make sense to me! That doesn’t sound right.” Especially being Hispanic, that didn’t sound like the Hispanic community that I grew up with and that I knew. So when I started doing some research on that, what I realized was that there were no cultural connections with their tenancies. Here you have this Anglo developer trying to run [the community] the same way they would in another part of the city that was not heavily Hispanic. It doesn’t work! Of course you’re going to have higher everything that you don’t want and lower everything that you do want.

What I did was realize that you can come in and make this community culturally celebratory, from bilingual property management staff, to bilingual documents and leases. Maybe they could sign one lease, but shouldn’t we read it to them in Spanish so they know what they’re signing? It’s little things like that. In the United States, tennis isn’t the number one sport for Hispanics. So does it make sense to have a tennis court on the property? I said, “Let’s throw down some turf and create a soccer field.” We should create more parks because Latinos like to congregate with their families and barbecue and have social time, so let’s give them a chance to do it on their own property. Do I think property managers and developers need to adopt these things? Absolutely! No doubt about it in my mind. This country is becoming more diverse than ever, and eventually this country is going to be majority minority. I think the real estate sector, like any other sector, needs to adjust to that reality.

Let me make myself very clear—I am not suggesting that this is to the exclusion of anybody. I’m merely suggesting that if it’s in the heart of [a particular demographic], that you should cater to them.