What are the prudent strategies as the cost of capital rises? Experts weigh in. 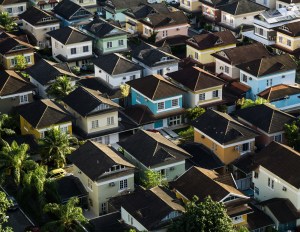 Photo by Breno Assis via Unsplash

The Federal Reserve’s most recent interest rate increase has made the real estate landscape harder to navigate. The higher capital costs, rising rents and expensive cap rates are impacting both multifamily investment and development in multiple ways. However, rental housing fundamentals have remained strong due to demand still outstripping supply.

One of the effects of rising interest rates is that potential homebuyers get priced out of the housing market, which is supporting rentals demand and keeping investor appetite high.

“While there is a mismatch between seller expectations and buyer demands, there are still opportunities to be had. We are net buyers and have capital to deploy,” Gautam Goyal, CEO & President of Three Pillars Capital Group, told Multi-Housing News.

Players within the rental sector are experiencing the effects of rising costs and rates to different degrees, with most of them being urged to fine-tune their multifamily investment strategies. Bell Partners, for example, has decreased its near-term growth assumptions to account for the higher likelihood of a recession, according to Executive Vice President of Investments Nickolay Bochilo.

“Rising interest rates increase the required return from risk assets. As such, cap rates for apartment assets have increased by 100 to 200 basis points, depending on market and profile of an investment,” said Bochilo. “The financing environment is very different today than earlier in the year, resulting in lower leverage in addition to higher cost. These changes lower prices investors are willing to pay,” he added.

Despite this, Bell Partners has been undeterred from its strategy to invest in well-located, differentiated properties in target markets, continuing to pursue growth that is within its circle of competence generated over the past 40 years. The company is still targeting value-add multifamily investments with a clear business plan, as well as core opportunities with emphasis on cash flow.

“We anticipate seeing more of these types of investment options in 2023 as investors with near-term debt or investment vehicle maturities seek an exit, or open-end core funds seek to raise liquidity to accommodate redemption requests,” Bochilo said.

On the development front, Kaplan Residential President Morris Kaplan has seen some improvement when it comes to costs, but this doesn’t mean there aren’t other type of challenges for builders.

“While costs have dropped in some areas—like lumber—we are starting to see fewer cost increases, and some contractors willing to hold pricing longer. The new challenge now is lenders are tightening their belts on what they are willing to lend due to the interest rate increases,” Kaplan explained. “Some lenders are even in a hold pattern and not lending. This is creating a difficult situation—navigating construction cost fluctuations with higher interest rates—in making the deals pencil out.” 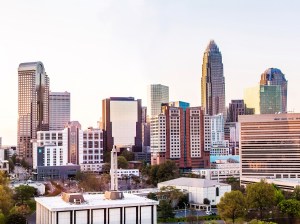 To overcome the above-mentioned challenges, Kaplan Residential is focusing on deals that show a better return for its equity partners, and balancing that may result in getting about 60 percent loan-to-cost ratios. Opening the net to develop in different multifamily sectors has also proved to be beneficial for the company.

The firm’s multifamily investment strategy includes a focus on urban areas or technology/medical growth areas—rather than going to the suburbs—including Atlanta, Charlotte, N.C., Southeast Florida, Space Coast, and the West Coast of Florida near Tampa.

Kaplan believes that the uptick in interest rates will slow down sales of existing buildings, which may create opportunities for distress sales.

“Market conditions may force sellers of properties to be more realistic in pricing and terms, which could create opportunities for groups that previously walked away from deals. We also see developers who want to partner up on deals to spread the risk given higher interest rates,” he revealed.

What to expect for multifamily investment and development

Short-term, the high interest rate environment won’t cause multifamily operators any problems, as they have either fixed-rate loans or loans that have interest rates caps, Goyal suggests. He believes the challenge will arise when old loans will need to be refinanced and owners will face the possibility of having to put money in. Goyal also expects things to cool off sometime in 2023, when deal volume is anticipated to peak as buyers and sellers find equilibrium.

“Given these turbulences, investors can minimize risk from a top level by investing with companies that have a track record of creating value and growing net operating income. The more value you create, the more buffer you create to absorb rising interest rates,” Goyal said.

When it comes to new construction, Kaplan believes that if a developer starts a deal over the next six to 12 months, by the time they build and stabilize the property, the recession will have come and gone. At that point, interest rates will start to come back down, which will help maximize value on new communities and existing communities that can’t sell now, he told MHN.

“To minimize risk and loss, a developer must have very good confidence in their costs and lean into being very conservative in rent numbers and expenses. Over the next 12 to 18 months, we feel that leaning into a more conservative mindset when looking at deals will help reduce risk,” Kaplan said. “Lastly, if we are going into a recession, don’t over-leverage yourself. That is a recipe for failure.”

Despite the near-term headwinds brought on by changing economic conditions, most companies remain optimistic about the longer-term prospects for multifamily.