How to Mitigate Interest Rate Risk 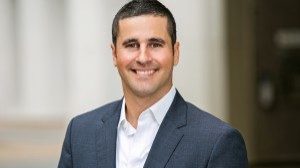 In the context of rising inflation and increasing short- and long-term rates, we look at lending options that real estate investors and developers can utilize to mitigate interest rate risk.

Needless to say, the Fed has been slow to respond to taming inflation. But what was once considered the result of a supply chain issue that would eventually work itself out became a global economic crisis when Russia invaded Ukraine. Economic sanctions imposed on Russia caused an immediate spike in raw material cost for everything from grain to oil. In an effort to tame inflation here in the U.S., the Fed, following its March 16th Federal Open Market Committee meeting, announced an immediate increase of 0.25 percent to their Fed Funds Rate and indicated that further increases this year are likely.

Market watchers and economists are predicting that the fed funds rate will reach 1.75 percent to 2.0 percent by year-end. On the long end of the yield curve, the 10-Year Treasury has already increased about 70 basis points this year so far, a 50 percent increase in the rate, as investors are demanding a higher yield to offset inflation risk.

On the commercial real estate front, we’ve seen borrowers binging on short-term debt fund capital, which has fueled surging property prices in all asset classes, especially multifamily. With the Fed funds rate at zero since March 2020, the all-in rate on these bridge loans was hovering between 2.5 percent to 4 percent. As the fed pushes up the funds rate, the Secured Overnight Financing Rate or SOFR (the benchmark interest rate that is replacing LIBOR) is expected to increase in lockstep. The current forward SOFR curve is projecting SOFR to peak at 2.68 percent, according to Chatham Financial, by July of 2023. All in rates on debt fund debt, assuming spreads remain constant will range between 4.0 percent and 6.0 percent; levels that investors have not seen since late 2018.

In order to reduce interest cost on bridge loans, investors should start to consider utilizing bank debt. Bank funded bridge debt is currently priced between 1.25 percent to 2.25 percent over SOFR, with lower transaction costs (origination fees, no exit fees, no interest cap requirements, and legal fees) along with tighter spreads that range between 1.25 percent to 2.25 percent over SOFR.  This compares favorably to debt fund spreads that are hovering between 2.25 percent and 4.0 percent. While Banks typically require a level of recourse, the cumulative savings will likely make the difference between winning a bid and a losing one in today’s competitive sales market.

Construction to perm loans programs offered by a number of Life Insurance companies also provide an attractive solution for developers seeking to mitigate interest rate risk during construction through stabilization. These loans are fixed for the duration of the term, which typically allows for two to three years of construction and then run for an additional 10 years. The interest rate on these loans is fixed at funding so it mitigates both short-term and long-term interest rate risk and are typically non-recourse with a completion guarantee.