Why Residential Conversions Are More Commonplace

Columnist Lew Sichelman zeros in on this fast-growing trend. 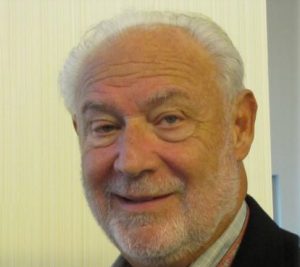 Young adults looking for places to rent, especially in central business districts, might find just the right place in a converted office building, motel and perhaps even a school or a house of worship, according to a new report that says occupancy transitions are producing more apartments than new development.

The study by RENTCafe found that adaptive reuse apartments grew faster than the number of newly built units—25 percent vs. 10 percent—during the 2020-2021 survey period. Overall, nearly 28,000 conversions came to market during that two-year time frame.

A report released in March by the NAIOP Research Foundation found that since 2010, 885 office buildings throughout the country have been converted to multi-family residences. Conversions are typically 15 to 20 percent less expensive than new apartment buildings, the report said, with faster completion times and lower material and labor costs.

The process is occurring all over the country. All told, RENTCafe counts 77,000 units currently in the conversion pipeline, “setting the stage for a boom in adaptive reuse in the upcoming years. (As of July, 8,300 of those have already hit the market.)

In California, for example, new laws take effect in July that will change zoning ordinances to allow residential uses in certain areas previously designated as commercial. As long as developers comply with labor laws, they will be able to put up housing in old strip malls and parking lots.

Re-purposing office buildings as apartments has been the largest component of the recent conversion market, increasing 43 percent to an all-time high of 11,090 units over the 2020-2021 period, the apartment listing site found. But other niches are joining the parade.

More than 4,300 units were in old or abandoned factories and industrial structures, making them the second largest source of re-used properties. Many such spaces offer generous floorplans that make for an easy transition to residential and mixed-use spaces. And if manufacturing continues to shift overseas, this segment is likely to grow. 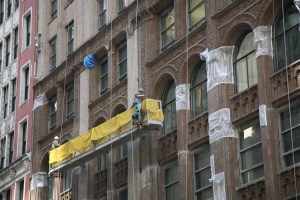 Hotels and motels are another popular source for conversions, largely because it is simpler to change rooms into apartments. In Denver, for example, the city recently purchased three motels under a five-year plan that eventually will provide hundreds of housing units for the homeless.

Still, only just shy of 3,600 units came from hotel and motel rooms during the survey period, but that is 66 percent more than in the previous two-year period.

At the same time, 537 units came out of old religious buildings that no longer served that purpose, while 695 converted apartments came from just school buildings.

In Detroit, the former Grace Baptist church is being turned into 15 studio and one-bedroom apartments. And in Hamilton, Ontario, a 150-year-old church in the downtown area now holds 19 apartments.

In Stoneham, Mass., the new Century 21 Property Central Office, of all things, will be based out of the repurposed Saint Parascheva Romanian Orthodox Church.  Meanwhile, the Pinellas County (Fla.) school district has put out a request for proposals to turn a former learning center into a mixed-use property with apartments for teachers.

One reason old office buildings lead the list is their downtown locations, which were largely abandoned during the pandemic and have been slow to come back because many workers now prefer to toil at home. And downtown is where the tallest structures usually are.

“Not all buildings are equally threatened by the work-from-home revolution,” says Doug Ressler, manager of business intelligence at Yardi Matrix. “(But) larger office buildings in abandoned central business districts are better suited to conversion than the often-smaller office complexes distributed around the suburbs.”

Washington, Chicago and Philadelphia were the conversion hotbeds during the survey period. The three cities alone were responsible for 15 percent of the total apartment conversions nationwide. But some small markets also are producing a significant share.

More than 300 apartments in tiny Hyattsville, Md., a close-in D.C. suburb, came out of old office structures, for example. And during the first six months of 2022, 700 units, mostly from old motels, were added in Kissimmee, Fla., outside of Orlando and Disney World.

The conversion trend was popular in the nation’s capital even before the pandemic. But it picked up steam when the CBD’s vacancy rate rose to a “significant” level during the height of COVID. According to Washingtonian magazine, some 4 million square feet of outdated office space is in the conversion process or under evaluation for possible transformation.

Major developers Fougler-Pratt and Lincoln Property both have two conversions underway in the city. Fougler-Pratt recently closed on a former Justice Department building about a block from the White House that it plans to convert into 225 apartments.

Outside of Washington, Chicago’s downtown sector may just be the “best spot” for developers to tackle adaptive reuse projects, the report says.

Here, the city’s planning department has offered an “invitation for proposals” to turn nearly 5 million square feet of vacant commercial space along the once viable LaSalle Street into residential use, with an emphasis on affordable housing. The stretch of road from Wacker Drive south to Jackson Boulevard could accommodate 1,000 units, planners believe, a third of them priced for low- and moderate-income residents.

Looking down the road, RENTCafe says the largest share of conversions will come from no-longer-used office buildings and hotels. But nowhere will the trend be as noticeable as in Los Angeles, where 4,100 apartments are in the re-use pipeline, either already approved, awaiting approval or in the planning stages. And that’s on top of the 1,250 converted units added to the inventory so far this year.

Meanwhile, city and business leaders from several major cities began a series of meetings in November under the auspices of the Brookings Institution to exchange their thoughts on re-imagining their CBDs as well as those of other markets. Nationally, according to the New York Times, about 998 million square feet of office space—nearly 13 percent of the total—is sitting idle, much of it in search of a tenant that will probably will never come.