The 3601 Market luxury tower, which opened its doors in 2016, is LEED Silver certified. The community also features 13,600 square feet of retail and restaurant space. 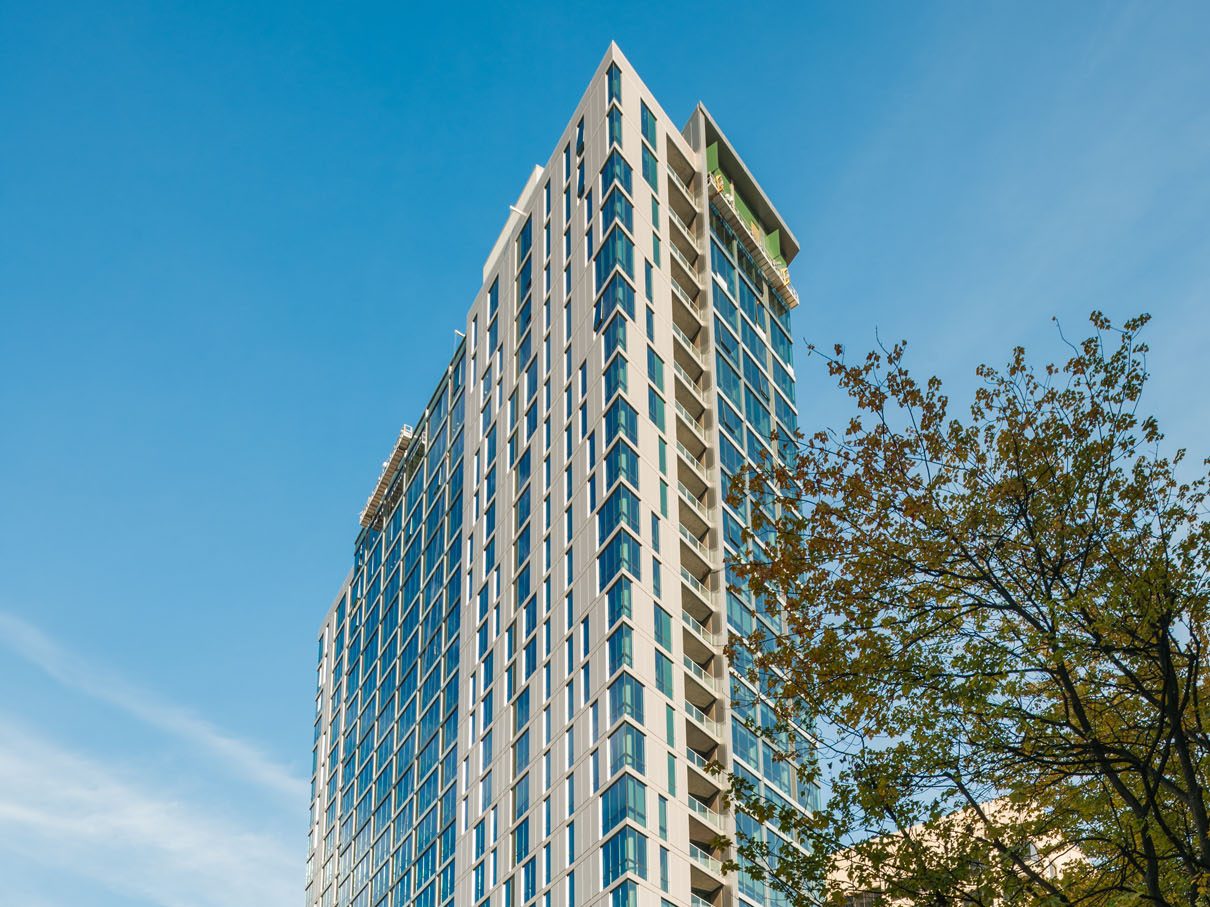 A partnership of Southern Land Co. and Redwood Capital Investments has sold 3601 Market, a luxury high-rise in the heart of Philadelphia. FPA Multifamily acquired the community through one of its investment vehicles, FPA Core Plus IV. Construction on 3601 Market started in 2013, with the development benefiting from a $66 million construction loan provided by M&T Bank, according to Yardi Matrix.

The 28-story tower, which was completed in 2016, is located at 3601 Market St., just minutes away from the city’s central business district. The property comprises 28 studios, 266 one-bedroom apartments and 69 two-bedroom penthouse units, ranging in size from 444 to 1,119 square feet. In addition, the luxury tower features 13,600 square feet of restaurant and retail space. Common-area amenities include a rooftop pool and terrace. The building is LEED certified at the Silver level.

The building is situated in University City, which serves as a major hub for both business and entertainment. Philadelphia’s Center City is minutes away, and several mass transit options are within walking distance of 3601 Market. A plethora of restaurants, bars and nightlife destinations are nearby, while the central business district provides ample employment opportunities.

“As Southern Land Co.’s first high-rise development, we’re proud of the legacy we have established with 3601 Market. The project resonated with the market, setting a new standard for design and livability in one of the most dynamic neighborhoods in Philadelphia,” said Tim Downey, CEO of Southern Land Co., in a prepared statement.

In addition to transferring 3601 Market, Southern Land Co. recently revised project plans for The Laurel, a 48-story multifamily project in Rittenhouse Square. The $300 million development is slated to break ground early next year.