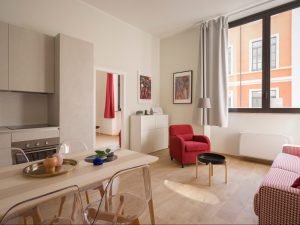 Image by Deborah Cortelazzi via Unsplash

Labor shortages and reductions in amenities and services due to the COVID-19 pandemic are impacting senior housing communities across the nation, with overall satisfaction scores declining significantly this year, according to a new survey.

The J.D. Power 2021 U.S. Senior Living Satisfaction Study found overall resident satisfaction scores had declined 23 points among those living in independent living facilities with a score of 738 on a 1,000-point scale. Among those with loved ones living in assisted living/memory care communities, overall satisfaction this year was 825, down 12 points from 2020.

The study was based on 3,590 responses from residents living in independent communities and from family members/decision-makers for those who reside in assisted living/memory care properties. Responses were collected from June through September of this year. 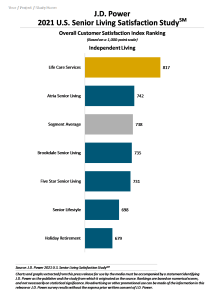 One of the areas that saw the sharpest declines in satisfaction this year was community building and grounds and staff—areas that have been severely impacted by the nationwide labor shortage. The J.D. Power survey found satisfaction about buildings and grounds had dropped by 35 points this year among residents of independent living communities. The decline was less steep for those making decisions for residents of assisted living/memory care properties but was still in double digits with a drop of 16 points.

The survey also found frustrations about continued reductions in amenities and activities because of the ongoing pandemic. Residents commented on the lack of access to swimming pools, loss of busing to outside activities and access to informal spaces within the properties for private use.

Residents of independent living facilities in particular expressed growing frustration at the impacts labor shortages were having on community and apartment maintenance, Andrea Stokes, senior living practice leader at J.D. Power, said in a prepared statement. Stokes said communities that have been putting off building improvements should make those investments now so that residents see the results.

The report also ranks the largest U.S. senior living providers by resident satisfaction in the two separate categories so each branded operator can benchmark performance against segment-specific competitors. This is the second year the study has broken out the sector into independent living and assisted living/memory care segments.