Gerry Ranglas talks to MHN about investing, how multifamily might fare a recession and the outlook for the industry. 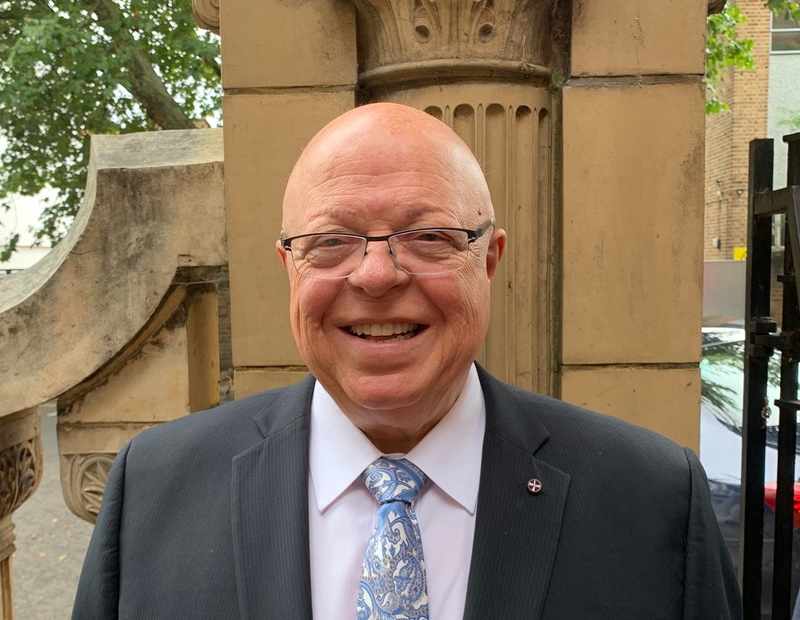 Gerry Ranglas is the majority owner and CEO of R&V Management, headquartered in the San Diego area. He syndicated his first real estate deal in 1973 when, at the age of 23, he raised capital to buy his first apartment building. Fast forward to today and his company manages a portfolio of 11,000 units in 46 buildings in the County of San Diego and another 2100 units in seven buildings based in the Inland Empire, primarily in Riverside County. Recently, he was honored with a lifetime achievement award granted by the Southern California Rental Housing Association. MHN talks to Ranglas and gets his insights on the current multifamily landscape.

What does the market look like for multifamily investing?

The apartment industry is looking pretty good all over the country and especially in the coastal areas because they have a high concentration of good paying jobs, and people gravitate toward those areas. For example, I have some properties in Phoenix, Las Vegas and Denver, and those markets are all doing well. In San Diego specifically, we’ve had a shortage of units for 10 years—we haven’t built enough to keep up with demand. I think we’re averaging 4,000 units a year in terms of new product, but the demand is 8,000-10,000 a year. We haven’t really kept up with the demand, so market is at 95-96 percent occupancy. That is true in most of the West Coast.

Where would you say the industry is heading?

I think the apartment sector is the healthiest among industrial, office and retail, with industrial being second best. Prices keep going up over the long term and always reach new highs after the end of every recession. The latest recession was in 2009; that lasted for about three years, prices went down and then came back up and ended higher than they have ever been in San Diego. So, I think the industry is doing pretty well: it’s healthy, and as long as we have jobs like we do now and there is population growth, I think the apartment industry will outperform other sectors.

What are some challenges you’ve faced in this market, and the challenge the industry may face in general?

In California, the challenges are government interference in our industry. For instance, they just passed a law in California applying rent caps of 5 percent plus CPI, which gives you a rate of 7 percent per year. In new buildings, there is no rent cap and this law only applies to buildings 15 years or older. The saving grace in the new law is that you can change the market rent when the resident vacates, so you’re not limited to 7 percent when a unit turns over. That takes care of any increases in expenses and leaves some room for the profit margin, recognizing that you don’t want to have any rent caps at all, if you had a choice. It’s a livable law, 5 percent plus CPI cap annually, if we can get it, and there is also a 15-year exclusion on new properties.

Can multifamily survive a recession?

My local area has had recessions but the market really hasn’t suffered that much in terms of occupancy. Instead of 5 percent vacancy, during a recession maybe the vacancy goes up to 9-10 percent. And we can live with that as long as you’re not overleveraged in your purchase of the property and the recession is not too deep. During a recession, the property values have gone down because the cap rates have gone up, but we’ve been able to keep at least 90 percent occupancy during bad times. It is a very resilient industry because people need to live somewhere; I found it to be a good business through the good and bad times. When times are good, we have done well in terms of rental and property appreciation.

You have said that it is important to be close to what you own—what do you mean by this?

Our company has a hands-on approach as a manager. When a building is closer, you can go check it out and control it better when you’re nearby. When your buildings are clustered close together, as ours are, I think you can manage it more efficiently than having properties out of town. You can take property inspections, manage rehabs and react to situations more quickly.

How have recent technological advances impacted the market?

Basically, everyone is married to their phones and computers and to the Internet. People are finding apartments online, sight unseen, based on information on a website and location, so we have applications that come in online, people pay rent online, people email us at the community for maintenance requests, etc. In our industry, the technological advances have helped us, but it’s good to have a personal relationship with your customers, and sometimes that is missing when everything is done online!

What is the future outlook for the industry as a whole?

As long as we don’t build too much to where we have a supply-demand imbalance, or place more regulations on the industry, the future looks bright for the apartment industry, locally and nationally. If you overbuild and have too many units and not enough people to rent them, that creates a problem in terms of a glut, and rents won’t appreciate and the value won’t go up. If we maintain the balance and don’t overbuild, the market outlook for apartments should be healthy.