Apartments.com’s latest Apartmentology webinar, hosted by CoStar’s top analysts, dives into the current state of the rental market and takes a look at what we can expect in 2023. 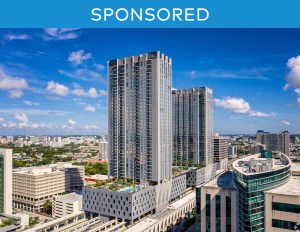 Cooper surmised today’s economic environment as one that is seeing red-hot inflation, higher interest rates and a potential recession looming. “This is not all good news, but may be necessary medicine,” she said. “We don’t expect the pain to last long.”

The core consumer price index, which excludes food and energy, has been rising since August rather than peaking, which has been panicking equity markets. One major service that has seen strong price increases is housing. These price increases take a while to emerge in the CPI so we could see services inflation still high for several months. This is the most aggressive tightening cycle seen since the 1980s, adding 300 basis points since March alone, Cooper said. Another 125 basis points are expected by the end of the year. There’s talk of perhaps another 50 basis points early next year.

Given the rising interest rates, global headwinds, and even lingering supply chain challenges, we expect the US economy to fall into recession early next year. It will be short-lived due to a tight labor market (the 3.5% unemployment rate in September marked a 50-year low) and because wages have been rising by about 5% in the past few months. “We aren’t seeing a credit crisis in households or businesses,” Cooper said. Inflation as measured by the CPI may have already crested. It will continue to fall to end the year at about 6.5%, then fall to about 3% by the end of next year before falling even further in 2023.

There are side effects of the Fed’s work. With the Fed raising interest rates, 30-year conventional mortgage loan rates have also been rising. They exceeded 7% around mid-October. These rates were 2.65% in January 2021 and were still below 3% a year ago. This suggests good news for the apartment industry, where the current conditions have shifted dramatically in the past 12 months, Lybik said.

Based on data from Apartments.com’s search activity, which started the year outpacing and then matching the totals posted from 2021’s record-breaking year, traffic began trending slightly lower around June. It remains in line with 2020’s solid results, and the current search activity level represents solid potential demand for rental units.

Nonetheless, this demand weakness will continue for the remainder of the year. Thus, owners and property managers must prepare for a softer Q4 than anticipated, plus the high possibility that supply will continue to outpace demand in the first half of 2024, which will keep downward pressure on rent growth.

Lately, demand has not resulted in absorption at the levels we would have expected, Lybik said. “We knew that demand would be lower than the record levels posted last year but absorption in the all-important second and third quarters significantly underperformed,” he said. Year-to-date, the apartment market has absorbed only 200,000 units, with just 60,000 in the typically strong summer leasing season’s third quarter.

At the same time, new supply additions over the past three quarters totaled 320,000 units, highlighting the market reversal of supply outpacing demand so far in 2022. The oversupply situation has pushed the national vacancy rate up from an all-time low of 4.7% a year ago to 5.4% today. The rising national vacancy rate does not tell the whole story as four- and five-star properties have outpaced the nation in terms of increasing vacancy.

Four- and five-star vacancies rose 90 basis points to 7.4% in Q3 after hitting a low of 6.5% just 12 months ago. At the same time, the least expensive apartment properties, those with one- and two-star ratings, have seen little change in vacancy as a lack of affordable rental units keeps demand high at this price point.

Projections showed rents moderating in 2022 after last year’s record-breaking totals, but the dramatic about-face of the national vacancy rate has led to the rental rate decelerating much faster so far this year, Lybik said.

CoStar’s daily rent series, powered by Apartments.com, shows Q3 year-over-year rent growth declining from 9.4% at the end of Q2 to 5.8%. Taken by itself, the 5.8% national rent growth number looks fantastic for a sector that pre-pandemic considered 4% growth excellent, yet the quarter-over-quarter sequential change showed rents declined by $7 nominally — or a -0.4% drop.

Monthly sequential rent data showed rent growth moving negative in August, breaking a 21-month streak of positive results before falling further negative in September. Relief at the top end of the market in terms of lessening new supply is not on the short-term horizon. The construction pipeline sits at its highest level since the early 1970s, and most developments that will be coming online in the next 12 to 24 months will be in the four- and five-star price category.

Markets holding up best at the end of Q3 with positive quarter-over-quarter growth are anchored by the slow but steady Midwest and large gateway markets in which supply and demand has remained closer to equilibrium and have less downside risk of overbuilding.

To learn more about key trends in today’s economy, watch the full Apartmentology webinar on Apartments.com.