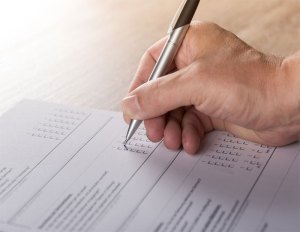 Image by Andreas Breitling from Pixabay.com

Apartment market conditions lost ground according to the January 2023 Quarterly Survey of Apartment Market Conditions from the National Multifamily Housing Council. Falling below the breakeven level of 50 were the Market Tightness (14), Sales Volume (10), Equity Financing (20) and Debt Financing (25) indexes.

Monthly rents have fallen nationwide, a reflection that the Federal Reserve’s interest rate hikes are exerting the impact they were intended to have on prices, NMHC reported. And while rents are higher than year-ago levels, that reflects past inflation rather than current levels. Higher costs of debt financing have also been a byproduct of the rate hikes. That has resulted in apartment transaction volume drying up.

Among leading finding of the NMHC Quarterly Survey are these:

The Market Tightness Index registered 14 this quarter. That mark falling far below the breakeven level of 50, indicating looser market conditions for the second consecutive quarter. More than three-quarters of respondents (78 percent) reported markets to be looser than three months ago. Meanwhile, just 5 percent believed markets have grown tighter, and 16 percent saw market conditions as unchanged.

The Sales Volume Index registered a 10 for the quarter, even further below the breakeven of 50 than the Market Tightness Index. Striking a note similar to the previous quarter, the great majority of respondents (82 percent) reported lower sales volume. Just 2 percent reported sales volume higher than three months earlier, and 13 percent saw no change in volume.

The Debt Financing Index came in at 25, the sixth consecutive quarter in which debt financing was less available.

The January 2023 Quarterly Survey of Apartment Market Conditions was conducted from Jan. 5 through Jan. 12, 2023, encompassing responses from a total of 234 CEOs and other senior executives of apartment-related firms nationwide.

The Yardi Matrix U.S. Outlook 2023 finds the outlook for the multifamily industry hopeful, despite an economy that has proven exceptionally volatile. Rent growth began to moderate in late 2022, and that trend is likely to continue this year as housing demand and economic growth weaken, the report stated.

Forecasting multifamily rent growth to stay closer to historical averages, Yardi predicts a 3.1 percent rent growth this year, less than half the 6.4 percent registered in 2022. Factors behind that more than 50 percent reduction include lower demand resulting from less migration, lower affordability and fewer new households.

Another factor is the large number of apartment development projects in the pipeline. Yardi has forecast 440,000 new deliveries in 2023, which will increase the stock by 2.9 percent. Rapidly growing markets, among them Austin, Dallas, Houston, Miami and Phoenix, will see the greatest number of new developments. Meanwhile, starts should be slowed by labor shortages, rising building costs and entitlement process delays.

The hike in mortgage rates and slower rent growth will result in fewer transactions. Yardi anticipates property sales to be slow at the start of the year. The timing and extent of a sales recovery will rest on the state of the economy and mortgage rates, Yardi said.

Restraint on the part of lenders should leave debt availability constrained in 2023. Lenders are likely to give priority to lower leverage, with a focus on debt service coverage. Despite allocations being reduced, Freddie Mac and Fannie Mae will stay active, but banks, life companies, securitization programs and private equity funds all will face constraints limiting their activity relative to recent years. Earlier this month, NMHC and the National Apartment Association raised the alarm over new Environmental Protection Agency  rules that could impose added costs and delays on multifamily developers.