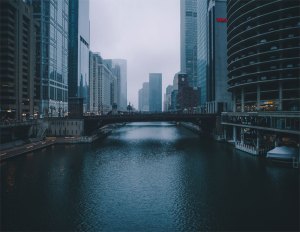 Image by tim-trad-iNYb6KmcaRA via Unsplash

The National Apartment Association and National Multifamily Housing Council have gone on record as being disappointed in a United States Environmental Protection Agency regulation redefining and expanding what “waters of the U.S.” (WOTUS) means under the Clean Water Act. The organizations noted that while strongly supporting water resources protection, they cannot get behind the EPA-issued changes.

The regulations will dramatically enlarge the universe of properties, including those with no more than a tenuous relationship to a body of water, required to seek costly federal permits to develop or redevelop housing, NAA and NMHC asserted. The organizations further argue the additional obstacles posed by these changes will result in permitting delays and add to development costs. Moreover, they will generate added legal risks that will worsen the already-dire housing affordability crisis in the country.

In light of the fact that states and local jurisdictions impose their own water protection rules, the NAA and NMHC in a joint prepared statement call the regulations “a costly but unnecessary overlay.”

In 2020, the EPA released a revised rule updating the existing definition of WOTUS, federally regulated under the Clean Water Act. “This rule gave the EPA jurisdiction over waters and wetlands that ‘maintain a sufficient surface water connection to traditional navigable waters and territorial seas,’” Ben Harrold, manager of public policy for the NAA, told Multi-Housing News.

“The 2020 version of the rulemaking offered significant protections for the nation’s waters and wetlands and provided a clear regulatory framework for rental housing development to take place. The definition of WOTUS contained in the 2023 final rule relies heavily on the version from pre-2015. It is a complicated combination of agency rulemaking and Supreme Court decisions which have been modified and expanded since 1977, often confusing both regulators and those being regulated.”

The revised definition substantially increases number and types of waters subject to regulation, Harrold said. It correspondingly also enlarges the number of buildings and projects impacted by the rule.

“This will exacerbate the crunch felt by housing developers because any development activities which occur in regulated waters and wetlands must comply with the Clean Water Act’s permitting programs,” he added.

For its part, the NMHC argued expanding the scope of the Clean Water Act will impose on apartment firms “undue federal regulatory requirements” that do not take into account the uniqueness of higher-density apartment development, and will engender delays, add expense and in the end limit construction and revitalization activity.

Specifically, the apartment industry’s opposition centers on two areas, NMHC reported. First, the definition of waters has changed. The Clean Water Act initially limited federal authority to regulate co-called “navigable waters,” it said. But legal and political forces have sought to expand the reach of the law to all U.S. waters. That includes creeks, swamps, bogs and small streams, all now regulated at state and local levels. The result would be to require developers to negotiate additional federal hurdles, resulting in permitting delays, increased development costs and added legal risks.

Second, new and dramatically expanded stormwater management rules for already developed and redeveloped properties have been proposed by the EPA under the Clean Water Act. The EPA regulates stormwater discharges during new construction. But the new rules would impact existing building operations and maintenance.

These new regulations would also likely include new building design and performance standards. That could force owners to invest in costly and, on occasion, site-inappropriate technologies and materials, NMHC stated.

“Ultimately, this expanded WOTUS definition will only add to the long list of regulatory hurdles apartment developers and operators must jump through to provide housing to America’s renters,” the NAA’s Harrold said.

“The resulting permitting delays and increased costs will exacerbate the nation’s housing affordability challenges. The administration should be looking for ways to make development easier, not harder.” Several months ago, NMHC research found developers were hamstrung by regulation-related expenses.