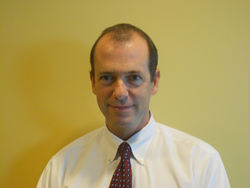 As vice president of construction, Walker’s primary responsibility will be as the Owner’s Representative in managing the Suffolk Construction team for the construction of One Greenway. One Greenway is a planned 362-unit mixed-income development bordering Chinatown and the Rose Kennedy Greenway. The project will provide much needed housing while restoring the fabric of the neighborhood that existed on Hudson Street more than 50 years ago

Walker will also provide executive project management and oversight for all New Boston construction projects in the Northeast market, including Olmsted Green and Seaside Village. In this expanded role, Walker will work more closely with the asset and property managers that he oversees.

Walker began his career working and training as a woodworker and carpenter. In 1986 he received his Massachusetts Construction Supervisors License and started his own business, Walker Woodworking. For the next 10 years his projects included historical renovations, redevelopment projects, commercial and industrial construction, additions, and new homes. In 1996 he took a position with Jordan’s Furniture advancing to become the construction division manager. His duties included managing a staff of employees and contractors to renovate over 400,000 square feet of existing property and stores, and build over 1 million square feet of new construction.

Since joining New Boston in 2006, Walker has served as senior project manager for the Olmsted Green Development, developing over 200 units of housing and multiple phases of infrastructure improvements. He has also been responsible for constructing over 250,000 square feet of retail and office space in North Kingstown, R.I.; the construction of Phase II at Seaside Village, a condominium project in Niantic, CT; reconstructing 54,000 square feet of warehouse and office space in East Hartford, Conn.; and delivering 117,000 square feet of tenant improvement work in Wayne, N.J.