The industry will see more economic challenges in 2023 but also new opportunities.

A new year always means new opportunities for multifamily investors and developers. But this year begins with a set of challenges that were not present at the start of 2022. Rising interest rates, a slowing economy, and the impasse over pricing between buyers and sellers are creating a turbulent capital markets environment. 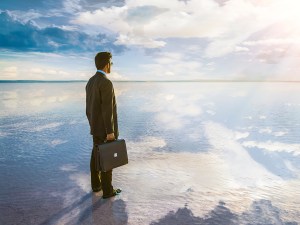 Many will be seeking to take advantage of that turbulence in the form of discounted or distressed properties, which are expected to increase throughout 2023 and into 2024 as loans mature and interest rate caps expire.

Overall, however, fewer deals are expected to transact. One major reason is the bid-ask spread between buyers and sellers. Developers also expect fewer new units of multifamily housing to be built, particularly affordable apartments, because it’s increasingly difficult for deals to pencil out. New York City developers, for example, will be watching the State Legislature closely this year to see if a replacement for the expired 421a property tax exemption that incentivizes affordable housing construction will be approved. 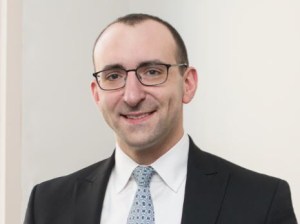 Other trends to watch in multifamily for 2023 include creative financing deals and the continuing flight to quality.

“We’re seeing a big flight to quality in the capital markets, in terms of both debt and equity and the sponsorship they want to work with,” said Jed Resnick, CEO of New York City-based Douglaston Development. “They’re really reserving their powder for their strongest relationships with the best developers with the best track records and the highest standards of integrity and execution.”

Douglaston is building 3Eleven, a 60-story, 938 mixed-income unit apartment building in Manhattan’s Chelsea neighborhood. The sponsor has begun leasing and expects to complete what is currently the largest multifamily development project in Manhattan in about eight months.

As a rezoning project, Douglaston had to comply with the city’s Mandatory Inclusionary Housing requirement, making 75 percent of the units affordable to families earning on average 60 percent of Area Median Income, and the Affordable NY Tax Abatement, which is the 421a incentive that required 25 percent of units to average no more than 64 percent AMI. Without a replacement for 421a, Resnick said it becomes impossible for developers to build affordable housing in high-barrier-to-entry neighborhoods.

The multifamily industry is bracing for more interest rate hikes in the first half of 2023 as the Federal Reserve continues trying to reduce inflation. Economists say that could take 12 to 18 months, with the Fed funds target rate potentially reaching 5 to 5.25 percent, before the Fed begins reducing rates. Despite some improving economic numbers, including strong jobs reports, economists say a brief recession is likely in early 2023. 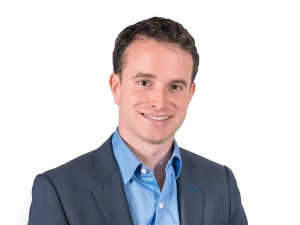 Three Pillars Capital Group in Houston was closing a $30 million acquisition in December but finding value-add deals in the second half of 2022 was generally difficult, noted Gautam Goyal, co-founder and CEO. “There’s still a big mismatch between buyers and sellers but anybody that needs to sell now or for the next 12 months is definitely having to face reality that their assets are not worth what they were six months ago and they’re going to have to take a huge haircut in order to get rid of it,” Goyal said.

The firm did a cash-out refinancing on two Houston properties in September because the rate cap was expiring. Goyal said the mortgage payment would have doubled had they not locked in a new relatively low-interest rate. 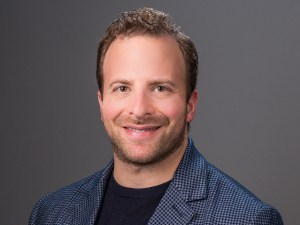 “We started about 12 months ago working through whatever we were concerned would be coming due in the next two to three years to reposition those mortgages so we could lock in a lower rate as long as possible,” Kelman said. 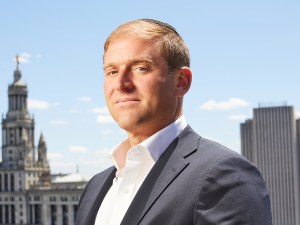 “If somebody had a fixed-rate mortgage that’s coming to term now or sometime in the near future, their deals don’t pencil anymore because they were predicated on a 3 percent or 3.5 percent mortgage, and that mortgage is now over 6 percent,” said Jonathan Bennett, president of AmTrust Realty in Manhattan, which owns and operates 12 million square feet of multifamily and office space in New York, Chicago and Tampa, Fla. “And the values are not matching up either. So, the bank is saying, if you want to stick with us, you’re going to have to pay down this mortgage by 30 percent. Many owners and operators don’t have that and have to come up with a solution,”

Noah Hochman, co-chief Investment Officer at TruAmerica Multifamily, said one problem is many syndicators and sponsors have not been cycle-tested and are probably over-levered without a hedging strategy. 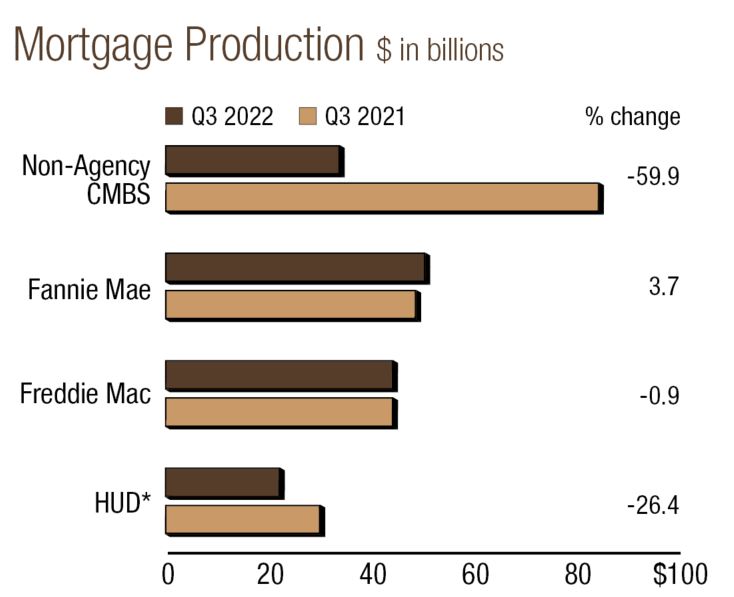 “They’re probably not going to be able to meet the lenders’ extension test, and they’re going to have to be prepared to write a big check to either buy a new insurance cap that expired or rebalance a loan or do a cash-in refinancing,” Hochman said.

Hochman said TruAmerica is seeking acquisitions in 2023. He also said the firm is considering expanding into rescue capital.

CP Capital, a New York City-based real estate investment manager, has been a longtime equity partner with some of the nation’s top multifamily developers, including Wood Partners, Crescent Communities and Greystar. Lately, said Paul Doocy, co-head of CP Capital, more brokers than usual have been reaching out asking the firm to consider partnering with them.

The firm’s regular development partners are working their pipelines but are not adding to them, Doocy said. CP Capital would consider pursuing acquisitions in 2023 if there’s a value-add story but not until there’s improvement in the bid-ask spread.

Reuben Robin, founding principal and CEO of Concord Cos., a Beverly Hills, Calif.,-based real estate firm that owns multifamily in California, Texas, Illinois and New Jersey, sold about 70 percent of its Texas assets in 2021. With the bid-ask spread making value-add deals difficult, Concord has pivoted and is focusing on non-performing loans.

Robin said Concord was buying a portfolio of eight NPLs at the end of 2022 and anticipated more in 2023. “We’re looking at acquiring $50 million of NPL now and looking at another batch of $220 million behind that,” Robin said. 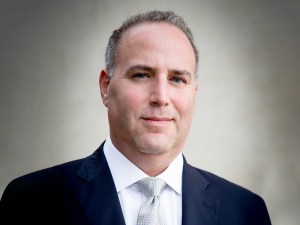 Many multifamily investors are ready to take advantage of opportunities as loans come due and property owners face other economic issues.

“I think the biggest challenge right now on the borrowing side is that many of the plentiful debt options that supported the buying frenzy over the last couple of years are no longer available,” said Hochman. “The debt funds, the CLOs, CMBS are facing challenges in the securitization market and they’re the primary culprit of the liquidity and driving out of the spread.”

Signs of distressed activity began in late 2022 and are expected to increase in 2023. In December, the Trepp CMBS Delinquency Rate moved up slightly to 2.99 percent. The multifamily delinquency rate was 1.81 percent, up from 0.85 percent in October.

The total projected maturity volume for all multifamily loans in the Trepp dataset is $30.4 billion in 2023 and $55.7 billion in 2024, according to Research Associate Jack LaForge. He said Trepp included every deal type in its dataset to get the fullest picture of maturing multifamily debt, including conduit, single-asset, single-borrower, large-loan, CRE CLO, and agency CMBS.

When other debt sources dried up, Hochman said GSEs continued to be active, noting TruAmerica turned to the agencies for refinancing transactions.

“I think because they were behind for the year in hitting their targeted volume, they had offered some very attractive financing spreads to be able to hit their targets for the year,” he said.

Fannie Mae and Freddie Mac had a combined $156 billion purchase cap for 2022, with half targeted to affordable and underserved markets. Citing anticipated contraction in originations for 2023, the Federal Housing Finance Agency has reduced the GSEs lending purchase caps to $150 billion, $75 billion for each. FHFA is again requiring half of the loans be for mission-driven affordable housing. FHFA will make changes if warranted. The Mortgage Bankers Association said the decrease was appropriate given market conditions and the expected decline in originations. MBA President and CEO Bob Broeksmit said the decrease “ensures a level playing field across various capital sources.”

Alex Loo, vice president, FHA originator at Hudson Realty Capital, a middle-market capital provider, said he expects the Federal Housing Administration and U.S. Department of Housing and Urban Development to be more active lenders in 2023. HUD construction loans are attractive because they often have 40-year terms, but the long approval process can put off potential borrowers. He said HUD has been trying to expedite the approvals.

“FHA is certainly ready for business,” Loo said. “They want to be able to provide liquidity for smaller, middle-market and larger borrowers. They’re not sponsor driven. They’re asset and market driven.” 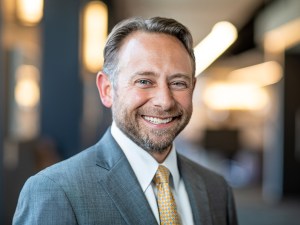 “The 30 percent year-over-year rise in costs has impacted all of the affordable developments in our pipeline in one way or another,” said Aaron Pechota, executive vice president of development and head of affordable housing at The NRP Group. “Close to 200 of the nearly 1,900 affordable units we planned for at the start of 2022 have been postponed while we work to line up additional gap financing.”

Pechota said NRP Group will work with public partners to identify gap funding, but he expects projects to be delayed.

Olive Tree is growing its affordable housing platform focusing on Low-Income Housing Tax Credit 4 percent executions, Bel said, but he noted one of the results of high interest rates is a gap in financing and equity availability for tax credit transactions.

Olive Tree has completed three LIHTC executions and submitted applications for six in Texas and six in the Midwest. A plus for Olive Tree is the firm owns several buildings with land restrictions on them already so it can create and preserve affordable units faster.