Technology is changing at a faster pace than ever before and futurists expect the speed of change to continue accelerating going forward. Rather than falling behind on the conversation 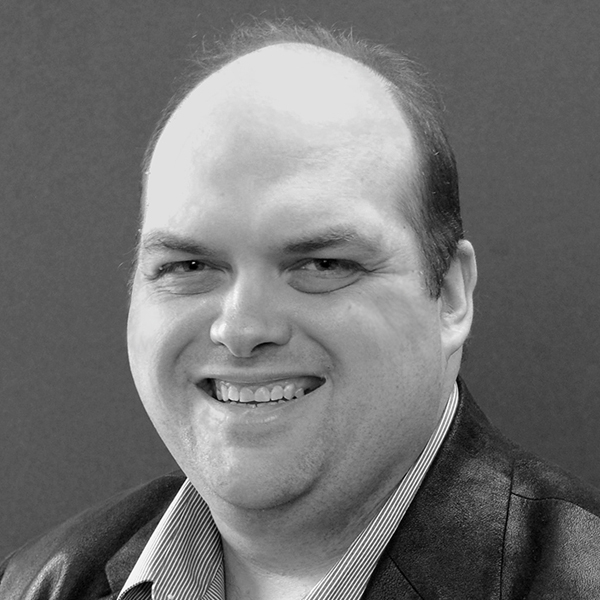 about what’s next, many companies are assigning the role of futurist to a member of the team who then reports back relevant findings on a regular basis. Steven South, IIDA, LEED AP, is one of the resident futurists in the New York office of the award-winning architecture firm Perkins+Will. In addition to his role as associate and senior interior designer at Perkins+Will, South is also the 2013-2014 president of the International Interior Design Association New York Chapter (IIDA NY) and he is a frequent speaker on how the workplace is changing due to social media and new technologies.

According to South, there are five trends in technology and social media that are transforming the built environment: augmented reality, life hacking, social media, crowdsourcing and cloud computing. While they’re already transforming how we live, work and play, these technologies will continue to impact all of us. Advanced research is being conducted in the airline and hospitality industries which are leading the way in implementation. MHN Editorial Director Diana Mosher recently talked to South about keeping up with new technology.

MHN: How do you stay ahead of the trends?

South: We have an innovation incubator program at our firm. We keep up with the latest by attending lectures, following groups or people who are known for talking about these issues and keeping up on it. I have different links set up to send me the scans from the internet and to send me information on these topics. It’s always evolving. Augmented reality basically layers information on a screen or glass that you look through. The information is layered on top of the real space you see visually. For example BMW is starting to train their mechanics using this type of technology so that they wear these glasses and when they look into the car engine, it walks them through how to make the different types of repairs so there’s a consistent level of quality. Corning has also been working on those to find applications for glass and windows. For example, augmented reality, if you’re on an airplane, would let you look out your window and see highlights of features such as mountain peaks or what’s below you. All that information would appear on the screen of the glass.

MHN: So is it a special kind of glass?

South: It’s not a special kind of glass—but it has other technology embedded in it that allows that to happen. This all got started following the creation of the QR code. Smart devices can actually read those, and layer over information on top of that. And so what people have been working on is making devices that you actually wear that help support this kind of interaction with space. It’s a totally different interaction with space than we would normally have. For example, companies are now doing virtual pop-up stores. You can actually lift up your phone and, through the viewing device, all of a sudden a virtual pop-up store might appear on your phone, and you can actually shop. This is being used for targeting marketing and those kinds of things.

This has applications in real estate. They’ve been developing this in the Netherlands. Say you’re a real estate broker, and you want to give your clients your tour of a property, you can aim your phone or your tablet at a building, and all of a sudden it will pull up all kinds of information like when it was built, what space is available, a typical floorplate, and more.

MHN: I heard about that technology from a futurist at the NMHC OpTech Conference several years ago. Is that considered augmented reality?

South: Yes, that’s basically where augmented reality is going. And some of these things overlap with each other. Life hacking is basically taking components and making them work for you and repurposing them. IKEA is a big proponent of life hacking. There are websites devoted to it. People take IKEA products and don’t assemble them for what they were originally intended; instead, they find new uses. For example, someone took an IKEA crib and figured out how to make it into a chicken coop.

MHN: So this is a way to get more IKEA customers? It’s a marketing thing?

South: Sort of. Often people are just more into doing things themselves at home (like 3D printing) and so life hacking ties back into this whole idea. Xbox 360 Kinect systems can be hacked. Users can go in and change the program to suit their needs and change their environment. A group in Paris actually made their own code for their Kinect, and they put a swing in the office. When you’re sitting in the swing and swinging, it puts you in the solar system and the stars that move around you, and it reacts to your motion on the swing. So it starts to be where you’re changing the space to be what you want it to be.

MHN: So that’s life hacking or augmented reality—or a little bit of both?

Crowd sourcing is about searching the public at large for the best ideas. Businesses like Bank of America are using it. When you deposit your check to the ATM they take that check and they digitally break it up. They send it out to 20 people who each verify a portion of the check to make sure it’s valid. So someone is checking the number in the corner and making sure they’re reading that correctly; and someone else is making sure the dollar amount was written correctly in the check, etc.

Companies are also building outsourcing and social media rooms. Basically it’s a big mission critical space with screens all over the wall and they’re watching the information and data come back—or they’re also tracking social media to see what people are saying about their product. So they’re getting real time feedback as people are reacting to whatever their product is. They can actually track that information and use it to help either change how they’re marketing it, or for product development, or to verify that they were correct.

MHN: That’s a really good idea and it must be opening up a lot of interesting avenues in terms of designing spaces around that technology.

South: The crowd sourcing/social media room is a new typology that companies are using. It’s usually a multi-purpose space—usually a wall with screens on it with people sitting there watching the data come in, and people who are working off to the sides and teams to analyze that data to get it back out to the teams in the office. So it’s basically a giant dashboard. Then what companies are doing now with that data is, if you walk by a Starbucks, it knows your phone is there and it can send you a coupon for you to use. As cloud computing [becomes prevalent], consumers can build their own digital wallets. When they go into a shop they use a smart phone to pay; their picture comes up and information about their cards and they tell the merchant which one to use.

Some people find new technology very scary and kind of threatening. One of the things we talk about [at presentations] in terms of future technology—to put it into context—is that when writing and reading were invented, Socrates was actually against it. It was a new technology and he thought it was going to ruin humanity and it was going to make everyone less intelligent; because if you weren’t keeping things in your mind, you were putting them on paper and therefore you were potentially dumbing people down. But today we can’t imagine what we’d do without writing and reading. Throughout time, whenever there’s been a new phase of technology, there has been a reaction to it.

MHN: That really puts everything into context.

South: Cloud computing, for example, is becoming more and more available. Everyone’s accessing everything anywhere and it really frees up people from having to be so attached to space; instead they can make any space work for them.

Glass is an important medium that’s allowing for customization, a trend being driven by Gen Y’s individualism. Hotels are working on this happening. You can go into a hotel room and it can be pre-set to your preferences. So you’d go to the window and swipe your hand in front of it, and the glass automatically becomes opaque so you can’t see out. Or it could become translucent, if you wanted to see trees outside. You could just swipe your hand and a [totally different] landscape comes up on the glass.

MHN: So those choices would be carried through from hotel chain to hotel chain?

South: Yes. When you go from city to city you could bring in your own family photographs. So you want to have that in the room with you. And they’re doing that now with desks. It can be attached to a smart device; it projects the keyboard and screen onto your work surface and it can also project onto a vertical surface. You could have a family picture, you could have a spreadsheet or Microsoft word. Most of them right now just project out a keyboard and maybe a screen. But when the keyboard is projected on the surface, you can actually touch the keys and it still works even though there aren’t actual physical keys on that surface.

The surface is going to be very important—and also how we interact with that surface as well as how we perceive space because now we can add all this virtual information into the spaces as we’re going through them. This technology is basically through projection. Someone at MIT created this device you could wear. By putting some rings around your finger, you can use your hand as a camera and take pictures. And then (using cloud computing) you could project on the wall and edit them.