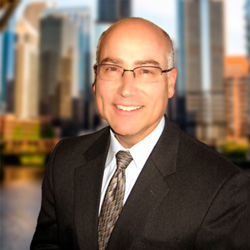 Chicago—Condo conversions can be risky business. That’s the lesson learned in Chicago over the last four years, where many efforts to transition apartment properties into for-sale condominium units flopped—and in some cases even reverted back to apartments once again.

Chicago, the nation’s third largest condo market, saw median sales prices plummet when the economy crashed. The Case-Shiller Home Price Index reports that the Chicago condo index is now back to July 2002 levels, having fallen a total of 22.5 percent from its peak in September 2007.

Steven Maher, managing broker and director of Investment Sales for Kinzie Real Estate Group, has had a close-up look at the Windy City’s winners and losers in sales and leasing for more than two decades. He specializes in urban infill development, particularly in the construction and adaptive reuse of mid and high-rise condominiums, multifamily housing, resort properties and condo conversions.

After taking a close look at trends in Chicago adaptive reuse development, Maher shared his expertise with MHN.

MHN: Condos, especially in urban markets, were one of the development types that really suffered when the economy spiraled. Many of them found new homes as apartment communities, rather than the owner-occupied use originally intended. Where was this type of reuse most common and was it successful?

Maher: We have seen “fractured condominium” projects all over the City as well as in the suburbs find temporary shelter as apartments. In some cases, especially when less than 25 percent of the units were sold, the properties were actually de-converted from condo ownership back to a single PIN and will likely remain as rental apartment buildings for the foreseeable future. In my opinion, this strategy has been most successful with condominium conversions that really should not have been converted in the first place. With adaptive reuse projects and ground up new construction projects that delivered product in 2008 & 2009, location is everything. Well-located projects are starting to have success selling again as condominiums.

MHN: Which parties involved in such transactions really came out as winners?

Maher: In my opinion, probably investors and renters (at least at the beginning)… As the properties went through the foreclosure process developers and banks obviously both lost, as did owners who found themselves underwater on their mortgages and/or unable to sell their homes. Investors on the other had have been able to pick up the properties post foreclosure at prices typically below the cost of replacement. And, although CAP rates appear to be compressing, the market for income producing assets is very strong. As for renters, at the beginning of the cycle when there was a lot of inventory, tenants could find beautifully appointed condos at very reasonable lease rates.

MHN: Is this type of repurposing something that you see as permanent for these properties? Or do you think they can be reinvented again as owned condos later on?

Maher: It really depends on the property. As I mentioned above, if the property was a conversion from apartment to condo and located in an “outer” ring of the City, it will very likely stay as an apartment building. This is provided the property can be or has been de-converted. If however, the building is located in a high demand area or the building has more than 25 percent of the units owned by individuals with an organized HOA in place, it is very likely that the units will eventually be sold as condos. With rental rates climbing, the cost advantages of ownership for those individuals who can qualify for mortgages will begin to be attractive again.

MHN: You’ve been involved in several transactions of this kind. Tell us about the circumstances of the conversion?

Maher: While I have been involved in quite a few transactions like this, two provide interesting case studies:

The first one was a 198-unit condominium conversion of an apartment complex originally built in the 1970s. The original developer had sold 92 condominiums when the market tanked and he was left with 106 unsold units. The property was eventually foreclosed on, but the process took almost two years from start to finish and created a host of issues for the bank and the Homeowner’s Association to sort through. The HOA had been formed but it had not been turned over to the homeowners yet, which was in violation of Illinois Condo Act (the declaration had been recorded more than three years earlier). In addition, many of the 92 homeowners were in foreclosure themselves and were unable to keep up with their monthly HOA fees leaving the associations’ budget in very tough shape. While the bank covered the shortfall each month, the long-term outlook for the property was bleak. The location, style and age of the product made it very difficult to view this as a potential condominium sale down the road and the fact that more than 46 percent of the units were sold made the likelihood of a new owner being able to come in an de-convert the property unlikely. In this particular case, the bank allowed the Receiver and our group to stabilize the 106 unsold units as rental apartments, which created a stable cash flowing asset. With a strong N.O.I. and an HOA no longer in financial trouble due to unpaid assessments, we were able to bring an Investor to the table, who purchased the unsold inventory and continues to maintain the units as rental apartments.

The second transaction involved a 132-unit new construction condominium building in NW Suburban Chicago. The property was designed to have two identical 66-unit buildings but only one of the towers was built by the time the market changed. Although more than 40 percent of the units had originally sold to individual buyers, only six condominiums actually closed. Faced with a tough decision, the developer elected to lease the remaining 60 apartments and engaged our group to lease up the building. The initial leasing went very smoothly and the building continues to run near 100 percent occupancy. Fortunately the developer was able to hold onto the property and is now getting ready to re-launch the project as for-sale condos.

MHN: A stagnant or unfinished project is never good for property values or neighborhood morale. What lessons do you think developers and investors have learned coming out of the economic downturn that will help them avoid such debacles moving forward?

Maher: Stick to the fundamentals! Start with a strong location and build to the needs of the demographic profile in that specific location—i.e. if your project requires you to target a market or price point that does not currently exist in the area—reconsider your plans. Make sure that your capital structure is sound. Banks will likely require a much larger equity position by the developer and will look to see if the project has a viable exit strategy if the sales don’t go as planned.