The company bought the 105-unit community in an off-market transaction. 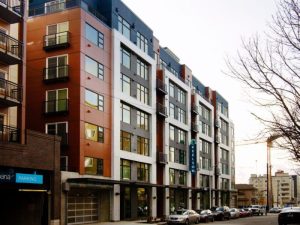 Honolulu-based MacNaughton has bought the 105-unit Keelson Ballard in Seattle for $53.6 million. The company landed $42 million in acquisition financing from First Hawaiian Bank, according to public records. Colliers represented the buyer in the off-market transaction.

Sam Wayne, senior vice president with Colliers, said in prepared remarks that rents in the Ballard submarket and multifamily demand have grown throughout the pandemic, with a vacancy of 3 percent and rents up 13 percent year-over-year.

Completed in 2017, the property offers a mix of one and two-bedroom units ranging from 637 to 1,143 square feet, according to Yardi Matrix data. Units feature high-end finishes and include washers and dryers. Community amenities include a fitness center, clubhouse and a rooftop plaza. A total of 92 parking spaces are also available.

Located at 1537 NW 56th St., the community is some 6 miles northwest of downtown Seattle and has several dining, retail and entertainment options available within a 1-mile radius. The National Nordic Museum is less than a mile west.