Corvias Group, a privately owned, vertically-integrated real estate solutions group, announced that Charlie Smith has been hired as executive vice president of construction where he will oversee all aspects of design and development. 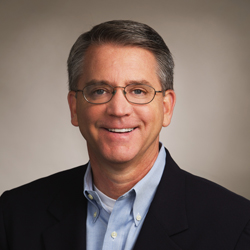 East Greenwich, R.I.—Corvias Group, a privately owned, vertically-integrated real estate solutions group, announced that Charlie Smith has been hired as executive vice president of construction where he will oversee all aspects of design and development.

In this position, Smith is responsible for developing and executing the strategic and financial goals for Corvias’ construction department, as well as long-term planning for the delivery, quality and safety of all Corvias Military Living and Corvias Campus Living construction projects. He will report to Michael De La Rosa, chief operating officer for Corvias Group.

Smith brings over 25 years of experience in commercial real estate and construction to Corvias. Most recently, he spent nearly six years as Executive Vice President of Portfolio Operations and Lodging at Lend Lease in Nashville, Tenn. While at Lend Lease, Smith oversaw projects that were a part of the Privatization of Army Lodging (PAL) program. He was responsible for the transactions and financing for all of the phases of the program, as well as overseeing the development, construction, asset management and property management.  The work included significant renovations and upgrades to existing buildings as well as the construction of new hotels across the Army’s entire portfolio.  This includes the development and construction of a new Candlewood Suites hotel on Fort Riley, one of the installations where Corvias manages housing. His work resulted in the addition of more than 11,600 hotel rooms on 41 military installations throughout the continental U.S., Alaska, Hawaii and Puerto Rico.

Smith holds a Bachelor of Science degree in civil engineering, as well as a Master of Engineering in structural design from the University of Tennessee. He is also an active member of Urban Land Institute (ULI).