Community Housing Works completes a major remodel and upgrade to a 40-year-old HUD community in Vista, Calif. The program involved investing $1.2 million into green upgrades. Check out a before and after slideshow. 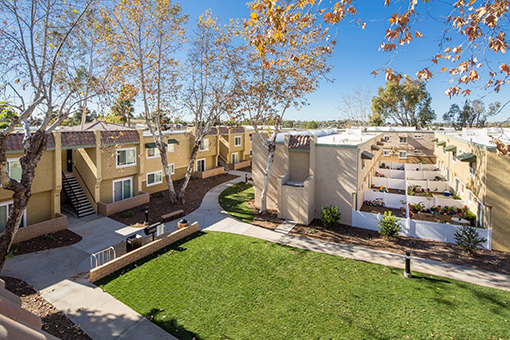 The community is now water and energy efficient, and produces nearly all its electrical needs on site.  Among the upgrades are solar photovoltaic electric generation and water-wise irrigation, which will help ensure affordability and sustainability over the decades to come.  In addition, the resident experience will benefit from the redevelopment’s provision of new kitchens and bathrooms, as well as a community building with state-of-the-art computer lab.

The revitalization of Los Robles Apartments represents CHW‘s sixth successful major reinvestment in a rental community originally financed by HUD. CHW acquired the property last year, utilizing a Low-Income Housing Tax Credit investment and construction loan from Union Bank.  The goal was to preserve the apartment homes as affordable for a number of groups, including lower income people, working families, older adults and people with disabilities. 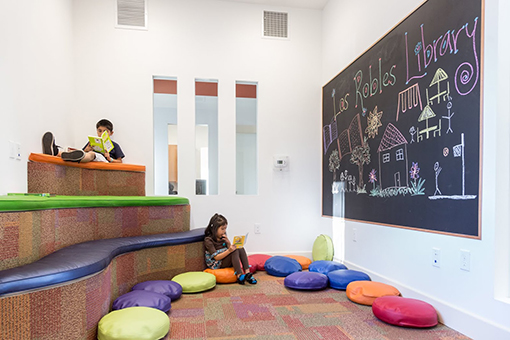 Built in 1974, Los Robles Apartments was very much in need of work.  “We were able to redo all the systems, including underground renovations of the sewer system and the sprinklers, because we looked underground and found bad conditions,” CHW senior vice president Anne Wilson tells MHN.

In addition, she says, the useful lives of cabinets and flooring had long since expired.  “We just had to replace them. There are only so many times you can fix a cabinet until there is no other place you can put a screw.”

A key to the renovation was a $500,000 “green grant” from NeighborWorks America, according to Wilson.  “[The grant] funded a big part of the energy retrofits.  That is a big grant these days,” she says, adding that the grant made possible another $6,600 per unit in upgrades and renovations. The total invested in green upgrades was $1.2 million.

With the goal of longterm sustainability, CHW installed Energy Star appliances, low-e windows, ‘cool’ roofs and domestic solar hot water panels (all via the “green grant” from NeighborWorks. Additional green features included a 125 KW photovoltaic system funded with a grant from the California Solar Initiative. The more brick and bones upgrades were made possible via a $6.6 million investment from Union Bank.