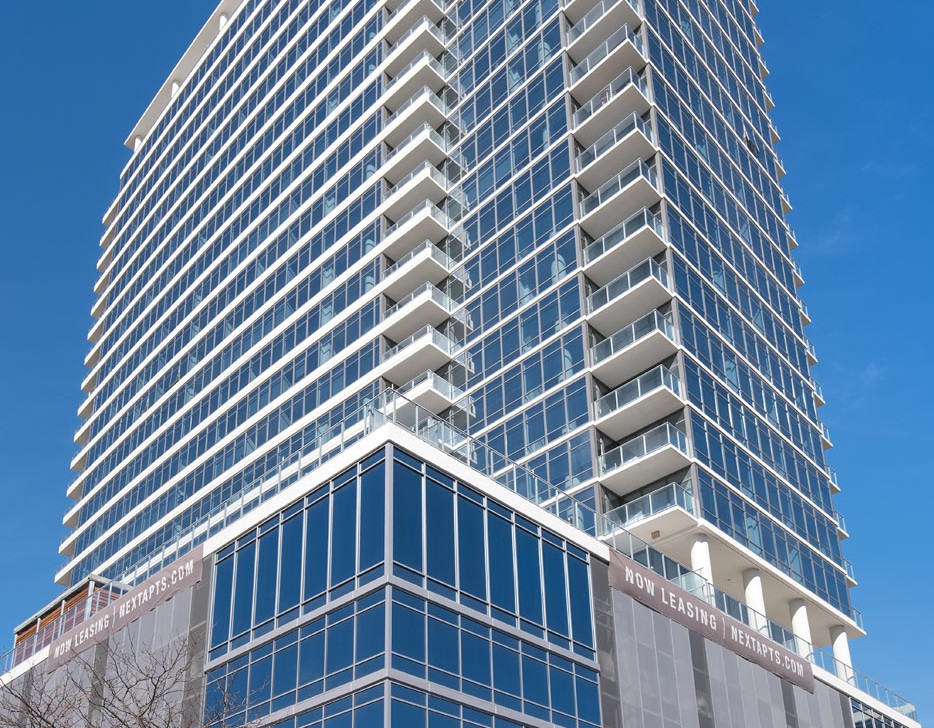 NEXT Apartments has become the only new-construction building in Chicago to be awarded a Three Green Globes certification from the Green Building Initiative (GBI), a commercial building certification equivalent to LEED Gold. A project can be awarded between one to four Green Globes, with three earned for best practices regarding energy, water and environmental efficiency.

Chicago-based Fifield Realty Corp., the development arm of Fifield Companies, completed the property in the River North neighborhood in September 2016. It is now 97 percent leased.

Fifield used water-conserving fixtures and appliances, as well as LED lighting, smart building controls and HVAC systems to help meet the Three Green Globes standard. Green roofs were incorporated to improve insulation of the roofing system and, along with daylighting, to improve views and overall well-being.

“We selected River North as NEXT’s home due to the dense urban location and easy access to public transportation,” said Steve Fifield, chairman of Fifield Cos. “That allows our residents freedom from their cars. This decision also factored into our green certification.”

Coinciding with NEXT’s one-year anniversary recently, Fifield Cos. has also enhanced two of the tower’s most popular amenity spaces—the fitness center and the golf room. NEXT’s fitness center was reconfigured by Technogym to include more open space, a new treadmill, elliptical trainer and multi-function circuit, and two new stair-climbers.