At New Master Community, Things Look Good From the Middle

A joint venture's new residential property in the center of an L.A. master planned community is already gaining lots of interest. 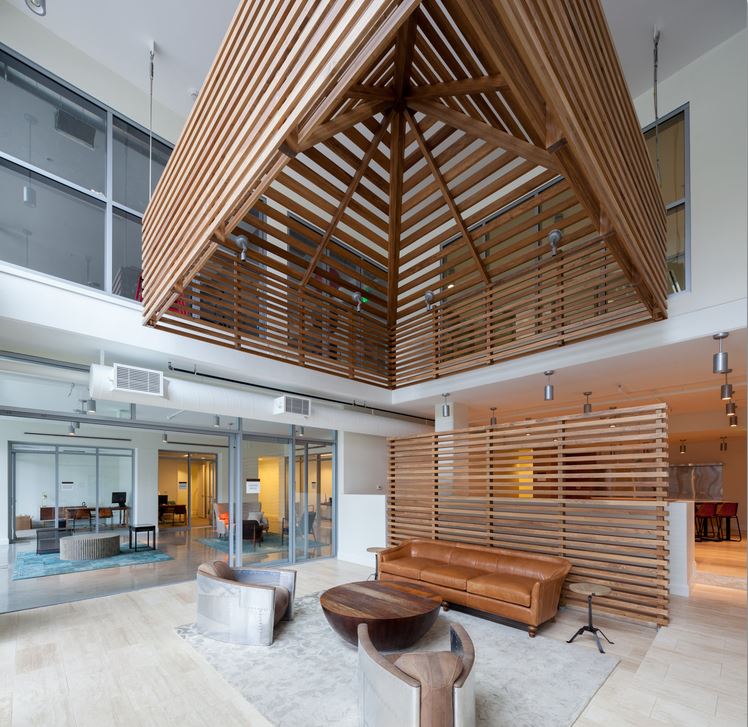 Playa Vista, Calif.—Lincoln Property Company and Phoenix Property Company have teamed on construction of the first of four residential properties in the new Runway development in the heart of the burgeoning Playa Vista community on the west side of Los Angeles.

“We have the great distinction of being at the dead center of the master planned community known as Playa Vista, which is a 2.0 version of a master community, with different developers building every few blocks so it has a lot of differentiation and architecture,” David Binswanger, Lincoln Property Company’s executive vice president, told MHN. “Plus, you get a school, great infrastructure, open space and all these great things.”

The first building, with 100 units, has achieved two-thirds occupancy only six weeks after opening. An additional 320 units in the remaining three buildings are expected to be ready for occupancy by year’s end.

“We are thrilled with the public’s reception of the first multifamily building at Runway Playa Vista,” Binswanger said. “The leasing success reflects the market’s enthusiasm for these kinds of communities on the Westside—all-inclusive neighborhoods that foster collaboration and innovation by promoting a sustainable, walkable urban lifestyle.”

According to Binswanger, leasing activity has been boosted by young professionals, empty nesters and students from nearby Loyola Marymount University.

“We brought in really contemporary architecture inside, and brought in smaller units for the most part because the crowd that’s leasing from us is mostly Millennials, and they need less and less space,” he said. “The rest of the time they want to be in the common areas enjoying the amenities.”

Along those lines, the community features three barbeque decks, a pool deck, cabanas, a hot tub, plus good Wi-Fi and download speeds available throughout. Every apartment also has an outdoor balcony.

“Additionally, within our project, beyond the multifamily, we built in retail amenities with 250,000 square feet of retail, anchored by a Whole Foods and Cinemark Theater,” Binswanger said. “The macro played a large influence in this project and it appears it was a really good time.”

Located in the heart of Playa Vista and adjacent to the Silicon Beach commercial district, Runway is a short drive from the thriving Abbot Kinney corridor in Venice, Los Angeles International Airport, Santa Monica’s Third Street Promenade and three major Los Angeles universities—UCLA, LMU and USC. The area is also within walking distance of the Silicon Beach commercial district.