The theory that what goes up must come down doesn’t apply to multifamily rents. But the growing need for more affordable housing demands more inventory—and achieving that goal requires developer incentives. 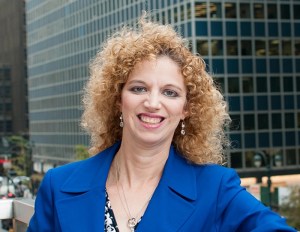 The theory that what goes up must come down applies to gravity but not so much to multifamily rents. While rental rate growth has slowed in recent months, the lowest relative level it has reached is a flattening in September (when the average national rate stayed at $1,718, according to Yardi Matrix data)—and it’s not likely to drop. For owners, that’s of course a good thing—who wants to lose value? For renters, prospects may be a bit scary as the percentage of income spent on rent continues to rise. A shortage of affordable housing doesn’t help, and that’s where the two sides of the rental business could meet.

There is growing demand for both low- and middle-income housing, driven by a number of factors: rising single-family home prices, Gen Zers moving out of their parents’ homes, a growing preference for renting among Millennials and a large number of ethnic groups, aging baby boomers seeking flexibility. Yet only 10 percent of the country’s 43.5 million multifamily rental units fall into the affordable housing category and 15 percent are targeted for what’s being termed the “missing middle”—non-tax credit-backed housing for middle-income, essential workers, according to speakers on a panel I moderated at the National Association of Real Estate Editors annual conference in mid-October.

Neither sector is seeing much new property added, according to JLL Capital Markets senior managing director Doug Childers, thanks to an ongoing shortfall in tax credits, rising materials costs and construction delays. Construction costs are a particular factor for developers deciding between middle-income and Class A housing, as is restrictive zoning, noted Paul O’Shaughnessy, senior vice president of development for Grubb Properties, which focuses on essential housing.

Meanwhile, middle- and lower-end housing is losing inventory, argued Caitlin Sugrue Walter, vice president of research for the National Multifamily Housing Council, during the NAREE conference. She noted that from 2015 to 2020, the increase in rental rates caused some 4.7 million units to rise above a $1,000 affordability threshold.

NMHC has been working with policymakers to expand programs to encourage development of low-income housing, she said, and a number of federal actions were recently announced. Among them were revisions to LIHTC criteria and increased financing flexibility by the government-sponsored enterprises. Creation of tax credit programs could encourage greater development of middle-income housing, as well, Childers suggested.

A growing number of proptech solutions can help property owners keep existing housing affordable, our editor Jordana Rothberg discusses in the article “Where Proptech Meets Affordable Housing.” Savings in areas from construction to operations can reduce pass-along costs. And some solutions can help residents directly, such as helping them save toward a down payment on a home.

Now those are ways to defy gravity.