7 Deadly Construction Sins That Can Lead to Litigation

These potential problems require supervision, oversight and continual observation to detect, and a timely response is required to resolve them. 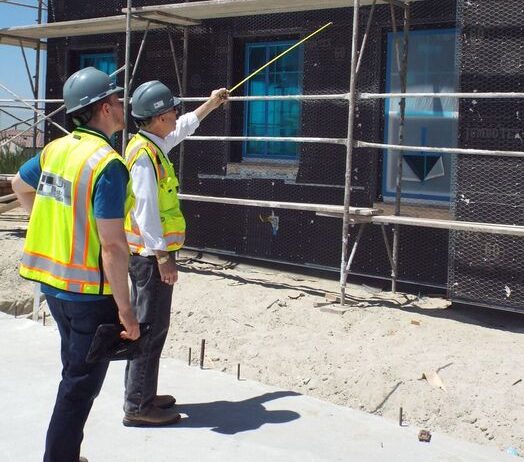 We know the building process is not perfect, and in our business, we have seen it all. So, what are the typical construction defects found in multifamily projects that can lead to litigation and what are the primary causes?

Based on our analysis, there appears to be no single issue or cause. However, our research does point to three key problematic elements: 1) deviations from approved architectural plans, 2) deviations from approved manufacturer recommended materials and 3) deviations from standard field quality practices. Labor shortages and lack of adequate trade contractor training contribute to the quality issues we see in the field. Each of these factors vary in severity across the many different US housing markets. They also vary with respect to building types and different building assemblies.

We have identified the following “seven deadly sins” as common problems that can lead to litigation. These potential problems require supervision, oversight and continual observation to detect, and a timely response is required to resolve them.

Framing members are the skeleton that support the entire building. Improperly constructed components in these systems may increase the likelihood and extent of damage, as well as possible injury to occupants. The cause could be attributed to material deficiencies or labor issues or both. Fortunately, the majority of multifamily projects are designed by experienced architects and structural engineers, both of whom closely follow professional standards of practice and prescribed local building codes. In turn, general contractors routinely follow these technical specifications outlined in the Construction Documents (Architectural Plans of Record and Specification Books). Critical assemblies are then inspected by a combination of local government building officials and Third-party QA companies typically required by insurance companies. Quality problems emerge when framing assemblies are haphazardly constructed by poorly trained piece rate laborers or tight construction schedules result in short cuts of oversight.

On some projects we have seen connection hardware replaced with products not tested and certified or agency approved. These unapproved field changes (without the Engineer of Record review and approval) can affect the structural integrity of bearing walls, for example. We have also seen beams installed upside down, headers under-sized, joist hangers not properly secured (every hole requires a nail), wrong nails used and shear panels with edge nailing too widely spaced and load paths interrupted. At one installation, we observed a “shear panel” consisting of two narrow sheets of OSB side by side, butt-jointed together, between two outside structural hold downs, resulting in zero shear value.

Water leakage from any source can result in unhealthy living conditions from mold growth, drywall damage and interior structural damage occurring over time. The functionality of flat roofs on multifamily projects roof-top decks over living spaces (functioning like a walkable roof) can become a potential water intrusion liability depending upon the type of roofing assemblies and waterproofing systems designed and installed. This is especially true if a green roof design is selected.

An even more important consideration is the physics of moisture movement through the roofing assemblies. Some interesting and bizarre effects include water blisters forming under roofing membranes, causing delamination and rotting of the roofing substrates. This can result from moisture drive by thermodynamic forces acting on the building. However, the science behind properly anticipating vapor drive and condensation effects may be outside the common architectural design approach and may require a building envelope consultant. Managing this internally generated moisture through properly designed roofing with integral ventilation systems should be a high priority for project owners and their design teams. Keep in mind that many of the most vulnerable roof installation defects are out of sight and consequently create longer term deterioration.

The worst example we have seen resulted from the installing contractor missing a radius-top window flange by .25 inches with the necessary flashing membranes, thus causing interior water leaks running down the living room wall. This condominium owner was rightfully concerned and a $2 million lawsuit resulted, which finally settled out of court for $400,000, thus avoiding a more costly jury trial. Cost-effective steps taken during construction could have prevented this unfortunate outcome for all parties. This would have included proper trade training on mock-up window assemblies, water penetration spray testing, responsible field supervision by the general contractor and independent third-party QA oversight.

Mechanical, Electrical and Plumbing (MEP) designs and installations are somewhat less prone to deficiencies because they are typically installed by professionals who are trained, tested and licensed. Nevertheless, construction defects do occur and can cause life-safety issues as well as substantial damage giving rise to monetary settlements. Often defects in electrical wiring and plumbing are hidden behind walls and ceilings, under floors, and are difficult to find and repair.

We have seen dryer vents plumbed into common wall assemblies and attics, forcing hot humid air into relatively colder cavities where the moisture condenses and creates mold growth and rotting framing members, leading to building deterioration. Missing nail plates which have caused nail penetrations to Pex, CPVC and copper water supply lines are also an example of poor workmanship. In one case, the sewer drain line was punctured allowing black water (raw sewage) to leak into the wall cavity. We have also seen foreign-sourced cast iron sewer pipes with variable wall thickness, splintering inside the building envelope. Fortunately, this was prior to occupancy and no black water was in the plumbing system. Documenting products such as these with chain of custody tracking protocols from cradle to grave may become necessary. Builders should remember the “Chinese Drywall” problem that started back in the early 2000s, originating from unreliably sourced products.

In California, developers and contractors are preparing to meet the state’s stringent energy conservation mandate by 2020. Many building components contribute to this objective, with one example being QII (Quality Insulation Installation). Until recently, this had not been a high priority for project sponsors unless they voluntarily pursued green initiatives or faced a green project requirement by the governing agencies. Fortunately, more installing trades are learning about the thermodynamic basics of insulated wall systems and becoming better trained in the installation process. Equally important, the industry is moving toward exterior rigid insulation systems to achieve better overall energy performance. We expect this building envelope solution will be one of the necessary elements adopted to meet the energy conservation objectives.

The structural integrity of a building could be compromised from corrosion of concrete reinforcing hardware such as rebar, post tension cables and connective steel straps. Improperly mixed concrete (e.g. too much water in the design mix) can also result in weakened concrete due to high porosity which is more vulnerable to vapor transmission and possible damage to structural embeds from soluble sulfates in the native soils. Claims relating to defective concrete foundations had been common and Plaintiff law firms had previously won millions in settlement dollars through jury and non-jury trials. The good news is most builders today are specifying Type 5 sulfate resistant concrete, with low water cement ratios of .5 or .45 where the soluble sulfate soil conditions are moderate to extreme. In addition, proper coordination between the geotechnical report and the construction documents can prevent issues arising from soluble sulfate in soils. However, if plans are not verified that designs and specs conform with the underlying soil conditions, problems will arise.

Brick, rock, aluminum, wood, fiber cement, vinyl and stucco are typical exterior cladding systems that protect the building structure and its internal systems while giving the building and project a pleasing and functional esthetic appeal. Improperly installed, without close attention to material transitions and exterior penetrations, can result in significant water intrusion problems. Failures in the exterior siding can lead to the removal of the assembly to identify the sources of entry—always difficult to isolate and eliminate. Other issues we have seen at material transitions along building elevations and at window/door locations include chemically incompatible sealants and membranes, with one causing the other to melt with a black goo oozing out onto the exterior surfaces. These are signs of potential supervisory failures, such as: 1) incompatible materials and products being used, 2) manufacturer requirements and instructions were not followed or poorly executed during the field installation, 3) materials submitted were not properly verified, and/or 4) field substitutions were not reviewed by a design member knowledgeable on the potential implications of the change.

Safety is a critical issue in balcony design and construction—whether a four-story wood-frame podium structure in Los Angeles or a 60-story concrete/steel high-rise in Miami. Critical yet occasionally missing design details should include a step by step installation sequence for complex flashing assemblies such as saddle-flashing of cantilevered structural supports, proper integration of deck waterproofing membranes with the through-wall scuppers on enclosed balconies, as well as roof-to-wall and balcony-to-wall intersections.

As simple and obvious an error as this may seem, we have observed deck and balcony assemblies constructed with reverse slopes which concentrates the water at the wall to deck interface, rather than away from the vertical plane of the building. Slopes of .25 inches per foot minimum seem hardly adequate except for low rainfall regions. These types of oversights can result in rotting structural members leading to catastrophic failures. This could have been a contributing factor in the balcony collapse in the summer of 2015 that killed six students in Berkeley.

In ancient times, the Code of Hammurabi enacted by the sixth king of Babylon, ruling from 1792-1750 B.C., contained 282 laws inscribed on 12 stone tablets placed in public view. This code governed many aspects of life in their rapidly expanding civilization and several of which provided early guidance for builders as to the dire consequences of their building failures.

In 2018, some 3800 years later, the construction industry has clearly evolved in many ways, but not so much in other ways, along with the legal framework for resolving disputes arising from construction defects. While the defects and failures are significantly different today in western civilization, unfortunately, they still exist and warrant our close attention to not only find and resolve, but more importantly to prevent in the future. I am amazed when visiting European cities and observing structures standing and functional over centuries, while some wood-framed U.S. buildings may be lucky to last the length of the mortgage financing them.

Don Neff, president of LJP Construction Services, headquartered in Irvine, Calif., has been at the forefront of the quality assurance movement on behalf of builder and insurance clients for 25 years. LJP has raised the QA bar and pushed the limits of quality control with ever evolving means and methods—tools in their consulting toolbox. Since its founding in 1993, LJP Construction Services has assisted 2,000 commercial and residential clients nationwide including builders that have constructed more than 100,000 homes, apartments and condominiums throughout the US. More recently, LJP has tracked construction inspection data coast-to-coast over the past several years with its proprietary CaptureQA® digital app, monitoring construction of all building types. LJP’s services also encompass owner representation, risk management consulting through the entire construction process including asset management. For more information, visit http://www.ljpltd.com.