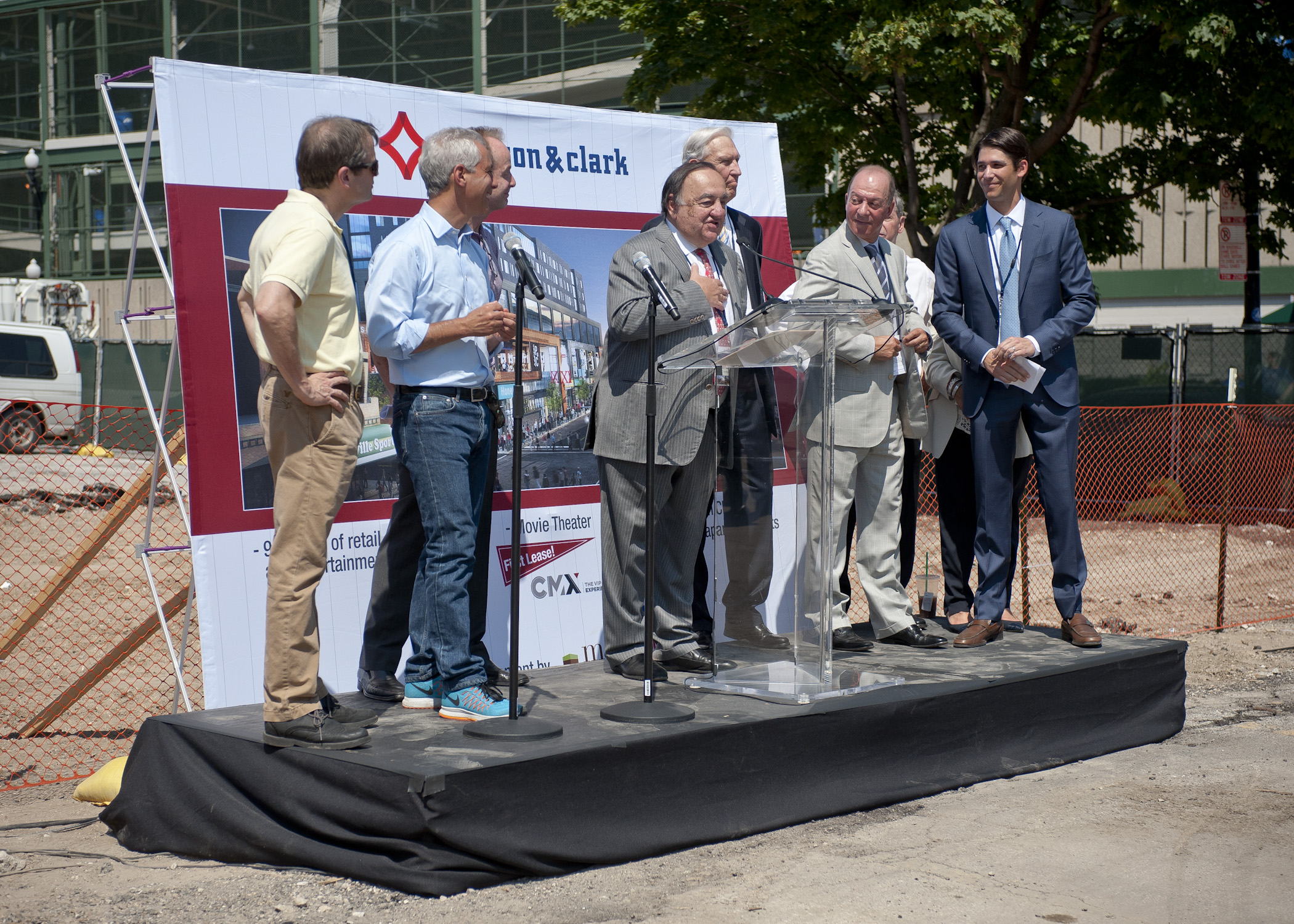 Chicago—It had all the buzz of a home opener, or one of the home team’s all-too-rare forays into the postseason playoffs. Everyone from dignitaries to everyday folks descended on the fabled Windy City intersection of Clark and Addison to witness drama in the making.

But this time, the action wasn’t inside ancient Wrigley Field, home of baseball’s Chicago Cubs, on the north side of Addison Street. Instead, it played out across the street, as Itasca, Ill.-based M&R Development hosted a recent groundbreaking event to fete the start of construction on a new mixed-use development called Addison & Clark.

A joint venture involving M&R Development and Bucksbaum Retail Properties LLC, the transit-oriented project on Addison between Clark St. and Sheffield Ave. will offer 148 luxury apartments divided among studio, one- and two-bedroom residences. Also included with be a full suite of luxury amenities, 150,000 square feet of first- and second-floor commercial space and 405 indoor parking stalls available to residents, retail patrons and the public at large. 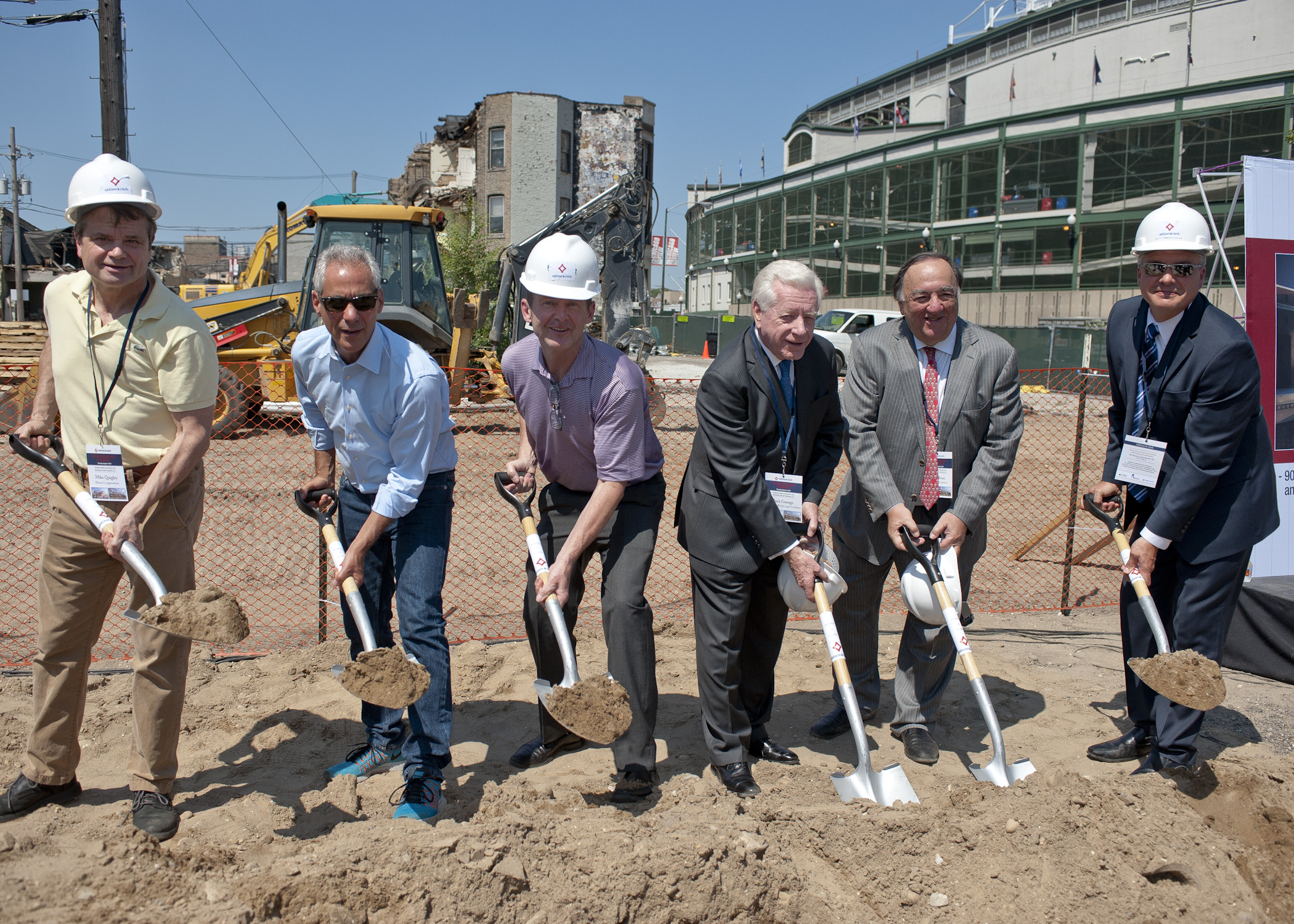 “Both inside and out, success is on its way,” Bucksbaum told MHN, alluding not just to Addison & Clark but to the Cubs’ best chance in years to win a pennant. Added Rossi: “I started working on this in 2006. We had to have a lot of patience and a lot of tenacity.”

Tunney told the scores of celebrants in attendance that reaching this point required “dozens of meetings with the community . . . and two trips to the plan commission.” But the result is a new addition that should perfectly blend into its Wrigleyville environs. “This is truly a transit-oriented development, adding density where it belongs,” the alderman stated.

Especially cheered was the announcement that in addition to housing a full-service fitness club and best-in-class dining and shopping, Addison & Clark will bring a much-needed cinema to the neighborhood. The world’s seventh largest cinema chain, Cinemex, operating as CMX, is planning a 10-screen, luxury dine-in movie theater, its first entry into the city of Chicago. 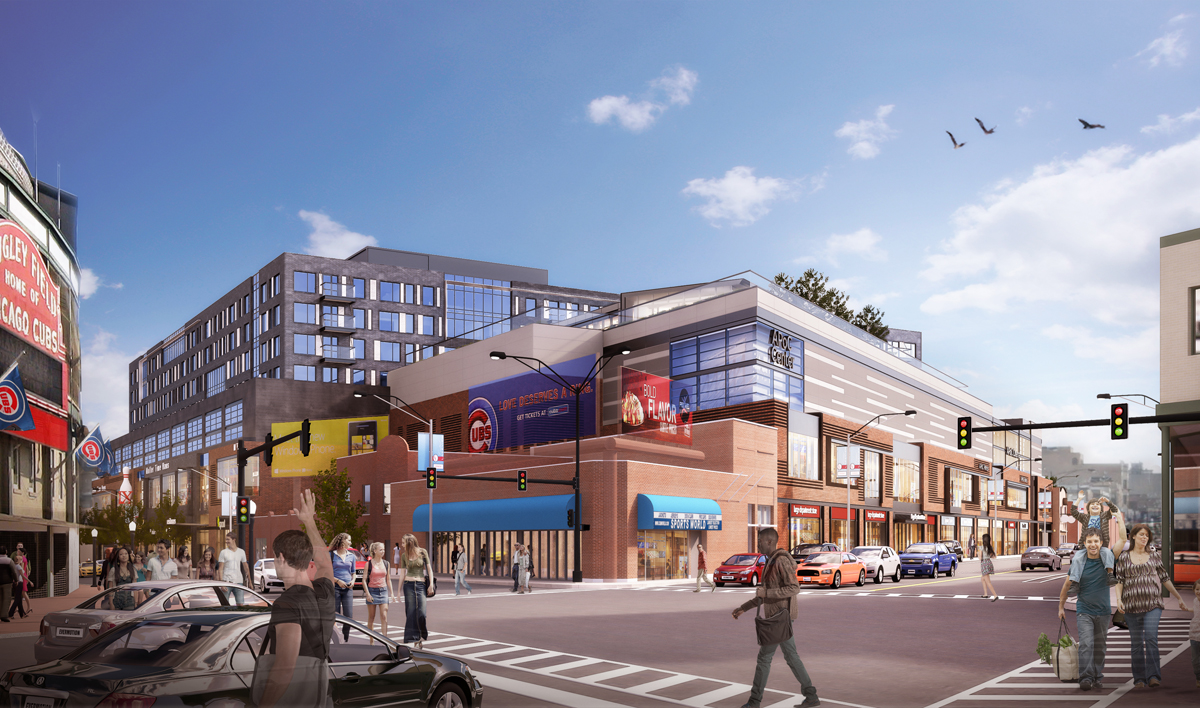 Luxury amenities will include a more than 5,700-square-foot clubhouse and fourth-floor amenity deck with pool and spa. Elsewhere, a fitness center, community kitchen and cyber café with a business and conference center will beckon to residents.

“The area immediately surrounding Wrigley Field may be going through one of its biggest changes in decades, but one thing that remains constant is the neighborhood’s undeniable charm,” Rossi said. “In the spirit of progress sweeping through area streets, Addison & Clark was designed with a high-end sensibility that will finally give renters-by-choice an upscale experience not currently available in this historic Lakeview enclave.”

All of which has prognosticators forecasting that at an intersection long renowned for lovable losers, there may eventually be winners on both sides of the street.