The workforce housing segment continues to be one of the most difficult to finance, exacerbated by mounting input costs and ambiguity around its definition. But local-level initiatives offer some solutions. 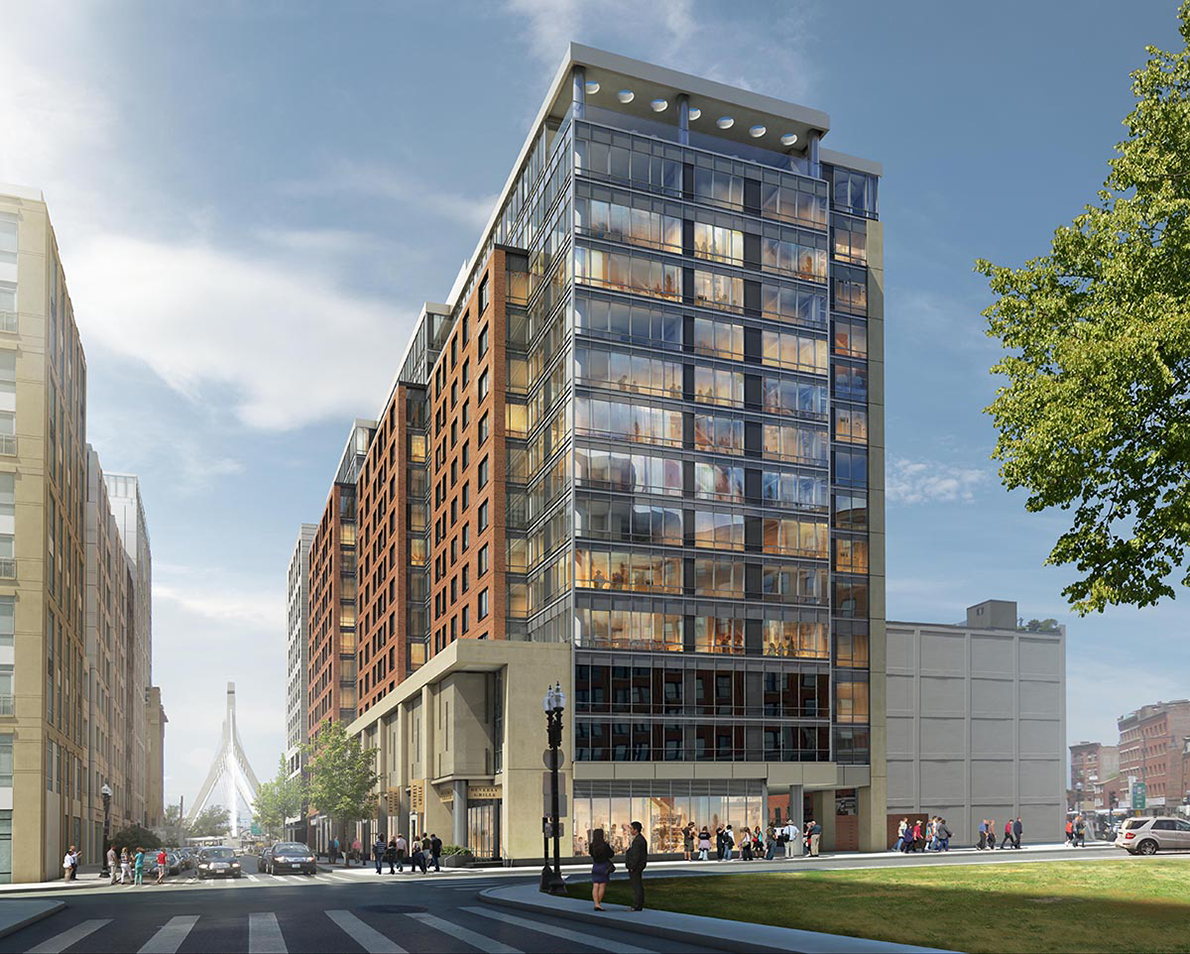 For decades, the workforce housing sector has met with a host of financing obstacles, not least among them ambiguity around its definition. In recent years, the segment has faced pressure from escalating input costs, moderating income growth and compressed yields, which have imposed barriers to producing more units. While some innovative solutions have arisen at the state and local levels, the sector still faces a number of challenges.

“At Freddie Mac, we know (workforce housing) when we see it, and we have ways to define it (based on) our data,” said David Brickman, executive vice president & head of the GSE’s multifamily business. But for the agency and many other organizations in the workforce housing sector, a fundamental difficulty is that there’s no standard characterization of the asset class. “For some, it’s anywhere from 60 to 80 percent of AMI—that band is the toughest (to serve)—all the way up to 140 percent of AMI,” noted Steve Ervin, head of HUD production at Berkadia. “Despite the fact that we’ve heard the term for a while, the real work on the conversation about workforce housing is in its infancy.” 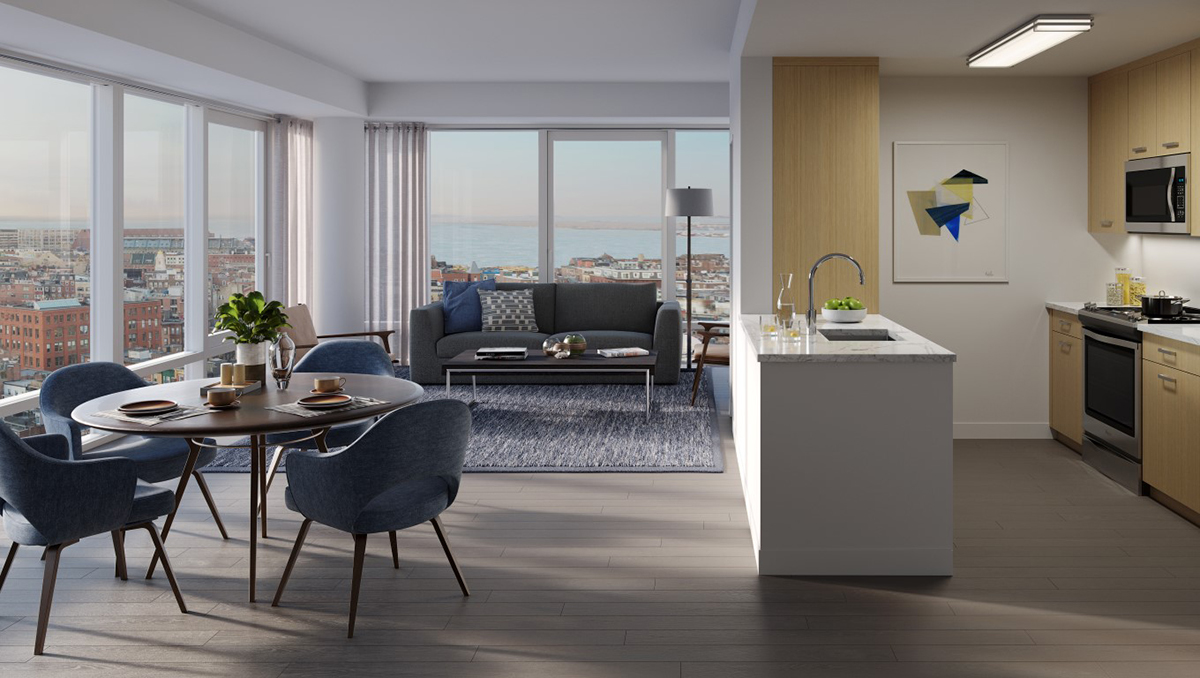 Attempts to establish a common criteria have resulted in additional dissimilarities. Some hold that communities receiving financial support from the federal government should be considered conventional affordable instead of workforce housing, while others argue that this is too narrow a distinction and one that denigrates working families living in subsidized housing.

A more inclusive definition is one that focuses on the resident’s perspective, rather than that of a developer or investor, suggested Chrystal Kornegay, executive director of MassHousing, a self-sustaining public agency that finances affordable homes and apartments in Massachusetts. “It needs to be made clear that people who live in traditional affordable housing are also part of our workforce,” Kornegay elaborated. “So we can’t reduce support for those income groups.” Currently, the workforce housing initiative serves households from 61 to 120 percent of AMI.

“So much of people’s perspective (centers) on the capital stack and creating subsidy or loan programs,” concurred Vice Chairman of Related Cos. Jeff Brodsky. “But the cost structure of creating new workforce and mid-market housing can also be improved.” He cited a number of ways that cities can reduce entitlement length, cost and uncertainty for developers through the use of as-of-right zoning, fast-track permitting, density bonuses, real estate tax abatements and unrestricted access to labor. They can also reduce parking requirements and embrace autonomous vehicles combined with transit-oriented developments as a savings driver: “That’s not a small thing,” Brodsky noted. “In new construction, a (single) parking space can cost $20,000 to $50,000.” All the costs that can be removed from the development process can be converted to lower rents for middle-market residents. 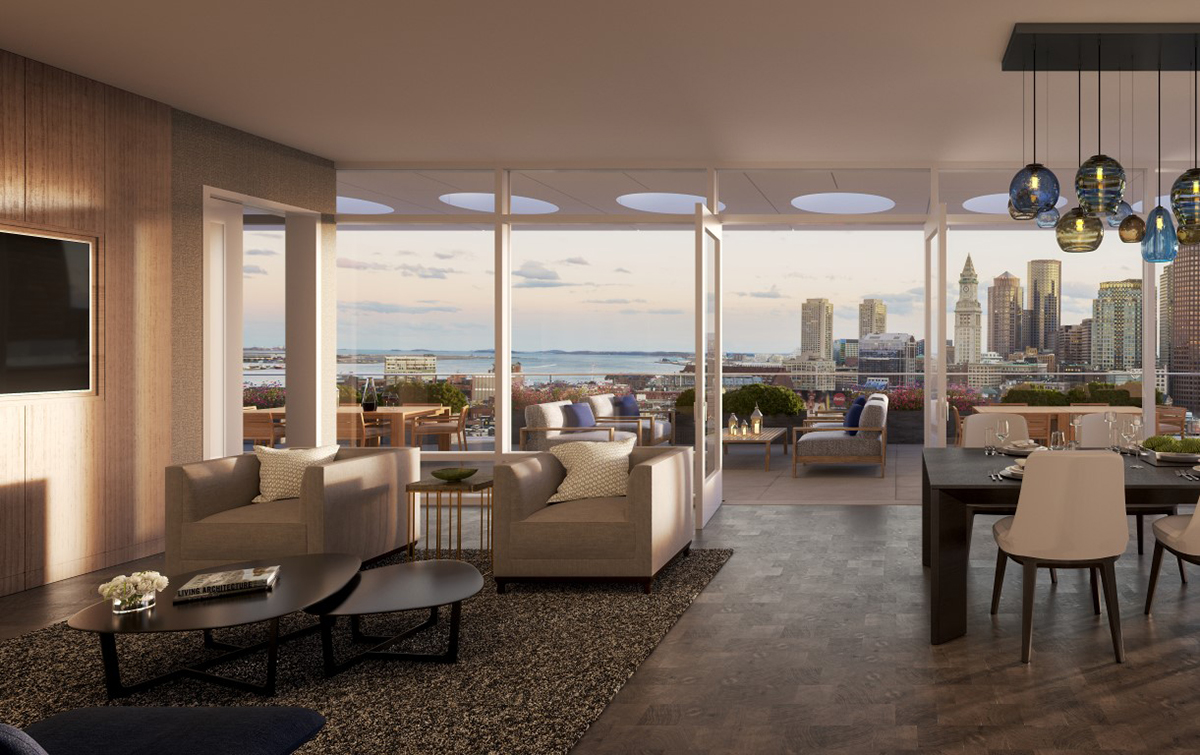 But middle-market housing does not have a natural solution set. “Local solutions can often be implemented faster and with more creativity than national programs,” Brodsky explained. “This is a change in major dynamics from traditional low-income affordable housing solutions that are typically federal-oriented.”

At the same time, Brodsky conceded, multiple local custom initiatives make it exceptionally difficult to scale a solution to this national problem. “If you need hundreds of thousands of these units to satisfy the national demand, this will need to be overcome with the engagement of the local development community in crafting solutions that will create the housing that cities need to attract the workforce their employers need, and to grow their economy.”

A challenge that statewide programs encounter is the income disparity between markets that makes it unfeasible to dictate widely affordable rent levels. Instead of applying a standardized approach, understanding the unique characteristics of local markets and tailoring strategies to meet varying needs have been MassHousing’s key objectives. “We ask ourselves who we mean when we refer to the workforce, what barriers exist to housing and how we can overcome them,” Kornegay explained. “Then we try to determine what market rent is in a particular community and set (workforce housing) rent levels that are typically 10 to 20 percent below that.” In doing so, MassHousing is able to bridge the gap between a property’s value and the cost to build or preserve it.

“There are several unique approaches being taken at the local level, which is perhaps a change in major dynamics from affordable housing (solutions) that are typically federal-oriented,” said Brodsky. For that reason, the New York-based development firm is focused on following local initiatives aimed at reducing barriers to workforce housing.

“Of the U.S. rental supply, 85 to 90 percent has been in the luxury space because construction, land and material costs have grown to the point that the only type of development that makes (financial) sense is luxury for-rent or for-sale housing,” stated Senior Managing Director of Capital Markets for TruAmerica Multifamily Noah Hochman. Furthermore, “Not in My Backyard” (NIMBY) opposition continues to restrict the supply of new development, regardless of affordability level. 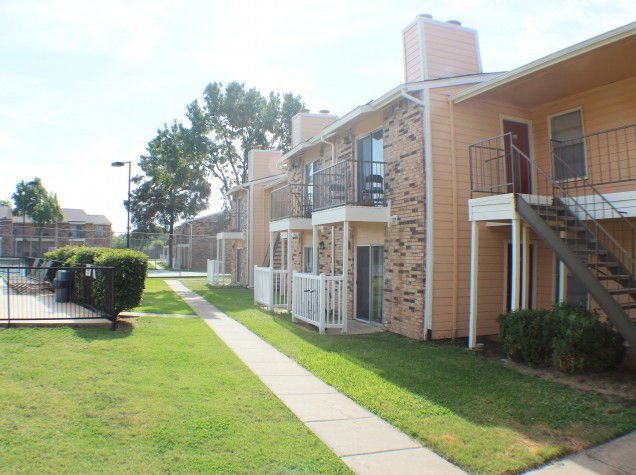 An active player in the workforce housing space, TruAmerica acquires most of its financing through the government-sponsored enterprises (GSEs)—Fannie Mae and Freddie Mac—in order to get attractive loan terms and pricing. “Since we do light renovations, we don’t cause a lot of chaos at our properties or disrupt operations in a way that drops occupancy,” Hochman said.

These increasingly expensive inputs have made it particularly burdensome for developers and investors to operate within the workforce housing sector. “The economics of developing lower-rent housing are very challenging, just by virtue of the costs of construction and land, as well as the reality that the (economic) differences between building Class A and Class B are fairly negligible,” held Brickman.

Market-rate equity providers require a rate of return that makes it difficult to serve low- and moderate-income renters without relying on subsidies, further underscoring the financial burden of building new workforce housing, explained Simpson, Fannie Mae vice president of affordable and green financing. According to Billy Meyer, managing director of Seattle-based direct private bridge lender Columbia Pacific Advisors, “The returns aren’t there for the private sector to focus its time, energy and effort on workforce housing. It’s hard to find good enough locations at a low enough basis to execute a plan that provides an adequate profit margin for the investor.”

Hard, but not impossible. In June, Columbia Pacific Advisors provided mixed-use developer Hudson Real Estate Holdings with a $14.8 million bridge loan to refinance and revamp The Hudson Hotel in Kissimmee, Fla., turning its existing 403 rooms into an Extended Stay Micro Suites property. The Orlando-area asset is located in a high-demand submarket, Meyer described, keeping occupancy high. Because the old hotel was acquired at a low basis, the developer was able to make cosmetic improvements—such as upgrading common areas and interior finishes—while keeping rents affordable for local working families, many of which are employed by Disney.

In higher-cost metros, some developers have opted to create their own funds, not only to maintain long-term affordability in their respective markets but also to deliver financial, social and environmental returns to the investors and communities they serve. In May, Washington, D.C.-based owner and developer JBG SMITH Properties unveiled the Washington Housing Initiative, a partnership with area nonprofit Federal City Council that will leverage private and philanthropic capital to build or preserve 2,000 to 3,000 units of affordable workforce housing in the region over the next decade. 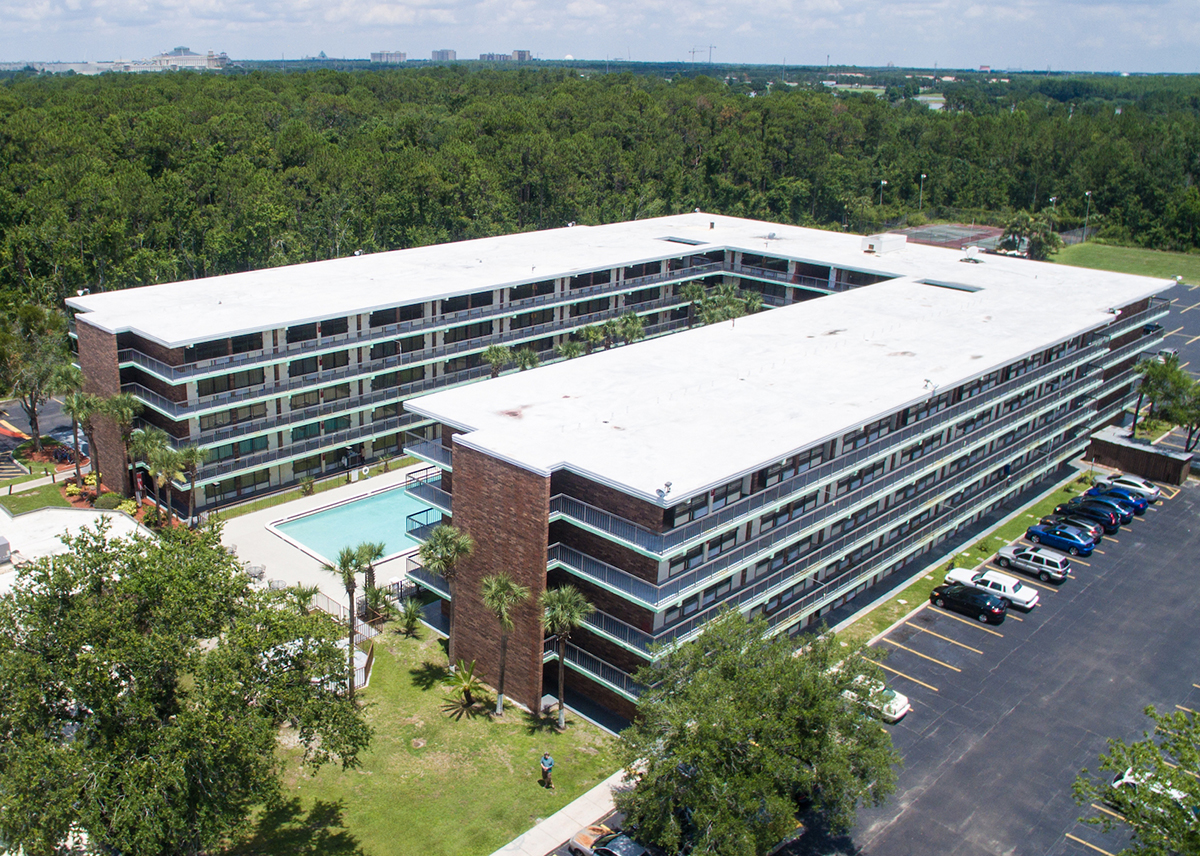 The initiative addresses additional challenges to workforce housing: moderating wage growth and its impact on economic development. “This is one of the least talked-about issues impacting (the sector) today,” claimed Simpson. And with rents increasing more rapidly than incomes, residents are often spending far more than 30 percent of their income on rent, added Brickman. When this happens, these individuals are left without additional cash to stimulate the communities in which they live and work, putting a damper on local economies.

“Despite building more than 300,000 units per year, virtually none of the new production is workforce,” Brickman continued. To address the shortfall of an estimated 100,000 units, Freddie Mac has been developing solutions to reduce the cost of capital and make investment in workforce housing economically viable, such as the social impact financing initiative that rolled out in December 2017.

The program incentivizes borrowers to maintain affordable rents for low- and moderate-income residents earning 60 to 80 percent of AMI. A component of the financing mandates that most units in a property remain affordable based on an annual review for the life of the loan. In a recent partnership with social impact fund Turner Impact, Freddie Mac financing supported the acquisition of 800 LINK in Duncansville, Texas, a 1981-built community comprising 440 units affordable to families earning 90 percent of AMI. The venture also facilitated the acquisition of the 1981-built Carrolton Oaks in Carrolton, Texas, which includes 320 units affordable to families earning 80 percent of AMI. As government subsidies for low- and moderate-income housing decline, these voluntary affordability restrictions have emerged as an innovative way to advance workforce housing through the use of private capital. 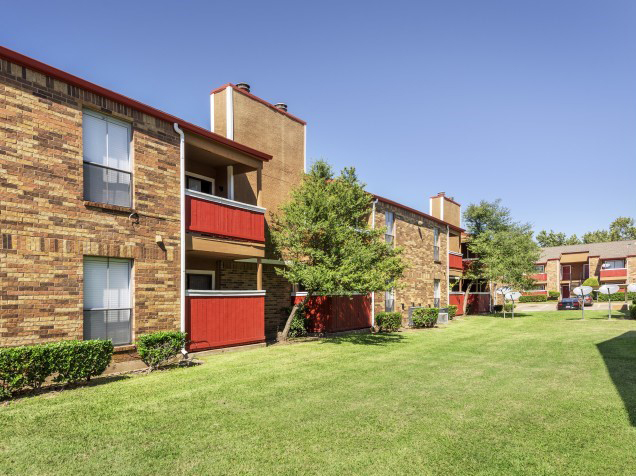 In July, CBRE’s affordable housing and capital markets groups secured a construction loan from Freddie Mac, Historic Rehabilitation Tax Credits from the Commonwealth of Massachusetts and subordinate financing through MassHousing’s Workforce Opportunity Fund for the redevelopment of The Chocolate Factory, a 1903-built industrial asset in Mansfield, Mass. Following a multi-year construction period—financed by a $26.7 million forward commitment from Freddie Mac—the site will be reborn as a 130-unit, mixed-income, mixed-use development, with workforce housing restrictions requiring 20 percent of units to be rented to households with incomes no greater than 80 percent of AMI. The 10-year, fixed-rate loan, with two years of interest-only payments, shields the developer from interest-rate risk while building the project. In addition to reimaging a historic building, the creative financing represents a solution to Mansfield’s workforce housing shortfall. 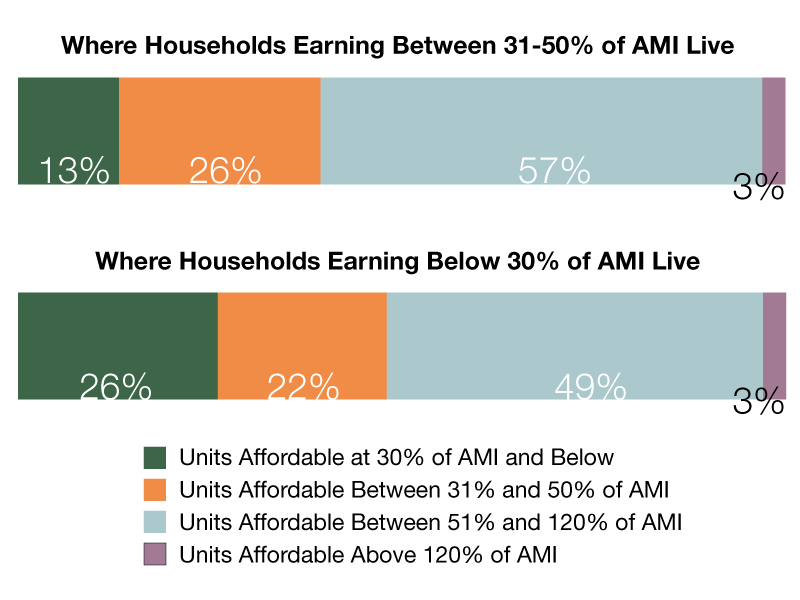 Private debt funds have also stepped in to inject liquidity into the workforce housing sector. “In many cases, groups like these—including Mesa West Capital and Accor Capital—are a source for buyers looking to maintain or even improve that older housing stock (through a value-add plan),” said Brandon Smith, vice president for the multifamily debt and structured finance group at CBRE. On the bright side, added Smith, there appears to be no shortage of private capital for the workforce housing segment, which represents a hedge against inflation.

“Everyone wants to own (workforce housing), and overall, that’s a good thing,” Smith concluded. “It’s important for policymakers and lenders to figure out how to keep incentivizing workforce housing investment and build on that momentum.”

You’ll find more on this topic in the September 2018 issue of MHN.