You are either a Simpsons fan, or a Family Guy fan. Sure, they both have similar premises, and they’ve both been running forever. But The Simpsons used to be is clever and offers an endless supply of quotable lines (ex: “You’ll have to speak up! I’m wearing a towel!”), while Family Guy is meaner and […] 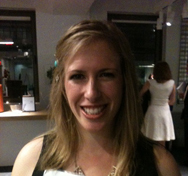 You are either a Simpsons fan, or a Family Guy fan. Sure, they both have similar premises, and they’ve both been running forever. But The Simpsons is clever and offers an endless supply of quotable lines (ex: “You’ll have to speak up! I’m wearing a towel!”), while Family Guy is meaner and always gets that stupid Bird is the Word song stuck in your head for like a week (sorry about that). So you wouldn’t think there’d be much overlap in terms of marketing, etc. They both have their audience, and they do their own thing and pretend the other one doesn’t exist—sort of like when you see someone you knew from high school out at a restaurant.

But, this past weekend, the unthinkable happened: There was a Simpsons/Family Guy crossover episode. And, you know what? It worked. Tons of meta jokes, you got to see all the characters interact, and—dare I say it—it was pretty funny. The two shows got people talking about them and got a bump in ratings. 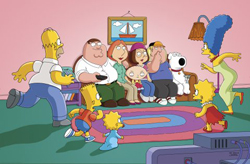 So, what can we learn from this?

(Besides the fact that I—a grown woman—watch too many cartoons.)

Don’t fear your competition. There are always a lot of multifamily options for renters, especially if your community is located in a major urban area. But that doesn’t mean you should pretend these other communities don’t exist.

You could partner with other communities under the same parent company umbrella, or you could also work together with surrounding communities, no matter what company they’re owned or operated by.

So what types of programs can you organize with other communities? Think community outreach. Organize a food or toy drive and include local apartments. Or have volunteer days somewhere local, and rent a shuttle that goes to the different communities to get the volunteers.

For a more social event, you can also organize a sports tournament, such as kickball or softball, and have the communities as different teams, but have everyone meet up together afterward at a local bar.

It won’t cost you renters to partner with other communities—in fact, it could show people from other communities how great you are (and, alternately, you can learn about what some of your competitors are doing). Additionally, the more communities you include, the greater the participation levels will be, one of the key aspects of running a successful program.

Of course, don’t solely do programs with other apartment communities. You have to make sure you’re providing the best living environment for your residents. But, like a crossover episode with two classic cartoons, a once-in-a-while event could really get people talking.

Would you consider partnering with other communities? Have you ever done this, and if so, what was the reaction? What did you think of the Simpsons/Family Guy crossover?