What 2023 Holds for Affordable Housing

Experts share forecasts for this challenging sector in the second installment of our outlook series. 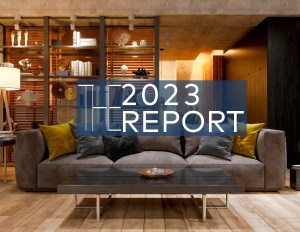 The affordable housing crisis has only worsened in the past few years. Developers simply can’t cope with the ever-increasing demand for housing in the lower-end of the quality spectrum. Moreover, rising construction costs, supply chain issues and the prospect of yet higher interest rates makes it even more difficult to secure capital for building affordable housing projects.

According to an April National Low-Income Housing Coalition analysis, the U.S. has a shortage of 7 million affordable rental homes available to extremely low-income renters, whose household earnings are at or below 30 percent of their respective area median income. This means that there are only 36 affordable units for every 100 extremely low-income renter households.

Multi-Housing News asked some of the largest affordable housing players to share their views on the sector and reveal how they expect it to perform next year, particularly as the economy prepares to enter recession territory.

Battered by record-high inflation, consecutive interest rate hikes and ballooning construction costs, developers have had to be both creative and nimble to cut costs and fill project gaps, Lincoln Avenue Capital Senior Vice President of Policy & Impact Thom Andur told MHN. Many deals in the affordable housing space closed or will close due to the capital infusion provided by the American Rescue Plan Act and state housing agencies back filling projects with additional LIHTCs.

But even with developers having access to these resources, the affordable housing sector has remained under pressure. Scott Hoekman, president of Enterprise Community Partners’ Housing Credit Investments business, told MHN that it has been more difficult this year for developers to get affordable housing projects financed.

And making these projects pencil out in 2023 will continue to be a challenge, even though interest rates, construction costs and inflation will most likely stabilize, creating a more predictable financing environment.

“However, between the forward allocation of 9 percent LIHTCs to shore up 2021 and 2022 transactions, and an overall reduction in 9 percent LIHTCs available, there will likely be less housing production, unless Congress acts to pass year-end tax legislation with affordable housing resources,” Andur said.

What to expect from the affordable housing market 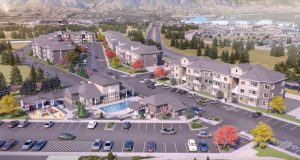 “It’s critical for investors to understand that affordable housing is a strong and stable investment, one that’s resilient even when the economy isn’t. We have seen gains in the real estate market slowing, yet the affordable housing market remains strong,” Hoekman said.

For well-capitalized investors, the upcoming year will most likely bring a lot of favorable circumstances. Mark Dean, head of Affordable Production with NewPoint Real Estate Capital, believes that uncertainty and risk aversion will create opportunities, particularly in distressed assets.

For developers, on the other side, access to capital will continue to be challenging. “Rising rates will impact the sources side of the equation, as they influence the debt service coverage ratio and, ultimately, loan sizing,” Dean pointed out.

But considering the raised profile of affordable housing as both a local and national issue, most developers are cautiously optimistic that they could see some positive outcomes going forward. Andur told MHN that sustainability resources from the Inflation Reduction Act will be a major addition to the affordable housing capital stack.

Sadie McKeown, president of The Community Preservation Corp., emphasized that developers need to see the federal government making a commitment to resourcing the affordable housing industry.

“If we’re going to ensure that our communities move toward fair and equitable growth and development we will need resources and tools to do the work,” Mc Keown warned. “Creating and preserving affordable homes for a range of incomes, providing resources to electrify and reduce carbon emissions in our buildings, and housing and supporting our most vulnerable populations, including the homeless, is the work of the affordable housing industry. There is a lot of work to do, we have to get to it,” she said.

CPC has already taken important steps toward their goal of increasing and preserving the nation’s affordable housing stock. Together with National Equity Fund and Cinnaire, CPC has created the industry’s only impact-driven multifamily mortgage lending platform aimed at expanding and preserving affordable and workforce housing. The first-of-its-kind cooperative will leverage the nonprofit organizations’ resources and expertise to increase access to flexible agency mortgage capital to more communities for the most impact.

“We’re trying to stay abreast of what’s happening in the industry and are developing products to support the future needs of the space,” Dean said. 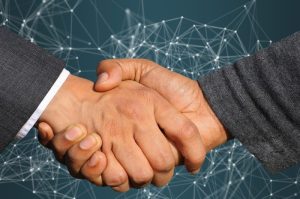 Image by TheDigitalArtist via Pixabay.com

Going forward, CPC plans to focus on financing small affordable multifamily projects, expanding affordable homeownership opportunities, and supporting the green economy through the decarbonization of its housing stock, according to McKeown.

“It is imperative that as we transition to a green, carbon-neutral housing stock we pay particular attention to the resources provided to affordable housing and disadvantaged, low-income communities,” McKeown pointed out. “These communities are often left behind when new technologies and practices enter the market.”

Enterprise will target projects that grow the housing supply, advance racial equity, and foster resilience and upward mobility for residents. Hoekmann expects the The Housing Credit to remain the strongest tool for creating and preserving affordable homes.

Next year will surely be challenging for developers, investors and capital providers alike. But with such robust long-term demand and growing investor interest, there is light at the end of the tunnel. In spite of the economic headwinds that will most likely define 2023, most players are committed to bringing critically needed affordable housing projects online.