A six-building, 28-unit apartment community in Washington, D.C., has traded hands for $7.5 million. The property, known as Spring Valley Flats, is at 4000-4013 47th Street, NW, in Spring Valley, a District residential neighborhood. 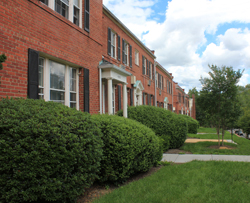 The property, which is two blocks from American University’s main campus and four blocks from the Washington College of Law, had been modestly improved and repositioned since the sellers acquired it in 2009. The new owner plans to gradually improve the property to appeal to its mainly student tenancy.

It’s a great time for opportunistic multifamily selling in D.C., Tangney tells MHN. “Owners have been given a second chance (or bite of the apple) to sell with pricing at or in excess of the last cycle,” he explains. “As an example, we arranged the sale of a to-be-delivered-vacant, 63-unit SRO multifamily building in Columbia Heights recently, and in 30 days there were over 50 tours and nearly 30 offers. Our client selected an all-cash, non-contingent contract that closed in three weeks.”

Tangney adds that D.C. is one of the few “world cities” that investors can still buy existing multifamily product in premium locations at or below replacement cost (due in part to the city’s rent control regulations). “That fact coupled with historically low interest rates, lack of tangible alternative investments, and the urbanization trend we’re seeing throughout the country are factors in the decision-making process of buyers in the marketplace today,” he says.