Yardi Matrix data provides a look into the five Golden State metros with the highest percentage of multifamily construction geared toward affordable projects.

California’s affordability crisis is no secret: A report from the California Housing Partnership last March pegged the number of affordable rental units needed in the state at a staggering 1.4 million. This figure is in sharp contrast to the 11,074 units in fully affordable developments Yardi Matrix listed as underway at the start of March. As a result of the dire housing shortage, the state’s homeless population is growing rapidly. The White House’s Council of Economic Advisors estimates that 47 percent of the nation’s homeless reside in California.

As new financing initiatives launch to encourage more development, some markets have taken clear steps to address the crisis. However, many others have not: Despite Facebook and Google separately announcing $1 billion affordable housing initiatives for California, notably within the South Bay, the metro had had a mere 587 affordable units underway, compared to the metro’s full pipeline of 11,486 units. Similarly, San Diego’s affordable projects make up only 9 percent of the market’s nearly 9,000 units underway.

The table below highlights the five markets in California where the affordable share of the construction pipeline was highest at the beginning of March, based on data provided by Yardi Matrix.

Even after several of the market’s cities have come under fire for refusing to bow to new affordable housing requirements—Governor Newsom notably sued Huntington Beach in early 2019—many parts of Orange County continue to resist demands from the state. However, the market’s affordable housing inventory is growing: At the start of March, 732 units were underway, accounting for a little more than 14 percent of the multifamily development pipeline.

More than three-quarters of affordable units underway—552 units—are located in Santa Ana. In mid-2019, a joint venture between AMG, Jamboree Housing and The Pacific Cos. broke ground on the 419-unit Metro East Senior Park, the largest project underway. The development, anticipated to deliver at the end of the year, is funded by a mix of revenue bonds from the state and an $85 million loan from Citibank. 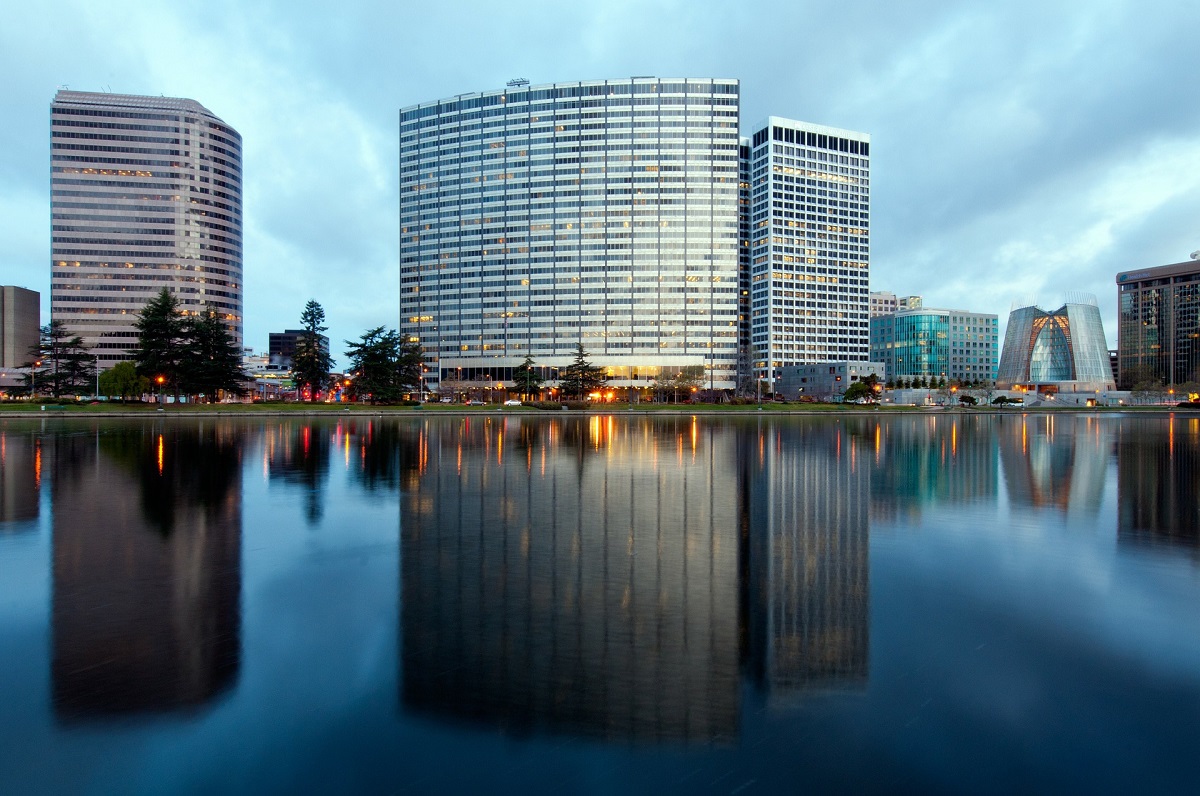 In February, the East Bay had the fourth-highest average rents across all California metros, trailing only San Francisco, the South Bay and Los Angeles. Though less expensive than some of its neighboring market’s housing stock, the affordability issue is becoming more and more acute within the metro. A limited share of 506 of the 4,099 units delivered in 2019 were in fully affordable communities. The multifamily projects underway at the start of March highlighted a stronger outlook, with 1,778 affordable units underway. Nearly all are slated to come online before the end of 2020, adding desperately needed housing capacity to many of the East Bay’s most expensive cities.

St. Anton and Hurley’s 290-unit Innovia in Fremont was the largest affordable development underway. Located at 45300 Fremont Blvd. near the Warm Springs BART station. The project broke ground in early 2017, backed by $51.5 million in financing from Citibank and Pacific Housing. The four-story community is expected to deliver in the second quarter. In addition to its multifamily component, the project includes 7,200 square feet of retail space at the ground floor and a five-level parking structure at the center of the structure.

While the Inland Empire has significantly lower housing costs than nearby Los Angeles—in February, the market’s average monthly rental rate was $1,592, compared to $2,391 in L.A.—the market faces challenges of its own, with notably lower wages due to the area’s heavy concentration of manufacturing, logistics and retail jobs. Affordable housing has a relatively large presence in the metro, with nearly 30,000 units online, accounting for 19.2 percent of total inventory. Although only 69 units were delivered in 2019, this year looks to be more dynamic, with 773 affordable units underway, or roughly 18 percent of development activity.

One of the most recent projects to break ground is Orange Housing and C & C Development’s Mission Trail, an 81-unit community at 32585 Mission Trail in Lake Elsinore, approximately 15 miles northwest of Temecula. Construction began on the one-, two- and three-story buildings in the first half of 2019, with completion slated for August. The City of Lake Elsinore and Bank of America are providing a combined $26.2 million in project financing.

The Central Valley had the lowest rental rates of California’s major metros, averaging $1,167 per month in February. More than a quarter of the market’s units are in fully affordable properties, though upward pressure on pricing is driving the need for additional deliveries. The market’s rents jumped up by 6.9 percent in the 12 months ending in February. During that period, only two affordable projects totaling 116 units came online. While only 426 more units were underway as of March, this accounts for nearly 20 percent of the Central Valley’s multi-housing development pipeline.

The 100-unit, second phase of Sierra Vista in Stockton is one of the largest affordable developments underway in the market, following the start of construction in August last year. Completion is slated for mid-2021. The first phase, totaling 115 units, had delivered in February. AHDC and the Housing Authority of San Joaquin are the owners of the project. 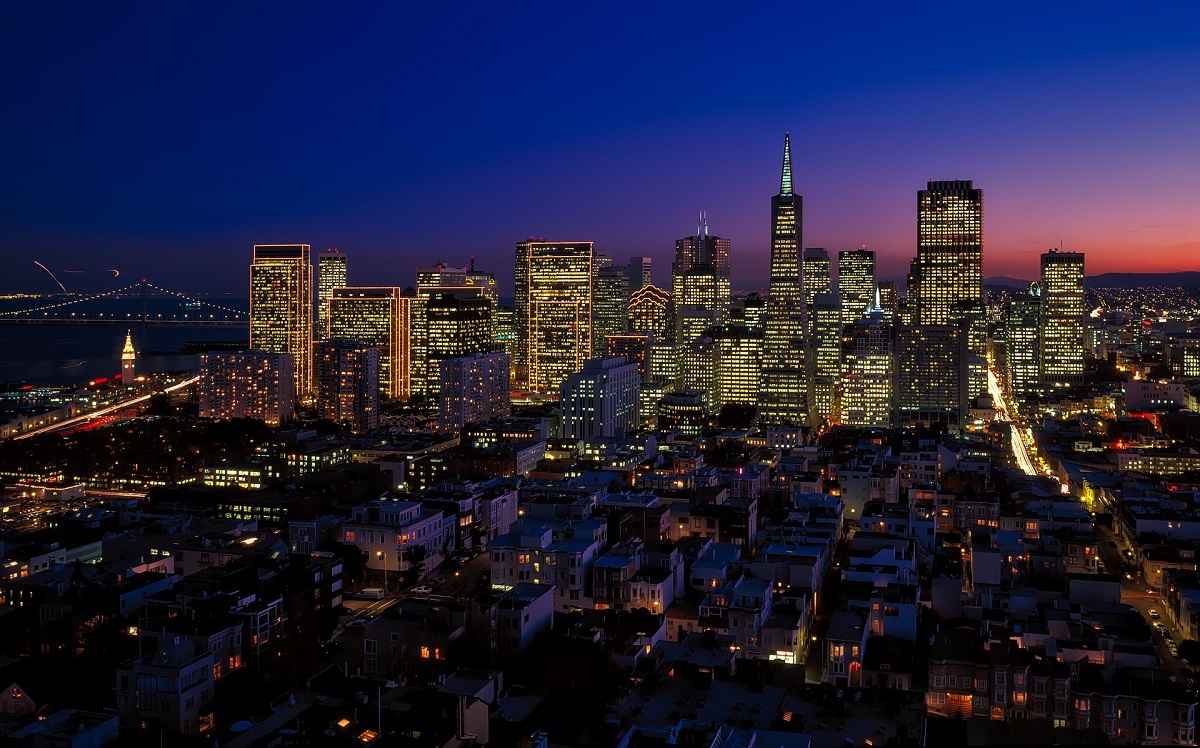 San Francisco’s rents have consistently been among the country’s highest, and in February the average rate of $3,150 put it in second place across the country, second only to Manhattan. The metro’s high costs of living continue to push people out to the wider Bay Area, as far as nearby Sacramento, where that spillover has pushed significant rent growth throughout the cycle. However, demand still remains strong on the back of consistent employment growth, particularly in high-paying jobs. The market’s resulting occupancy was 95.6 percent in January, 80 basis points above the national rate.

The market had 22 fully affordable developments totaling 2,482 units underway in March, accounting for more than a quarter of the total multifamily construction pipeline. The largest project underway in San Francisco is the Chinatown Community Development Center’s North Ping Yuen at 838 Pacific Ave. The development is a full rehabilitation and renovation of a 12-story, 200-unit property originally built in 1962, expected to deliver later this year.

Yardi Matrix covers all multifamily properties of 50+ units in size across 133 markets in the United States. This ranking reflects developments underway within that sample group.