New York City had a total of 5,842 affordable housing units under construction as of July, according to Yardi Matrix data.

While New York City has made a top priority of solving the affordability matter, due to lack of capital availability, scarcity of land and high construction costs, the city’s acute housing crisis persists. The pandemic has put further pressure on the issue, but it has also created new opportunities, such as office and hotel conversion projects.

As of July, New York City had a total of 5,842 affordable housing units under construction and 1,380 in the planning and permitting stages, Yardi Matrix data shows. So far this year, developers have completed five fully affordable properties comprising 1,163 units.

The table below highlights the largest affordable housing developments under construction across New York City, based on Yardi Matrix data. Most projects on the list came to fruition through favorable rezoning policies aimed at revitalizing underutilized space. 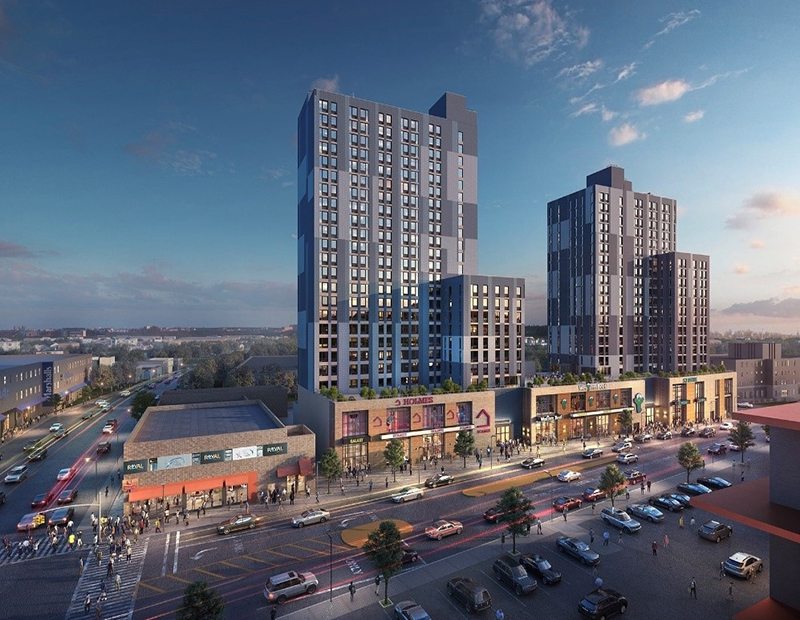 Omni New York broke ground on the development in 2018, with the help of a nearly $170 million construction loan funded by the New York City Housing Development Corp. The project will provide housing for low- and middle-income renters earning 40 percent to 130 percent of the area median income.

Slated for completion by the end of this summer, the 23-story Archer Green will encompass studios and one- to three-bedroom apartments. Amenities include 130 covered parking spaces, a fitness center, a clubhouse, a children’s playroom and playground, and laundry facilities. The development will also feature 68,800 square feet of commercial space.

The Fountain Seaview B6 is part of The Arker Cos.’ affordable housing project known as The Fountains, encompassing a total of 1,163 units across six buildings in Brooklyn. The project was first announced in 2017, and since then two buildings have already opened for residents. Of the total 1,163 units planned, 1,078 are targeting residents earning up to 60 percent of the area median income.

Located at 894 Fountain Ave., the 422-unit Fountain Seaview B6 received a $62 million construction loan from the New York State Housing Finance Agency and $75 million in bond financing from Bank of America in 2018. The nine-story building will feature 260 covered parking spaces and more than 55,000 square feet of retail space.

Surf Avenue received a nearly $210 million construction loan from the New York City Housing Development Corp in 2018. The development is expected to be delivered in the first quarter of 2023.

Taking shape at 1709 Surf Ave., the project is situated less than a mile from Public School 90 and is within walking distance of several retail and dining venues, as well as public transit options.

Following the rezoning of downtown Far Rockaway in September 2017, the New York City Housing Development Corp. secured more than $193 million in financing on behalf of Phipps Houses for the development of a 457-unit affordable housing project in the Far Rockaway Village in Queens. Additionally, Phipps Houses self-financed the project with a $40.4 million construction loan.

Situated at 20-02 Mott Ave., the project represents the revitalization of an abandoned parking lot, bringing housing, public space and around 90,000 square feet of retail space to the area.

The project has 46 units reserved for formerly homeless persons. Phipps Houses broke ground on the development at the beginning of 2019 and expects to complete it by the first quarter of 2022. 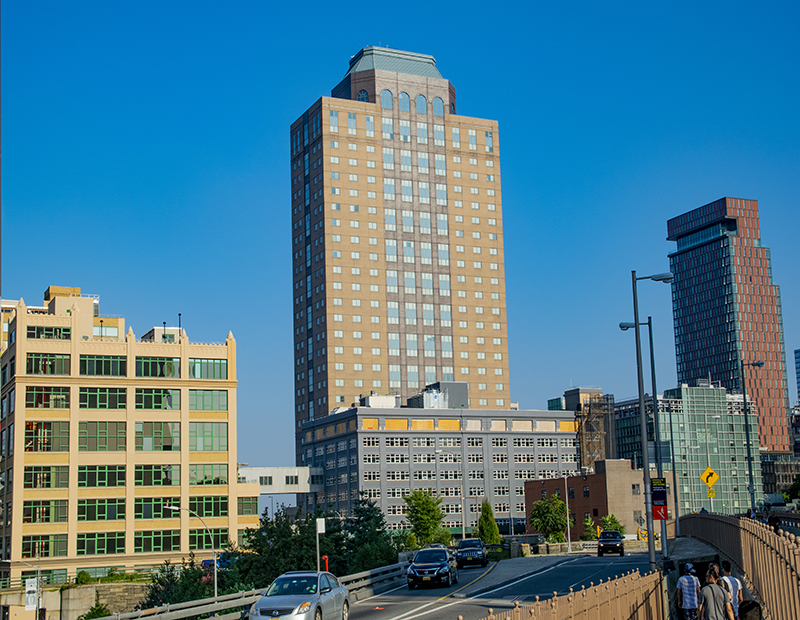 Breaking Ground is transforming a former Jehovah’s Witnesses hotel at 90 Sands St. in Brooklyn’s DUMBO neighborhood into 491 units of affordable and supportive housing. The nonprofit began construction at the end of 2020, after receiving a $167 million loan from the New York City Department of Housing Preservation and Development and $76.4 million from the New York City Housing Development Corp.

Of the 491 units, 185 will be available to extremely low-income and moderate-income households, while 305 units will be used to house formerly homeless individuals.

Half of the units, equivalent to 246 apartments, will be permanently affordable. The project will also feature around 30,000 square feet of community or commercial space and a newly activated public plaza. The building is slated for delivery in early 2023.

Yardi Matrix covers all multifamily properties of 50-plus units in size across 133 markets in the United States. This ranking reflects developments underway within that sample group.