The area’s improving economy bolstered multifamily development, resulting in more than 17,000 units being built as of June, as well as an increase in affordable housing units.

New Jersey’s rising median income and employment rate have led to a surge in multifamily development. According to Yardi Matrix, average rents in Northern New Jersey recorded a 2.2 percent year-over-year growth in June, continuing trend of growth. Given these factors, demand continues to be high and the recently appointed Opportunity Zone program will continue to spike construction activity going forward.

More than 17,000 units were under construction as of June, while more than 8,500 units are expected to come online by the end of 2018. Development activity is concentrated in Northern New Jersey, with Jersey City leading the way quantity-wise. The list below highlights the 10 largest multifamily properties under construction in Central and Northern New Jersey as of July 2018.

Toll Brothers Apartment Living has two communities under construction in New Jersey, with Kensington Place being the largest one. Located at 527 Old Bridge Turnpike, the property will add 400 units to the market upon completion. Construction on the four-story asset started in 2014 and completion is slated for the second half of 2018.

Kensington Place will offer apartments ranging between 679 and 1,584 square feet, as well as 9-foot ceilings, granite countertops, walk-in closets, three private courtyards, resort-style pool, clubhouse, business center and a 24-hour fitness center. New York City, Philadelphia and most of New Jersey are all located less than an hour drive away.

A joint venture between Bijou Properties and Intercontinental Real Estate is developing the 424-unit 700 Jackson St. Expected to be completed in February 2020, it will spread across 14 stories and will have a first-floor retail component, as well as 42 units of affordable housing.

The property will be surrounded by greenery, children’s playground, a 6,835-square foot multi-use public gymnasium, on-site parking and a marketplace. Additionally, it will feature environment-friendly structures, including a Harman Group-designed underground stormwater system against the frequent flooding issues the area encounters.

The second phase of The Modern, a 450-apartment community, is being developed by SJP Properties. Located at 800 Park Ave., near George Washington Bridge, the property will feature studios, one-, two- and three-bedroom units overlooking Hudson River. The structures will be divided by a park with waterfalls, walking paths and a restaurant. Amenities will include a fitness center, yoga studios, spa, golf simulation area and gaming room.

Update: Phase II of the property was recently unveiled in a grand opening ceremony by SJP Properties.

Vermella Union, a 462-unit building with eight affordable units, is Russo Development’s largest upcoming community. In 2017, the firm acquired the former Merck Pharmaceuticals headquarters and demolished the existing structures in order to make room for a residential building. Completion is slated for the end of 2019.

The property will be located at 1011 Morris Ave. and will feature an additional 65,000 square feet of indoor/outdoor amenities and 40,000 square feet of retail space. Community amenities will include a basketball court, clubhouse, fitness center, pool and business services. Additionally, the property is adjacent to Kean University and the Union Train Station.

6. The Station Village at Avenel in Avenel, N.J.

Located at 2000 Station Drive, Atlantic Realty Development’s The Station Village at Avenel will comprise 500 townhouses and one- and two-bedroom apartment units, including 50 affordable ones. Upon completion, estimated in June 2020, the property will feature high-tech conveniences, including energy-efficient LED lighting throughout, as well as 800 parking spaces. Additionally, the site will house the up-and-coming Avenel Performing Arts Center.

5. The Gardens at Jackson Twenty – One in Jackson, N.J.

Atlantic Development Realty’s second property on the list is the up-and-coming The Gardens at Jackson Twenty – One, a 514-unit community situated at 105 W. Commodore Blvd. Slated for completion in January 2020, the asset will include 72 affordable housing apartments. The community will include one- and two-bedroom luxury residences featuring 9-foot ceilings with an open floor plan and high-efficiency heating and air conditioning. Additionally, it sits close to Interstate 195, New Jersey Turnpike and Freehold, N.J. 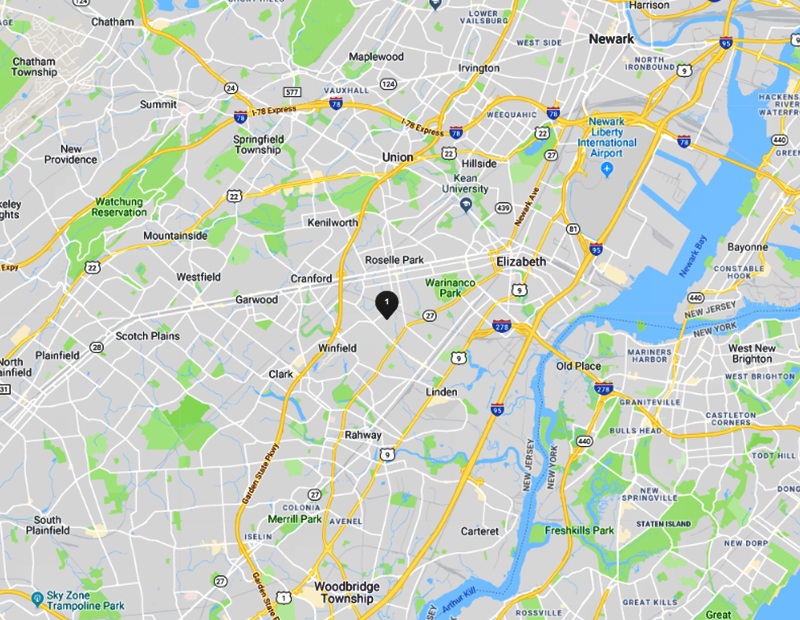 Jersey City has emerged as one of the country’s hottest real estate destinations, housing two of the largest communities under construction in Central and Northern New Jersey. The last phase of the Gwathmey Siegel Kaufmann & Associates Architects-designed 70-90 Columbus complex is set to add 539 units to the market.

Located at 90 Christopher Columbus Drive and developed by an Ironstate Development and Panepinto Properties joint venture, the upcoming residential tower is expected to be completed in November. The Jersey City apartments for rent range from studio to three-bedroom floorplans. Amenities will include a swimming pool, children’s play areas, sports and entertainment rooms, lounges and a library.

With three other planned communities in the pipeline, Hoboken Brownstone is on the verge of opening its 568-unit Van Leer Place in Jersey City, N.J., this month. Located at 110 Hoboken Ave., on the site of the former Van Leer Chocolate Factory, it sits in the city’s rapidly evolving SoHo West neighborhood, which boasts a rapid connection to Hoboken, N.J. The two-building property will include a retail component and a 570-place parking garage, as well as a 1.5-acre public plaza.

A Hartz Mountain Industries asset, the 573-unit community will be part of Hamilton Cove, a four-phase development located at 800 Harbor Blvd., in the Lincoln Harbor section of in Weehawken, N.J. The Hudson-Bergen Light Rail and a ferry service to Midtown Manhattan provide easy and quick transportation throughout the area, while the property will sit next to the entrance to the Lincoln Tunnel. Construction broke ground in March 2018, with completion anticipated for January 2020.

The largest multifamily community currently under development is Milton Ehrlich’s 742-unit The Park Phase II. The property is situated at 417 Raritan Road and will welcome its first residents after April 2019, when completion is estimated. Located on a 60-acre site that’s 20 miles from New York City, the property will feature resort-style amenities in landscaped surroundings.