Although rent increases in New York City have slowed down, demand continues to be high and investors still consider the borough a red-hot market. MHN has compiled a list of Manhattan’s top owners based on data from Yardi Matrix.

New York City continues to be a very expensive market and although rents have decreased by 2.5 percent, demand remains is robust. Brooklyn and Manhattan developers are expected to deliver 18,100 units by the end of 2017 and things don’t seem to cool down any time soon.

Using Yardi Matrix data, this list highlights Manhattan’s top 10 owners based on unit counts in both completed, under construction, planned and prospective stages. 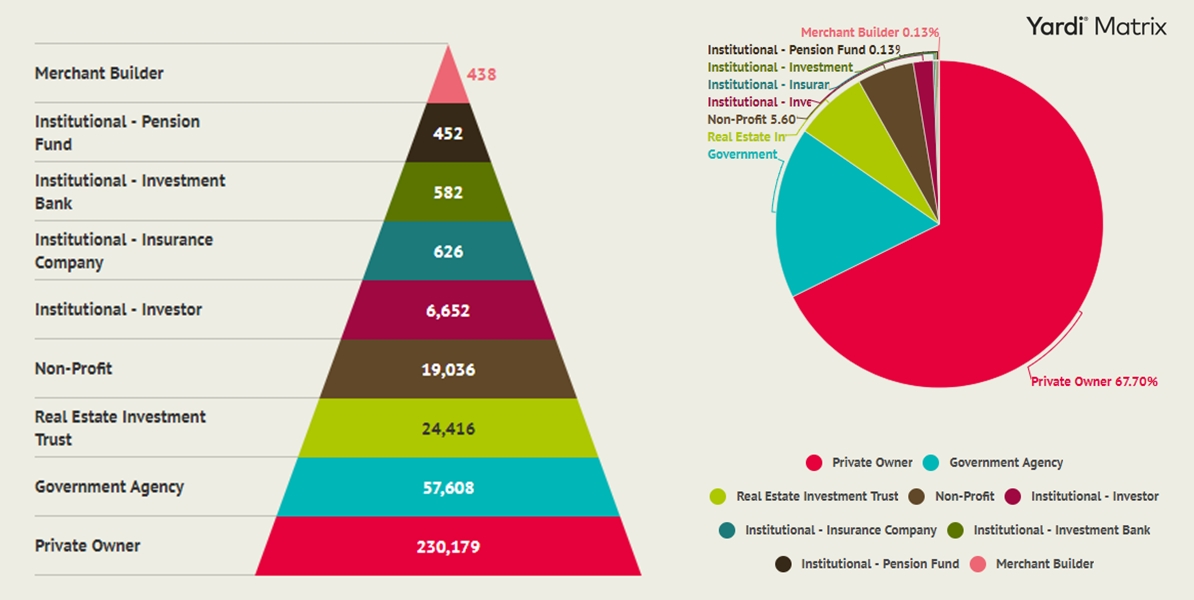 Owner types in Manhattan based on Yardi Matrix data 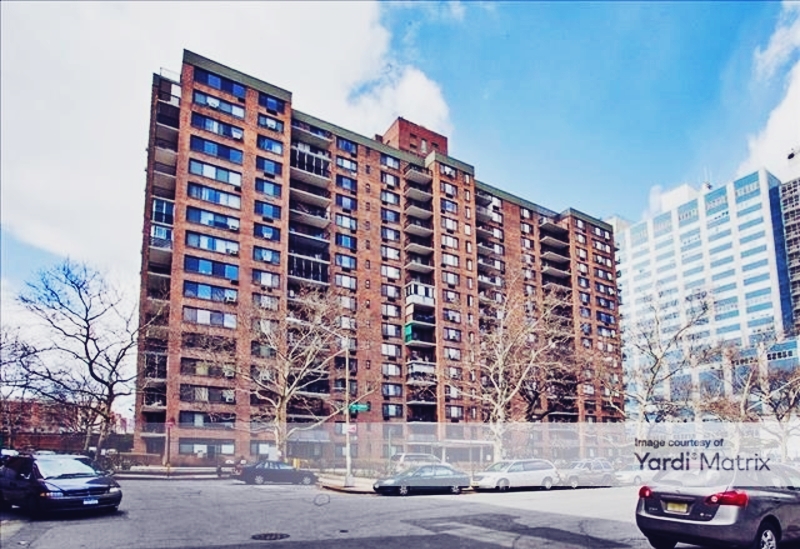 The company goes for the bigger chunks, as it owns only four communities encompassing 3,770 units. The biggest and most iconic structures are the 1,704-unit Gateway Plaza, sited at 389 South End Ave. and the 1700-unit Lenox Terrace. Located at 484 Lenox Ave. in Harlem, the latter is a six-building all-rental community connected through landscaped parks that served as campaign headquarters for Rep. Charles Rangel. Other famous residents included Anna Hedgeman, Malcolm X, Miles Davis, Billie Holiday and former Manhattan Borough President Percy Sutton, to name a few. 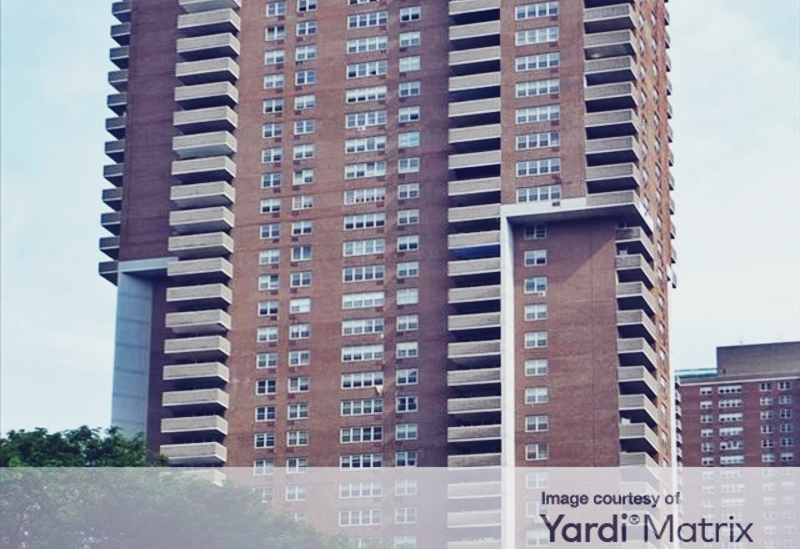 New York-based company Stellar Management owns 13 communities, which translates into 3,824 units. The firm’s portfolio consists of many pre-war buildings, brownstones and high-rise towers, the largest being the Independence Plaza North. The three-building, partially age-restricted community spreads throughout Tribeca’s 310 Greenwich St., 40 Harrison St. and 80 N. Moore St. and comprises 1,332 units and 70 townhouses. It was built through the Mitchell-Lama housing program in 1973 and its original residents were middle-income artists. It is currently backed up by a 2013 $440 million loan funded by Bank of America. 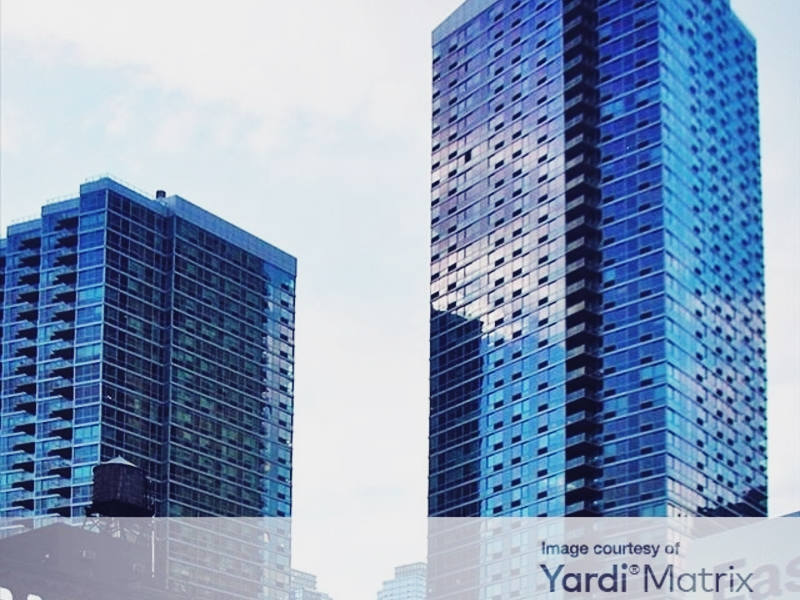 With 3,968 units across nine properties, the Elghanayan brothers-owned TF Cornerstone has luxury residential buildings all across Manhattan. The largest is the upcoming 606W57, a 1,028-unit partially affordable residential tower scheduled for completion in 2018. Located at 606 W. 57 St. in Hell’s Kitchen, the property’s construction was financed by a $360 million loan provided by the Bank of New York Mellon. The firm also owns several award-winning communities, such as its second-largest 505 W. 37 St., which received in 2010 The Greater New York Construction User Council’s Award for Outstanding Open Space Project. 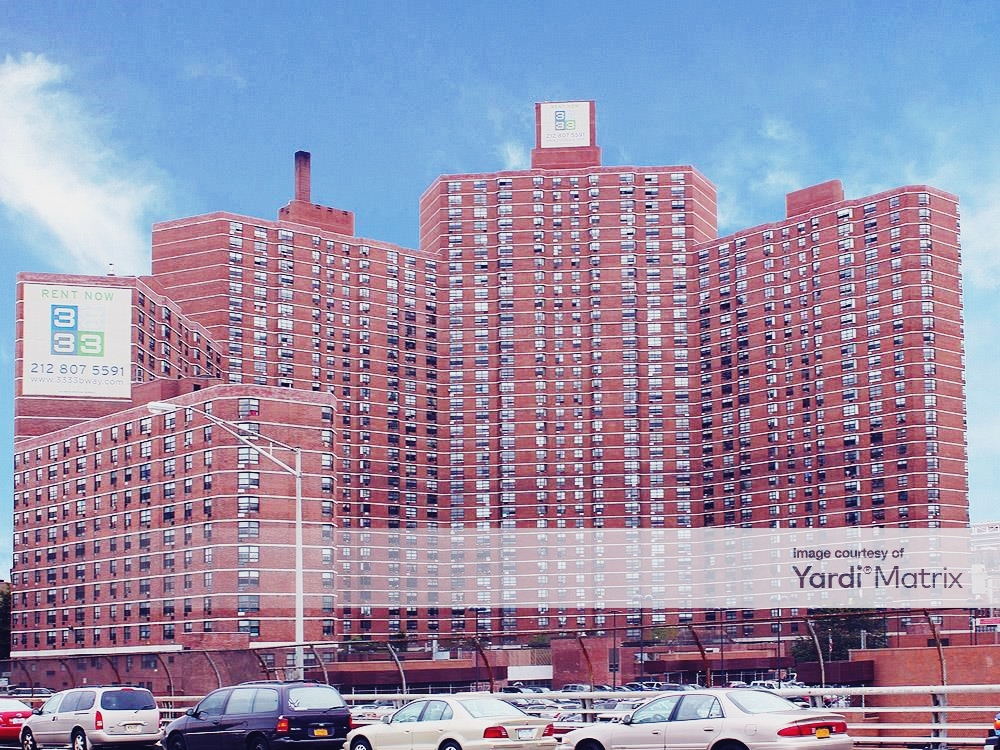 The firm owns seven Manhattan communities encapsulating 4,806 units. Its most recent development is The Eugene, an 844-unit, 62-story residential tower completed in May 2017. The partially affordable Class A property is located at 435 W. 31st St. in the Chelsea neighborhood. On the borough’s opposite side lies Brookfield’s largest development, the 1,193-unit Riverside Park, situated at 3333 Broadway. 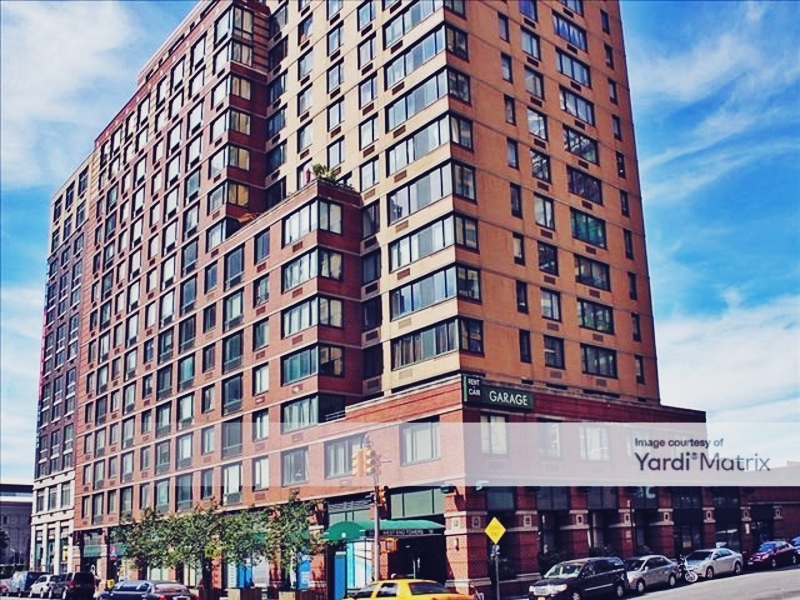 With 16 properties across Manhattan, The Brodsky Org. comes off seventh with 5,330 units. Its largest development, the two-building, 1,000-unit West End Towers, bears its own signature and is located at 55 West End Ave. in the Lincoln Square neighborhood. The developer’s latest building to come online was the Enclave at the Cathedral, located at 400 W. 113th St. in Harlem, which boasts studios, one-, two- and three-bedroom units sited upon the grounds of the Cathedral of Saint John the Divine. The surrounding neighborhood includes Columbia University and Barnard College. 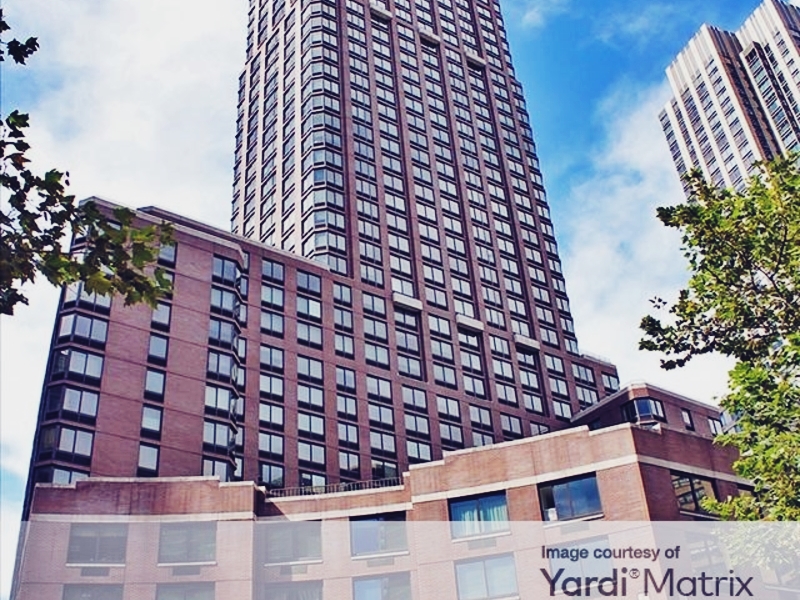 Despite the real estate investment trust’s gigantic global footprint, its Manhattan residential portfolio encompasses 26 properties, or 6,670 units. The Boston-based firm has focused on developing green buildings such as Ten23, 170 Amsterdam or its latest development, the 99 percent leased, 269-unit Prism at Park Avenue South, located at 50 E. 28th St. Its four largest properties are all located in Lincoln Square and include the 518-unit 180 Riverside Blvd., the 507-unit 101 West End, the 455-unit 160 Riverside Blvd. and the 354-unit 140 Riverside Blvd. 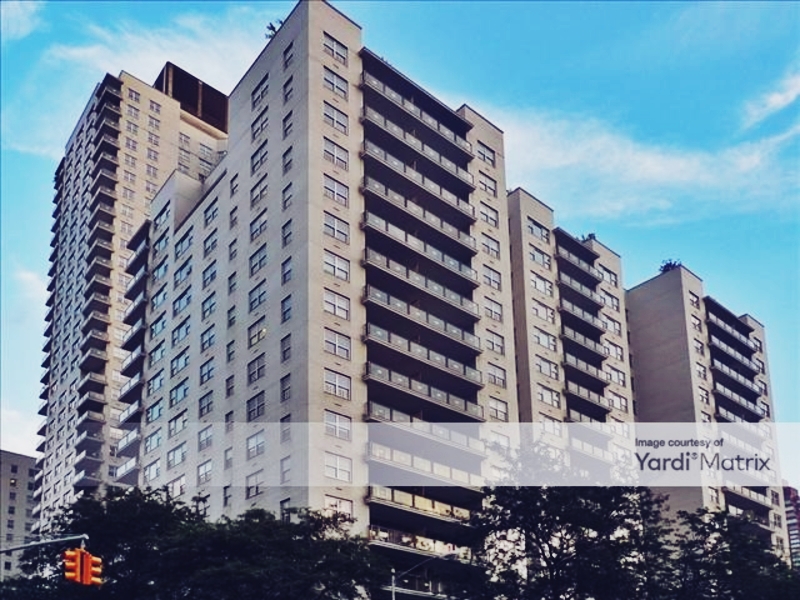 With a strong local footprint, Glenwood Management owns 26 properties (8,212 units), 19 of which are Class A. None of them surpass the +1,000-unit threshold, with the biggest being The Pavilion, an 838-unit residential property located at 500 E. 77th St. in the Lennox Hill neighborhood. Built in 1964, the tower offers spacious units ranging between 350 and 1,100 square feet. Emerald Green comes off second with 569 units. Built in 2009, the new development is located at 320 W. 28th St. and boasts marble and stone-clad lobbies and custom-designed common spaces. 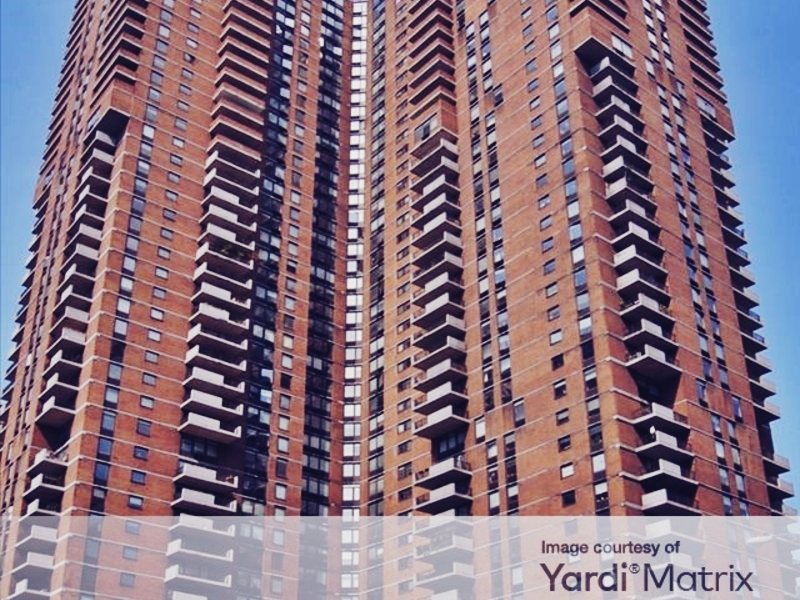 The company occupies the third place with 8,719 units in 30 communities. It has more than 1,100 units in various development stages, with the largest being the 400-unit 511 W. 35th St., which will comprise upon completion a total of 1.4 million square feet of mixed-use space. Related Cos. is also the developer of the 28-acre Hudson Yards Redevelopment Project in Chelsea and Hell’s Kitchen, upon which the Fast Co. called it one of The Most Innovative Companies of 2017. Its largest completed property is the Manhattan Plaza, a 1,689-unit federally subsidized superblock in Hell’s Kitchen. 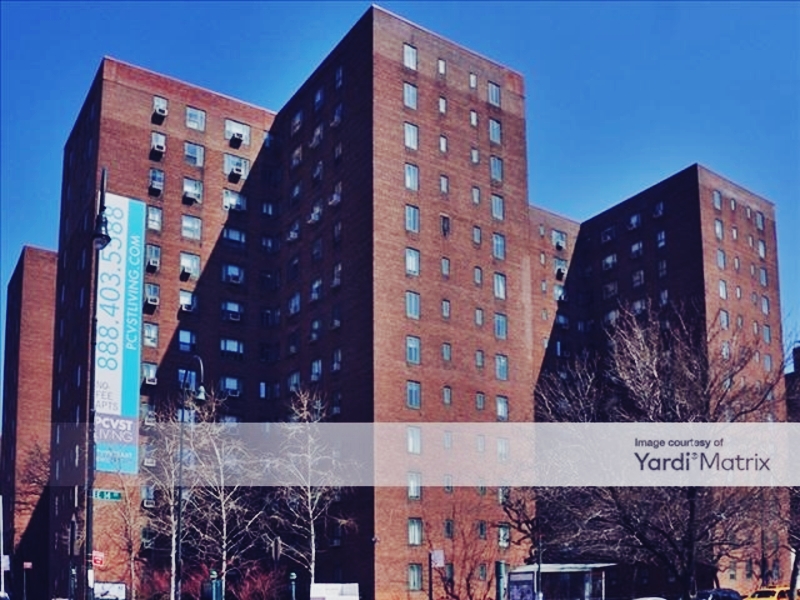 The Chicago-based real estate asset management firm is a subsidiary of The Blackstone Group and owns six properties (11,676 units) in Manhattan, which include two of the largest ones on the list, both located in the post-WWII Stuyvesant Town neighborhood. The first one is the 8,757-unit, 33-building Stuyvesant Town, located at 252 1st Ave. The other one is the 2,481-unit Peter Cooper Village, sited at 2 Peter Cooper Road. LivCor purchased them in a portfolio deal through foreclosure from U.S. Bank in a transaction valued at $5.5 billion. 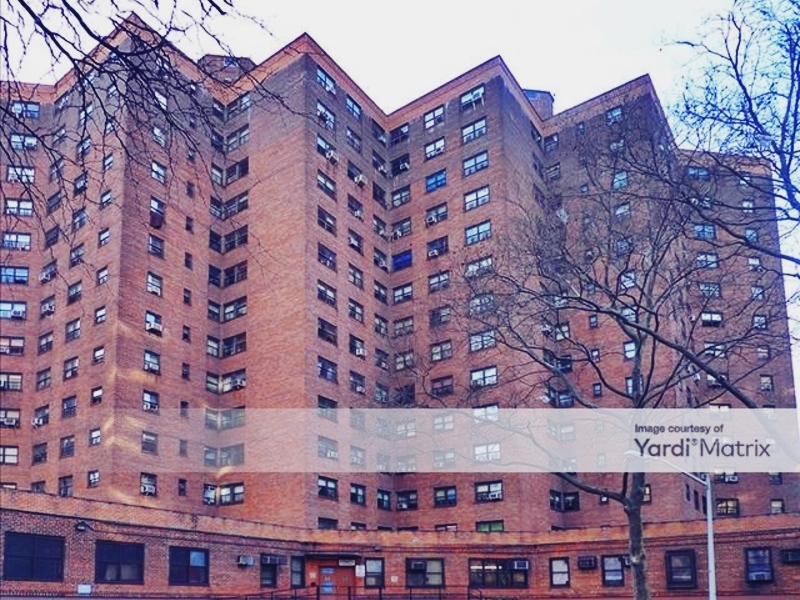 The Baruch, Lower East Side

The government agency is Manhattan’s largest multifamily landlord, most of its developments being Class C assets. The New York City Housing Authority owns 89 communities, which translates into 55,438 fully affordable units. Its largest development is the Baruch, a 2,391-unit property located at 100 Columbia St. in the Lower East Side neighborhood, which is also the third largest property on the list. The authority’s additional large developments are located in East Harlem and include the 2,290-unit Jefferson Houses, located at 300 E. 115th St. and the 2,154-unit Robert F. Wagner Senator Houses, situated at 2396 1st Ave.