Columbus, Ohio—The Connor Group has picked up a 194-unit apartment community in Columbus, Ohio, for $17 million. The property, Lennox Flats, was built in two phases in 2012 and 2013 near Ohio State University and Columbus’ Technology Corridor. ARA represented the seller, California-based Klingbeil Capital Management, in the transaction.

“The Connor Group typically acquires high-end properties with identified value-add potential, so this purchase of new construction is atypical for them,” says Debbie Corson, an ARA principal based in Chicago. “They were drawn to this asset due to its

compelling location, Class A features and finishes, and an occupancy rate of almost 100 percent at the time of sale.”

Corson worked with George Skaff, an ARA principal based in Columbus, in closing the sale for Klingbeil. 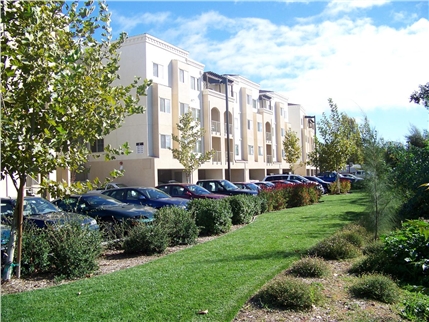 “Davis is one of the strongest rental housing markets in the United States,” says Flis. “The 15-year historical vacancy rate average is just 1.7 percent.”

Built in 2005 on less than 2.5 acres at 1666 DaVinci Court in Davis, Calif., the property is within walking distance of the UCD campus. The four-story DaVinci Court Apartments features studio, two-, three- and four-bedroom floor plans. More than 60 percent of the units have four bedrooms and 85 percent contain two or more bedrooms.

“The area’s long history of low vacancy is a result of high demand created by expanding enrollment at the University of California, Davis (UCD), the high costs of land and development and the city government’s growth restrictions,” adds Johnston.

New York—Centerline Capital Group announced it has provided a Fannie Mae DUS loan in the amount of $3.8 million to enable the acquisition of a 128-unit garden-style apartment community located in Duncanville, Texas. Duncanville is located in the southwestern portion of Dallas County.

The borrower is VSP Candlelight LLC, a Texas Limited Liability Company, and the chief sponsor is Rajesh Gupta. The property will be managed by Myan Management Group, LLC. Founded in 2000, Myan is a local third party management company.

“Candlelight Park Apartments is a stabilized workforce housing project in good overall condition,” notes Adam Klingher, Senior Vice President at Centerline Capital Group.  “The owner is proactive in terms of capital improvements and property maintenance and believes there is a good opportunity to manage the property more effectively and efficiently, as well as to upgrade the interiors of the units and to continue increasing the rents upon tenant turnover or lease renewals.”

Project amenities include a swimming pool, a community laundry facility, barbeque grills and 239 open parking spaces. The loans were closed by members of Centerline’s Chicago office, including Klingher, Felicia Bell and Robert Washington.