The Future of Smart Technology in Apartments

Ready or not, the future is here! 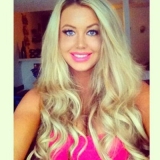 Ready or not, the future is here! The smart-home market has grown rapidly over the past several years and is considered by nearly half of Americans to be mainstream according to the Coldwell Banker Real Estate Smart Home Marketplace Survey. What’s next? Smart apartments! Here’s an overview into what’s to come.

Of Millennial homeowners ages 18 to 34, 72 percent would pay $1,500 or more and 44 percent would pay $3,000 or more to make their home smart (Coldwell Banker 2016). Furthermore, 44 percent of Millennial renters would rather have an apartment equipped with smart technology than an apartment with a parking space (Allegion 2016). Yet across all age groups, the U.S. homeownership rate at 62.9 percent has now fallen to its lowest level in more than five decades (Washington Post 2016).

Read on for the whole blog.