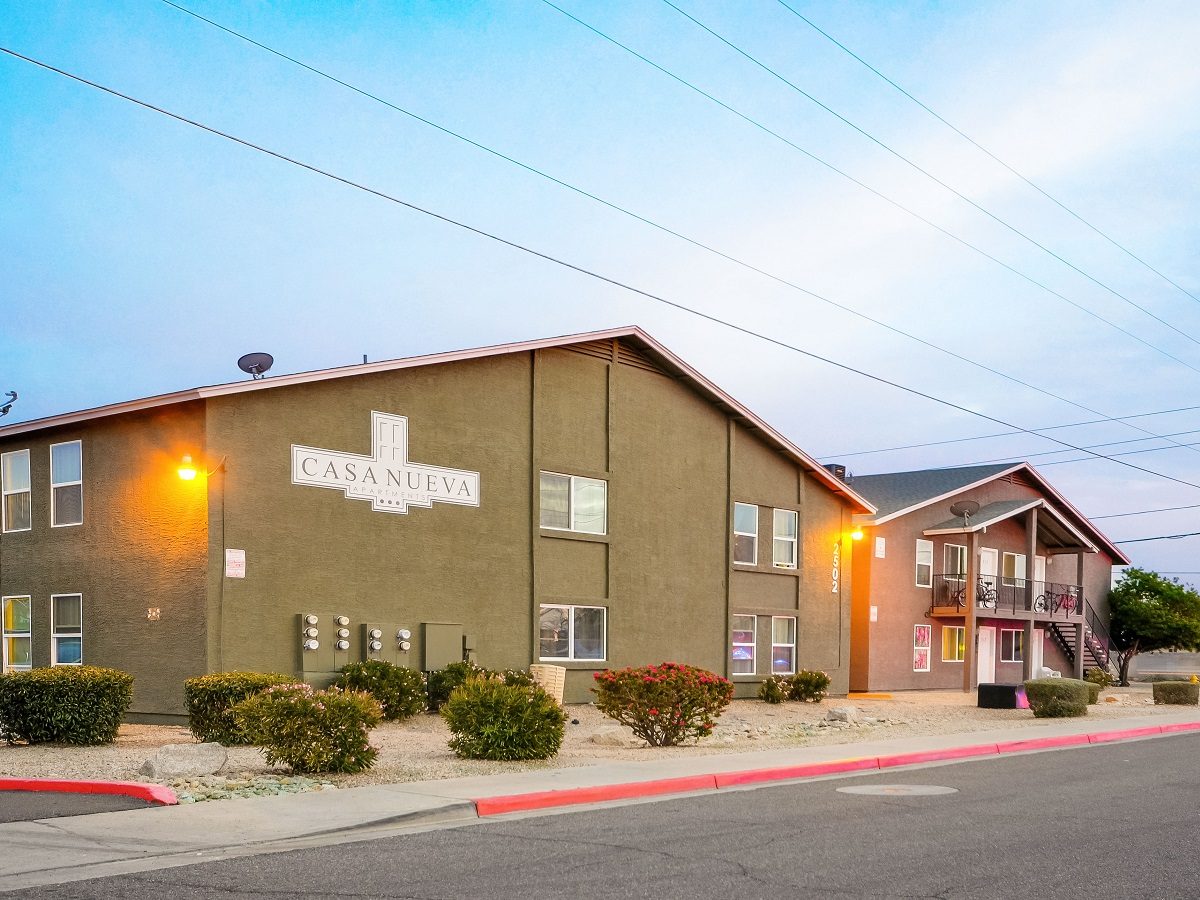 Sundance Capital Group has acquired Casa Nueva, a 90-unit garden-style community in Phoenix. M & L Financial Properties divested the property, while an ABI Multifamily team of brokers represented both parties in the $7.2 million transaction. According to Yardi Matrix, the sale was subject to a $5.3 million Freddie Mac loan, originated by Grandbridge Real Estate Capital.

Casa Nueva is located at 15425 N. 25th St., in northeastern Phoenix. The community comprises seven one-bedroom and 83 two-bedroom units, ranging from 500 to 850 square feet. The units are individually metered for utilities. Common-area amenities include:

Casa Nueva was constructed in two phases, in 1981 and 1987. It previously traded for $4.5 million in 2016, according to data provider Yardi Matrix. The property was fully occupied as of June, with a monthly average rent of $856. The community is situated close to State Route 51 and Loop 101. Shopping and dining destinations abound along North Cave Creek Road, under a mile from the property.

“The Phoenix MSA was named second out of 32 major employment markets for job growth in 2016 and a 2.2 percent population growth with a 3.1 percent unemployment rate as of May 2018. The buyer intends to continue capitalizing on this trend and strong rent growth potential with a value-add approach through additional interior and exterior upgrades,” said Rue Bax, senior managing partner at ABI, in a prepared statement.