The company acquired the pair of historic buildings in a public-private partnership. 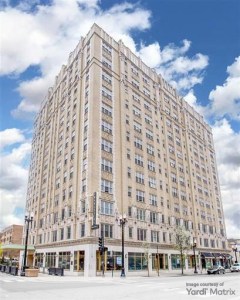 Standard Communities has acquired a 371-unit, fully affordable housing community in Chicago, in a public-private deal with a total capitalization of $46 million. Eagle Management was the seller, according to Yardi Matrix data.

Eagle picked up the asset in 2020, in a $25.2 million portfolio transaction. That same year, the two buildings became subject to a $25.5 million HUD 223(f), 35-year loan originated by Berkadia Commercial Mortgage, the same source shows.

Originally completed in 1929 as a hotel, The Belle Shore Apartments became a historic landmark in 2002. Both buildings feature historic features, to be preserved by the new owner, while implementing improvements to the common areas and amenities, additionally to renovating the management offices.

The two buildings total 371 units with studio and one-bedroom floorplans, ranging between 270 and 640 square feet. Common-are amenities include a fitness center and laundry facilities. The property also features 15,000 square feet of vacant retail space on the ground floor, for which Standard Communities plans to attract quality commercial tenants.

Located at 1062 West Bryn Mawr Ave. and 5550 North Kenmore Ave., the pair of buildings are part of the Edgewater neighborhood. Many dining options, retail spaces and entertainment venues are available nearby. Residents can reach downtown Chicago through Route 41 or by the Bryn Mawr CTA Redline train.

With the help of the same partners, in September, Standard Communities purchased another affordable community in Chicago. The company paid $54 million for the 148-unit property, located in the Oakland neighborhood.