Skanska recently announced it has inked an agreement for the construction of a new development project for the Huddinge municipality of the Swedish capital city of Stockholm. 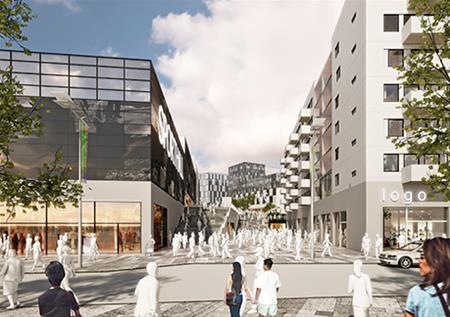 Stockholm, Sweden–Skanska recently announced it has inked an agreement for the construction of a new development project for the Huddinge municipality of the Swedish capital city of Stockholm. The construction contract is worth an estimated SEK 330 million, or approximately $40 million. The company also announced that the contract is included in order bookings for its Swedish operations for the last quarter of last year.

Skanska’s contract calls for the construction of a brand new sports hall and supermarket. The sports facility would be built on behalf of the Huddinge municipality in Stockholm, while the supermarket would be built for ICA Maxi. The supermarket should be a total of 86,000 square feet of space, and will consist of one floor, while the sports hall would be three stories tall, and have a total gross area of around 64,000 square feet of space. The infrastructure aspect of the area is currently under construction, with the new building being scheduled for completion between the end of 2016 and the start of 2017.

The area in which the new development will take shape is known as Flemingsbergsdalen, and is set to be developed in phases. The first phase of the Flemingsbergsdalen development will include the two buildings that Skanska is building, as well as a rental housing project that will total 184 apartments sold to Heba. The Swedish arm of Skanska is one of the most active construction companies with vast involvement in building and civil-engineering construction.