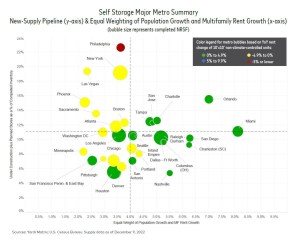 The long-term outlook for the self storage sector remains positive, despite the trend of decelerating street rents, as seasonality and ongoing instability paired with higher debt costs affect demand. As of November, the overall national street rate was $142, another 70-basis-point fall year-over-year, down for the second month in a row.

Looking at month-over-month changes, among the top 31 markets tracked by Yardi Matrix, the majority of markets saw a decline in combined street rates, while only Portland saw a slight uptick ($1) and monthly changes among four metros remained flat. 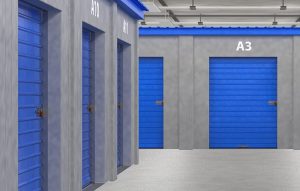 Image by luismmolina via iStockphoto.com

In November, there were 4,536 self storage properties in different stages of development. The pipeline accounted for 11.1 percent of existing inventory, up 10 basis points on a monthly basis. High construction costs, as well as a stagnation in lending environments, could lead to a slowdown in deliveries through 2023 and early 2024.

Despite the expected slowdown, as of yet none of the top 31 metros registered a drop in development activity. While Philadelphia was at the bottom of the list, when it comes to street rate performance, the metro lead the nation, with the largest development pipeline, representing 22.6 percent of the existing stock.

Head over to Yardi Matrix to read the full report.