The financial challenges of operating permanently affordable housing seem inevitable, but a growing number of public housing authorities are embracing sustainability projects to offset costs, increase operating efficiency and improve residents' quality of life, according to panelists at the 2017 Greenbuild conference. 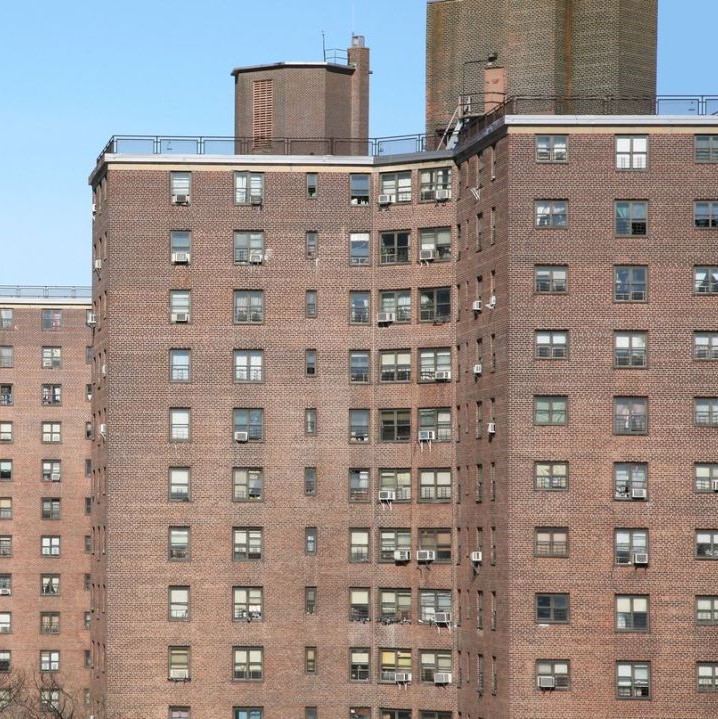 The Housing Act of 1949, part of President Harry S. Truman’s Fair Deal agenda, is a landmark in the history of public housing in the United States, as it stated its goal to provide “a decent home in a decent environment for every American.” Since then, there have been many subsequent acts and programs implemented both on the local and federal levels to provide and regulate housing assistance, but the goal of safe homes in healthy environments for everyone is still the mission for most United States housing authorities.

According to the U.S. Department of Housing and Urban Development (HUD), there are approximately 1.2 million households living in public housing units managed by about 3,300 public housing authorities. Despite limited resources and the generally sullied public opinion about the quality of public housing, an increasing number of housing authorities are navigating complicated financial and logistic challenges to retrofit housing to lessen economic and environmental impact.

Tina Miller, energy manager at the Cambridge Housing Authority (CHA), which manages 2,700 units in the Boston-adjacent city of Cambridge, Mass., explained that the CHA is participating in the U.S. Department of Energy’s Better Buildings initiative, the goal of which is to make commercial, public and residential buildings 20 percent more energy efficient by 2023. As of the Greenbuild conference, CHA was more than halfway to its energy reduction goal.

One of the key components to CHA’s success thus far is its adoption of HUD’s Rental Assistance Demonstration program, which was created to address the $26 million cumulative deferred maintenance nationwide. RAD allows public housing authorities to move units to a Section 8 Platform with a long-term contract that must by law remain permanently affordable. According to Miller, converting CHA’s housing stock into low-income tax credit properties with Section 8 subsidies is “much more beneficial than the public-operating subsidies.” So far, this strategy has paid off for the properties that have received energy-efficiency upgrades. “For each dollar saved with the energy reduction, we’re able to see about $11 in equity brought into that property,” Miller reported.

As an example, Miller presented the Lyndon B. Johnson public housing community in Cambridge, Mass., a 180-unit senior residence built in the 1970s in a brutalist style, when according to Miller, “both concrete and electricity were cheap.” A key aspect of the property’s retrofit project was the utilization of a building-integrated solar air heating system design for the exterior retrofit of the high-rise building. The 2,250-square-foot installation of an unglazed, transpired solar air heating system is designed for high-rise applications in cold climates, and similar systems generally have high operating efficiencies of 70 to 89 percent. The system works with dark perforated metal cladding installed over the building’s ventilation intake system. Solar radiation strikes the cladding, and the air passes through the perforations in the metal to convert sunlight to heat. Outdoor air is drawn through the perforated exterior into a space between the metal cladding the building’s exterior wall, which produces higher air flow rates and fresh ventilation air. “We have rooftop ventilation bringing fresh air through energy recovery down into the hallway and further into the units, which all have their own mechanical ventilation for the first time,” Miller said.

According to Miller, the solar air heating system, among other upgrades including low-e glass and a new and efficient building management system, facilitate the production of 40 percent of the building’s energy on site. The $23 million project was funded by a $10 million HUD grant and additional financing from the Public Housing Capital Fund Program utility rebates and the Low Income Housing Tax Credit Program. The retrofit has boosted the community’s Energy Star score from just a three out of 100 to a 94. 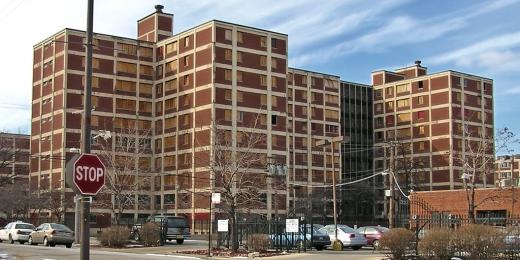 After New York, Chicago’s housing authority is the second largest in the country, and its portfolio includes high-rise buildings, family facilities and “scattered sites,” which are single-family homes throughout the city that were converted to apartments. “Different sizes and different building styles and types all lead to some challenges as far as maintaining those apartments for people to live in,” said Ellen Sargent, director of sustainable initiatives and projects at the Chicago Housing Authority (CHA). Sargent’s main focus is leading a team that manages energy procurement and management, water conservation and urban agriculture to further the Chicago Housing Authority’s sustainability goals among its diverse and aging housing stock. “We now have a somewhat aging building portfolio missing five to 10 years of deferred maintenance, and we’re not quite sure where to start first,” said Sargent. “On top of that, we have some fun things like energy benchmarking ordinances and a general request to get into some alternative energy systems from both HUD and the City of Chicago, who are looking to participate and be a leader (in sustainability).”

Partnering with the Chicago Housing Authority is BIT Building, which in 2016 launched the BIT Building Program, an initiative that aims to increase adoption of sustainability best practices in existing buildings. With a grant in place, the CHA participated in a pilot program with BIT by enrolling two buildings from each of its housing types. “BIT is a framework. It gives us these 16 best practices to look into and find out how we can actually achieve a greener building (and) streamline operations. It provides us with a lot of resources,” Sargent explained.

With so much deferred maintenance, the CHA’s main priority is to improve preventative maintenance strategies and increase operational efficiency. “We’re going to try our best to reduce the need to replace equipment before the end of its lifecycle, to get all of the money out of what we can,” said Sargent. With BIT’s tracking, calculator, template and measurement tools, as well as its network of industry peers and experts, CHA is well on its way to ensuring sustainable and efficient living environments for its residents. 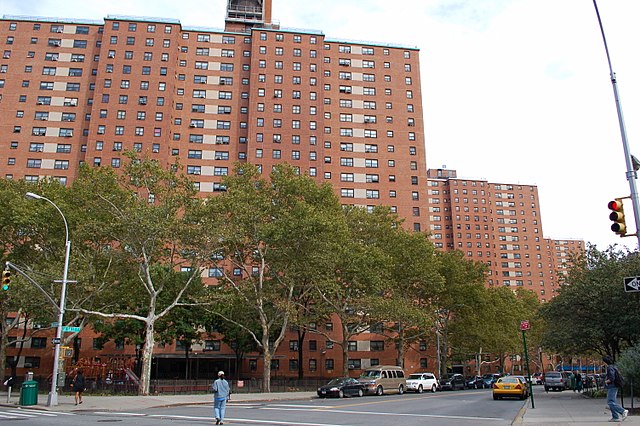 As the largest housing authority in the country, the New York City Housing Authority (NYCHA) has an overwhelming 40,000 residents in buildings that it operates and 20,000 more residents in Section 8 housing. In a large city with a large income disparity, New York’s public housing has earned a reputation for being unsafe and piling up maintenance requests from residents. Bomee Jung, who joined NYCHA in 2015 as vice president of energy and sustainability, said that these problems are especially pressing since “public housing authorities do generally serve a disproportionately high number of vulnerable residents: the elderly, people with disabilities and children.”

Jung is the primary author of the NextGeneration NYCHA Sustainability Agenda, released in 2016 to outline plans to reduce costs and improve quality of life for its residents. “One of the promises that was made in the original plan was that we’d come out virtually with a comprehensive sustainability agenda,” said Jung. “This is an agenda that spans everything from energy efficiency to community gardens to solar; we have a lot of stuff going on in there.” The full agenda is available on NYCHA’s nyc.gov page, and it details its ambitious pledge to sustainability.

The authority reported it is planning to produce 25 megawatts of power from solar panels by 2025, which amounts to 2.5 million square feet of panels. NYCHA plans to invest $300 million to retrofit master-planned developments and eliminate heat and hot water outages and inefficiency, as well as to monitor, test and regularly adjust building systems. A $30 million investment will retrofit 5,000 apartments in small buildings as well as eliminate heating issues by installing control systems in 230 developments by 2025. “In terms of NYCHA’s participation,” Jung reported, “we have about 70 developments that are participating in this program, we have 34 that are currently in some phase of design, we have three pilot sites that were completed a couple of years ago and we have two currently under construction.”