The new construction, located in an Atlanta submarket, features 272 units. 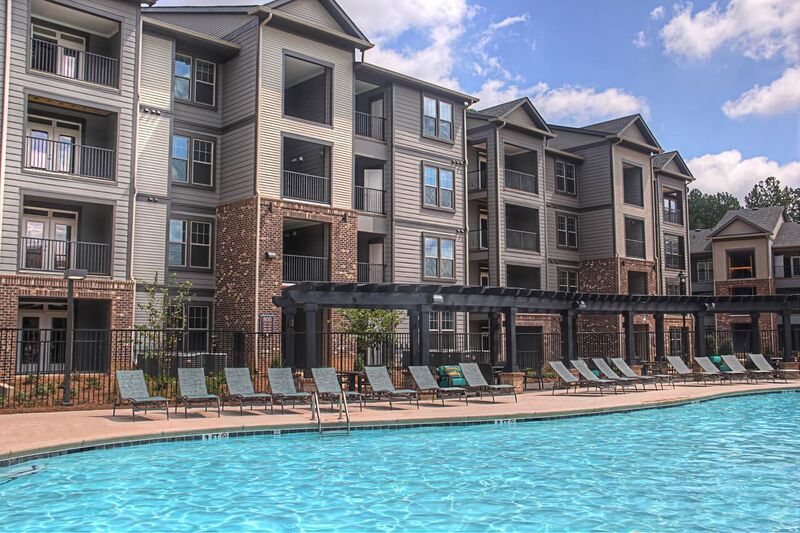 Among the fastest growing submarkets of Atlanta, Woodstock is ideally located. The locale permits residents to place their children in the award-winning Cherokee County School District, and gives them access to more than 280,000 jobs in North Fulton and Cumberland/Galleria. Woodstock was anointed one of the “Best 50 Places to Live in America” by Money Magazine in 2015. Woodstock also offers a thriving, pedestrian-friendly central business district dotted with more than 40 local restaurants and high-end boutiques.

The economy of the North Atlanta region is expected to receive a major boost from several developments. First, SunTrust Park, the new $1.1 billion Atlanta Braves Major League Baseball stadium and mixed-use development, will open in 2017, generating more than 4,000 jobs in the area. Lakepoint Sports Campus, a 1,300-acre campus destined to feature 50 restaurants and 20 hotels, is currently under development and is anticipated to create more than 26,000 jobs when it reaches completion in 2018.

Crest at Laurelwood is a brief commute from the Cherokee 75 Corporate Park, a recently-developed light industrial park. The park has lured several high-profile employers, among them Adidas, MSK Covertech Inc. and ThyssenKrupp AG.

“Crest is a high-quality asset in a market with some of the top schools in the state of Georgia and direct access to an award-winning downtown restoration and redevelopment,” said Peter Calatozzo, managing director of The Praedium Group.