Professionals in the sector expect a slowdown. 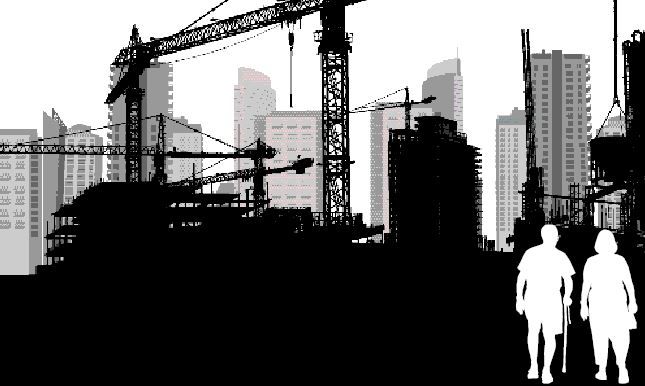 In spite of certain concerns that cloud the outlook for the seniors housing space in 2016, lenders are looking forward to at least a good production year on the heels of a great 2015. According to James Seymour, Capital One’s Chicago-based senior managing director for healthcare real estate, “Across the industry, there is a bit of caution in seniors housing this year. Most people are looking at this year as a good, not a great, year,” said Seymour. “So across the market that would translate into more moderate growth and loan activity than maybe we’ve seen in the past several years.” This conservatism comes about amidst some concerns about overbuilding and the potential impact of rising interest rates, among other things.

Pockets of overbuilding
While it’s not an industry wide concern, it seems there are certain pockets of overbuilding. The Annapolis, Md.-based National Investment Center for Seniors Housing & Care (NIC) reports that inventory in the space rose at an annual pace of 2.2 percent in the fourth quarter of 2015, the strongest since 2010. And current construction represented 5.5 percent of fourth-quarter inventory, making for a new cyclical high. NIC expects that newly constructed buildings will continue to add to the stock in 2016, driving inventory growth closer to the peak of 2.9 percent seen in 2008. However, occupancies remained strong at 90 percent in the fourth quarter, pointing to demand for the space that is being added.

Moreover, it is only in certain pockets in Florida and Texas, and other Sun Belt states, that market participants cite overbuilding. According to Seymour, “We don’t worry about long-term supply and demand, but in the short term, to the extent there is overbuilding, that could have a dampening effect on occupancy in certain markets.”
Advantage for properties providing multiple services

Despite such concerns, financing is available for construction and for different seniors housing niches such as independent living, assisted living, memory care, age-restricted units and nursing facilities. Facilities providing a combination of services, such as assisted living and memory care together, have an advantage. Turnover in such facilities tends to be lower, which lenders see as a positive, since residents can have their needs taken care of without moving.

Banks cut back a bit
Life companies tend to be more selective in the seniors housing financing space, while banks and agencies such as HUD, Fannie Mae and Freddie Mac are more active. The agencies tend to be the most reliable sources of financing in this space, and banks have cut back a bit on their construction lending activity recently. According to Christopher Honn, Chicago-based senior managing director with Berkadia Commercial Mortgage’s seniors housing and healthcare team, “Some lenders have cut back because the competition for business is so keen now that they have decided that the compensation they get for that type of loan is just getting too thin.”

Loan-to-values can range from 60 percent to 75 percent, with loan-to-cost on construction loans generally at the lower end of this spectrum, and LTVs on stabilized properties at the higher end. HUD loans tend to be only fixed-rate, but the agency’s LTVs could run a bit higher, which might appeal to those aiming for more loan dollars. On a fixed-rate loan, interest rates could go up to mid-4 percent. On a floating rate loan, the spreads over LIBOR could range from the low-200 basis points to low-300 basis points, and could go up to the mid-300 basis points depending on leverage.

Compared to multifamily properties, the terms for seniors housing lending tend to be less favorable. Cary Tremper, a Dallas-based managing director with Greystone’s seniors group, noted, “There is an operations component to our business that maybe doesn’t get taken on at a multifamily level. So from a pricing standpoint, you may see a little bit wider pricing on seniors.” That margin has come down over the years as lenders have become more comfortable with the performance of the seniors housing space, according to Tremper.

Slowdown in acquisition activity?
Industry participants are also watching for any impact this year from rising interest rates. This could potentially slow down acquisition activity as the cost of financing rises, particularly affecting the activity of real estate investment trusts and private equity investors. It could also slow down property price rises, especially for properties on the lower end of the care spectrum, such as independent living facilities, where demand from seniors tends to be more discretionary.

Berkadia’s Honn said, “The acquisition pace will likely slow down this year versus the last couple of years, which has just been at breathtaking, record-breaking levels. Our team thinks we have hit an inflection point in values in the industry and that values have stabilized. We are starting to see some transactions being sold at more conservative cap rates than we’ve seen in the last couple of years.”