Stakeholders from the government, non-profit and private sectors worked together to buy three apartment buildings in Queens, which will be kept rent-stabilized under the Neighborhood Pillars Program. 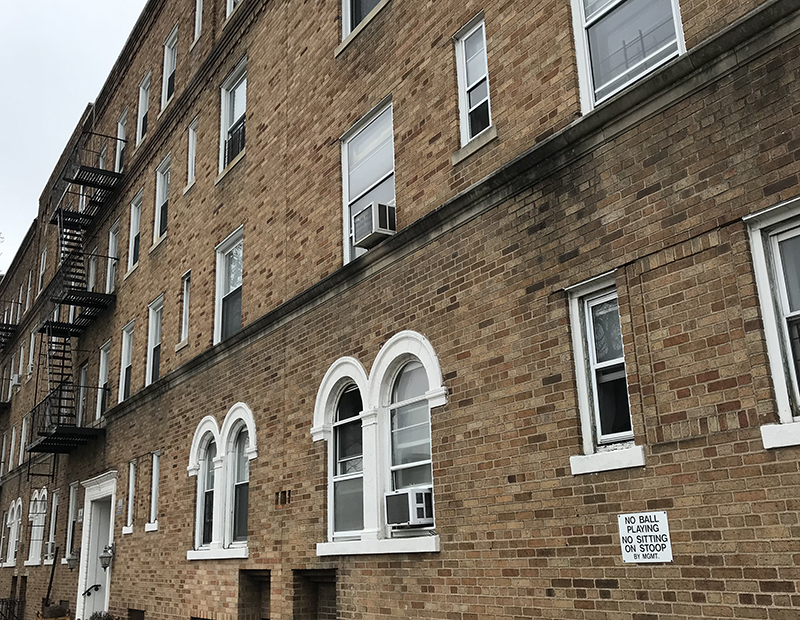 One of the Glendale apartment buildings. Image courtesy of Enterprise

The New York City Acquisition Fund has provided a $15.1 million loan to acquire and preserve three apartment buildings in Queens as affordable housing, marking the city’s first deal under the Neighborhood Pillars Program that aims to safeguard the affordability of existing buildings.

The loan deal was coordinated by a roster of organizations, including the New York City Department of Housing Preservation and Development (HPD), in concert with privately held Rockabill Development. Rockabill will co-own the properties alongside Selfhelp Community Services, a not-for-profit organization that will provide services for older residents as they age in place and require assistance.

The group of buyers expects to close on HPD and Housing Development Corporation (HDC) financing for renovations and to refinance the bridge loan this summer. The trio of buildings in the Queens neighborhood of Glendale contains 72 apartments in total, of which about 88 percent are rent-stabilized, and the rest are unregulated. Most of the units are occupied by seniors.

More than half of the rent-stabilized units within the buildings at 71-15, 71-21, and 71-27 65th St. could have seen average rents hiked by as much as $469 per month upon lease renewal under current rent stabilization rules. The financing with HPD calls for the owner to maintain the current state of rental affordability for at least 40 years, and 30 percent of the apartments must be permanently affordable.

The nonprofit Enterprise Community Loan Fund (ECLF) worked with HPD and the other partners to arrange the financing. “Preserving affordable housing while simultaneously ensuring that residents have the support they need to age in place is vital as we work to combat displacement and the affordability crisis,” commented Judi Kende, vice president and New York market leader for ECLF’s parent company, Enterprise Community Partners Inc., in a prepared statement.

Striving to rein in housing costs

Launched in 2006, the New York City Acquisition Fund has invested $415 million in the city through a unique partnership between Enterprise Community Partners, the city government and an array of commercial lending institutions and foundations.

New York City’s HPD and HDC unveiled the Neighborhood Pillars Program last October. As part of Mayor Bill de Blasio’s plan to finance 300,000 affordable homes by 2026, the $275 million public-private fund is designed to help non-profits and other organizations purchase, rehabilitate, and preserve the affordability of rent-stabilized and unregulated buildings that are at risk of becoming unaffordable, due to changes in state rent laws and the ever-growing demand for dwellings throughout the city.