Riverton, a 418-acre waterfront redevelopment on the Raritan River in Sayreville will be the largest mixed-use project in the state. 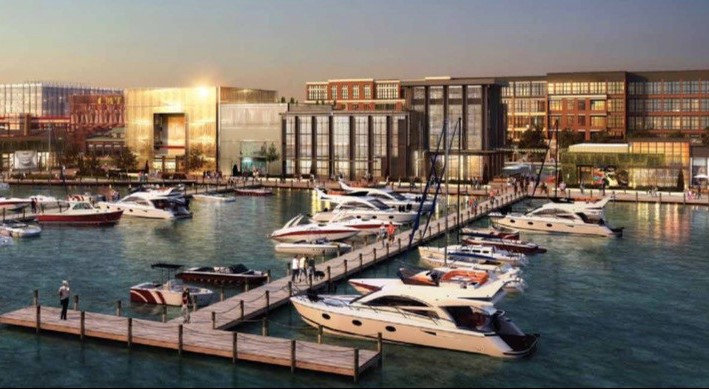 North American Properties (NAP), in a joint venture with New Jersey-based PGIM Real Estate, has rolled out revised plans for Riverton, a 418-acre waterfront redevelopment on the Raritan River in Sayreville, N.J. According to the developers, it will be the largest mixed-use project ever to rise in New Jersey.

The $2.5 billion community will combine residential, retail, office and hotel space in a “curated street-level experience, highly programmed gathering spaces and resort-inspired hospitality,” NAP said. Recreation and open space will complement the built environment, along with various public and civic uses on more than a mile of riverfront located within 20 miles of Lower Manhattan.

Key public approvals for this site were obtained in 2014, but since then NAP has updated the redevelopment plan. So, the developers are now in the process of securing the necessary state and local approvals for the revised Riverton project.

The development will include about 2,000 apartments and single-family homes, along with about 1 million square feet of office space. That’s roughly the same as in previous plans. The site will also include a marina and two hotels.

The project has received support from state leaders, as well as Middlesex County and the Borough of Sayreville. A critical component of the project financing will be support from the New Jersey Economic Development Authority (EDA) through the Economic Redevelopment & Growth Program, which EDA approved in 2014 and will be asked to reaffirm for the updated vision.