Nest Protect is Much More Than a Smoke Alarm

Nest Protect is a combination smoke and carbon monoxide detector built for the 21st century.

Ah, the smoke detector. One of the most important home appliances has the tendency to be the most annoying. From sounding off when the oven is preheating to chirping just as you are drifting off to sleep (didn’t I just climb up and change the batter a month ago?), the smoke alarm is in need of a 21st century update.

Nest, makers of the sleek and smart thermostat, has done just that with Nest Protect. The Wi-Fi and app-enabled combination smoke alarm and carbon monoxide detector has a host of intelligent features that makes the $129 price tag worth considering. Each Nest Protect unit can be given a unique name (i.e. ‘Demonstration Kitchen’) and tracked from a smart phone or tablet. When Nest Protect detects smoke, it gives and early warning called ‘Heads-Up’ before turning to a loud, howling alarm. The unit lights up yellow and speaks with a human voice, letting people in the area know if there is smoke or if carbon monoxide levels are rising. The alarm itself can be silenced with a wave of the hand. No more swinging towels. 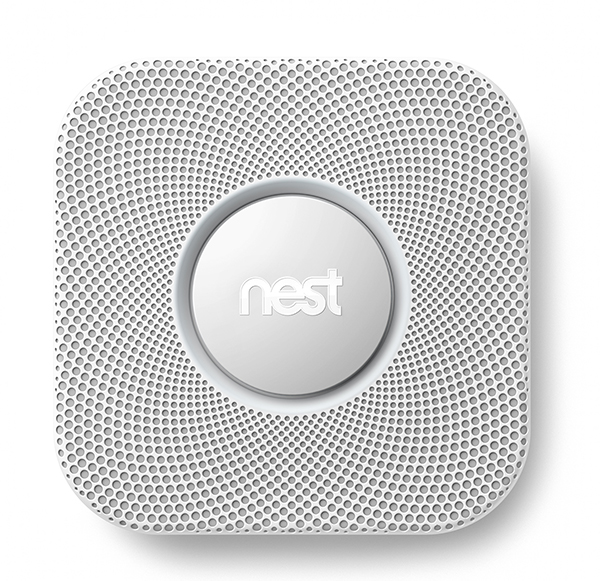 Nest Protect has also done away with chirping low battery alerts. Instead, the unit’s ‘Night Promise’ feature presents a quick, green glow when the lights are turned out. This lets the user know that the batteries and sensors are working. In there is an issue, the light ring will glow yellow. Wave a hand and Nest Protect lets you know what’s wrong.

One of the most innovative features is an optional night light setting. The unit’s motion detector triggers a low-power, high efficient LED lamps set for low brightness. After you pass by the light automatically turns off. The night light feature in on by default for Nest Protects installed in communal areas like a living rooms or hallways, but is disable by default for bedrooms. The user can easily turn the feature on and off for any room via the Nest apps.