The company developed a 39-unit affordable community in the property, part of an initiative to transform as many as 11 acres of vacant lots in Boston into a mixed-use, transit-oriented development. 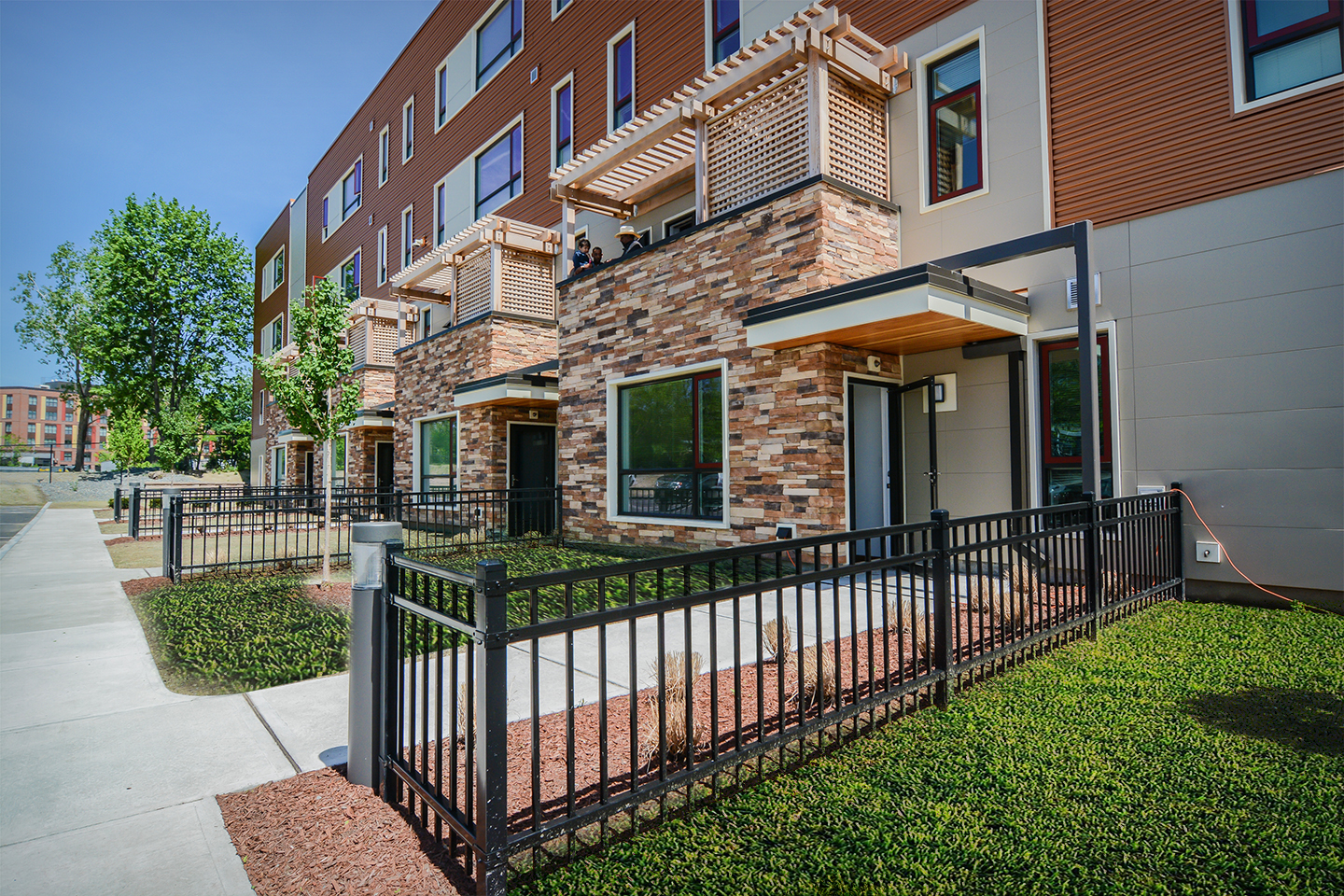 NEI Development Corp. has recently completed a second project within the Jackson Square Redevelopment Initiative, 75 Amory, a 39-unit affordable apartment property. The initiative is a plan to transform eight to 11 acres of vacant lots in Boston into a mixed-use, transit-oriented community.

The property, though it is near the Jackson Square T station, also includes 28 residential parking spaces, as well as a community room and outdoor patio. Many of the three-bedroom apartments will be on the ground floor, with patios and direct access to the street. Jamaica Plain Neighborhood Development Corp. owns the property, which was designed by Tise Design Associates.

The 75 Armory development is on a site consisting of three major parcels. During the 1960s, buildings on the site were demolished to make way for an eight-lane extension of I-95 that was later scrapped. That left a patch of vacant land near the intersection of Columbus Ave. and Centre St. at Jackson Square.

In 1999, the Jackson Coordinating Group (JCG) was formed to oversee the Jackson Square Planning Initiative. More than 30 organizations with interests in Jackson Square were identified and asked to appoint an official representative to the planning group.

By 2005, Jackson Square Partners (JPNDC, Urban Edge, The Community Builders and Hyde Square Task Force) was tasked with redeveloping the crossroads between Jamaica Plain and Roxbury. NEI completed the first project for the redevelopment, Jackson Commons, in 2015. The developer worked with Urban Edge on the mixed-use project that includes 37 mixed-income apartments as well as 12,000 square feet for a neighborhood learning center and office space.