MIPIM Special Report: The Clash of the Disruptors

Who will disrupt the future of real estate? 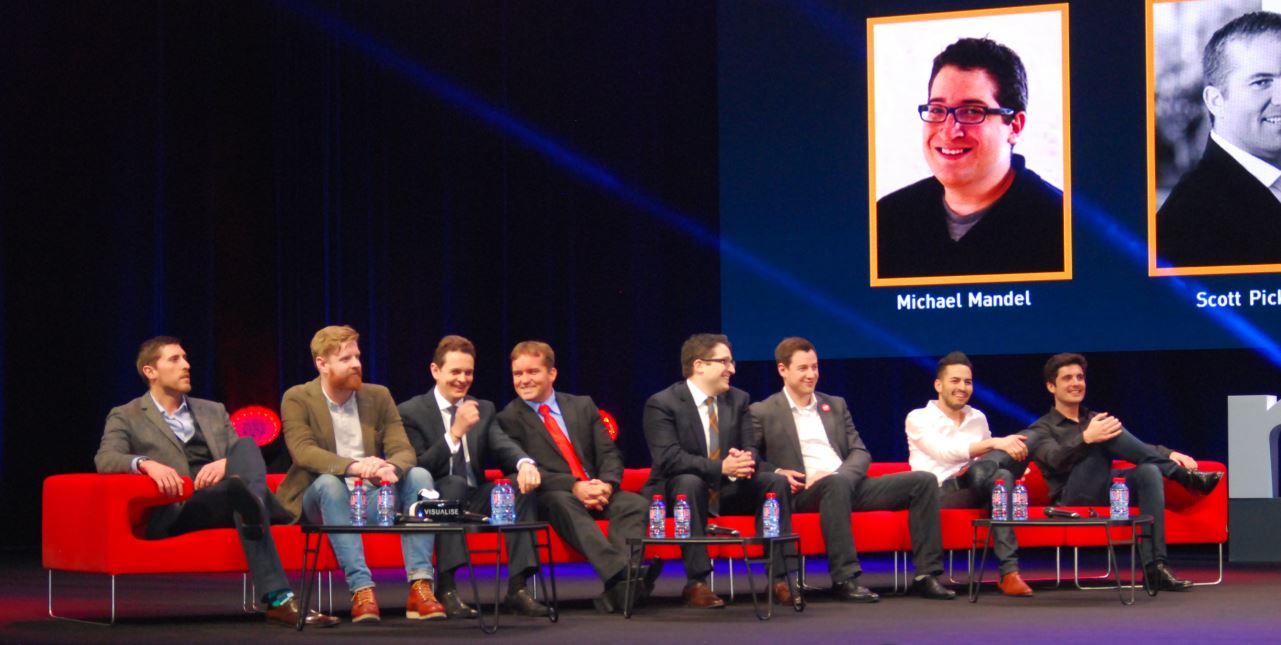 Who will disrupt the future of real estate? This was the recurring question during yesterday’s MIPIM workshop called “Digital Economy Challenges Real Estate Sector: Disruptors at the Door,” which was sponsored by Lennar International. In an age when smart devices literally surround us, technology is always a hot topic in all major industries—and real estate is by no means an exception. The mobile revolution and, recently, the Internet of things are innovating the industry in too many ways to quantify. However, not much has been discussed about sensors or screen resolutions at Wednesday’s keynote session here in Cannes. Instead, the audience had the rare opportunity to meet some of the people who give purpose to these ever smarter objects in the world of real estate through their innovative ideas.

The audience was asked to rate the projects during the interactive round-up with a simple raise of their hands, or more specifically their fluorescent glow sticks that they were handed at the entrance. The speakers were all given four minutes to convince the crowd that their activity is the disruptor that will make the difference in the real estate industry. Meanwhile, a jury consisting of Lennar International President Chris Marlin, C&W Global Tech Group Leader Juliette Morgan and Redstone Digital Managing Partner Samuli Siren asked questions in order to gain more insight on different aspects of each project.

First on the podium was Romain Armato of Juwai.com, a publishing platform that helps Chinese consumers and investors to orientate themselves on the global property market and also provides a gateway for international agents, brokers and developers to the Chinese buyers. According to Armato, the portal reaches over 2.5 million people and lists 4.8 million properties every month.

Scott Picken, founder and senior managing partner of Wealth Migrate, promised nothing less than solving the planet’s greatest challenge, which, in his theory, is the limited transparency and the fact that investors don’t trust governments. His real estate crowdfunding platform, Wealth Migrate, offers the helps investors worldwide have access to a broad range of opportunities in any part of the world.

The next contestant was Jean-Marie Celerier who presented Tandoori, another leasing platform whose leading product is Spicesoft. According to Celerier’s presentation, Spicesoft specializes in small premises like offices, co-working centers as well as various types of accommodation. The creators behind Spicesoft foresee a disruption in the leasing industry and so they have prepared an e-commerce solution complete with features like direct debit and electronic signatures.

The fourth project, U.S.-based Compstak was presented by CEO Michael Mandel who started his speech with a quick reference to the importance of transparency in the commercial real estate business and how big data facilitates it. The company offers data obtained via a crowdsource platform called Compstak Exchange, where real estate agents, appraisers and researchers share commercial lease comparables. The users earn credits for sharing comps, and they can later use this virtual currency to gain access to data posted by others.

The method presented by Mandel was immediately put in contrast with a very different approach to handling information. Spallian CEO Renaud Prouveur used his four minutes to introduce his company’s product in a quick visual tour. Not only does Corto grant access to a vast amount of market data, but clients can quickly make sense of it by using a wide range of interactive maps.

The next contestant was Henry Stuart, co-founder and CEO of Visualise, a company involved in bringing two worlds together, virtual reality and real estate. The technology is being embraced by the most significant tech leaders and implemented in various fields such as sports broadcasting and gaming. Apart from visualizing future developments and even helping architects during the design process, the technology can also prove to be useful in sales, as clients can explore existing properties regardless their location.

Stuart’s product presentation was followed by a preview of Hightower, a U.S. initiative that claims to be the industry’s first web- and mobile asset management and leasing platform for commercial investors and brokers. CEO Brandon Weber spotted a problem in the way people in the industry handle data and, consequently, developed Hightower. This product offers a cloud-based solution so that wherever businessmen may go, their businesses can trail them.

The winner and the absolute favorite of the audience was a UK-based online retail leasing marketplace called Appear Here. CEO Ross Bailey based his idea on statistics: in the early ‘90s the average lease in the UK was 20 years, which has now reduced to around five–however, the methods of renting have remained the same. Bailey claims that his company’s solution makes renting retail spaces as convenient as booking a hotel room and the procedure can be shortened to just 48 hours instead of three to six months.