2013 was a banner year for Steadfast Income REIT. The public, non-traded company added 33 communities, or nearly $1 billion worth of assets, into its portfolio of properties located in the central corridor of the United States. On December 20, the REIT announced that it had closed its rolling public offering and would use the near future to refine elements of the portfolio via value-add plays in order to continue to harvest yields for investors. But they say every end has a new beginning.

MHN recently caught up with Ella Shaw Neyland, president of Steadfast Income REIT, who gave insight on the strategy of investing outside of the “sexy six,” as well as a look into the goals of Steadfast Companies’ second public company, Steadfast Apartment REIT, which commenced its initial public offering on December 31.

“Steadfast Income REIT was the first public company that Steadfast has owned. It actually pre-dates me, so if I make it sound like I was part of the creative process, I wasn’t,” Neyland says. “But Steadfast Income REIT was created as a way to source a steady, reliable, sticky source of capital through the non-listed REIT space. It was a bit of a slow start. Our first acquisition was in August of 2010. The next year we bought $50 million. In 2012 we gained traction and acquired $500 million worth of property. In 2013 we acquired almost $1 billion. So we ended up with about $1.5 billion worth of apartment communities in 11 states.”

The REIT pays a 7 percent distribution to its investors. According to Neyland, securing that level of yield required a bit of a different strategy from the public traded REITs of the NYSE that acquire trophy assets in core markets. Steadfast Income REIT had to target markets where there was job growth and they could buy for the right price.

“We are literally in 11 states in the central United States. They are moderate income apartments. This was a unique strategy, and I think it was really smart. But there was also some luck. I don’t think that Steadfast realized the domestic migration these states would see. What we see as we look back over the Great Recession—and I always laugh, since I wouldn’t call it great, I’d call it terrible—is that the majority of Steadfast markets have recovered all the jobs lost. You are seeing people move into these markets for new jobs, and a better quality of life. Our average rent is $950. Most people in America make between $40,000 and $75,000 a year, and that is where the jobs are being created. They aren’t investment banking jobs.”

MHN: Looking at your portfolio map, Texas has been a huge destination. What has drawn you to the Lone Star State? 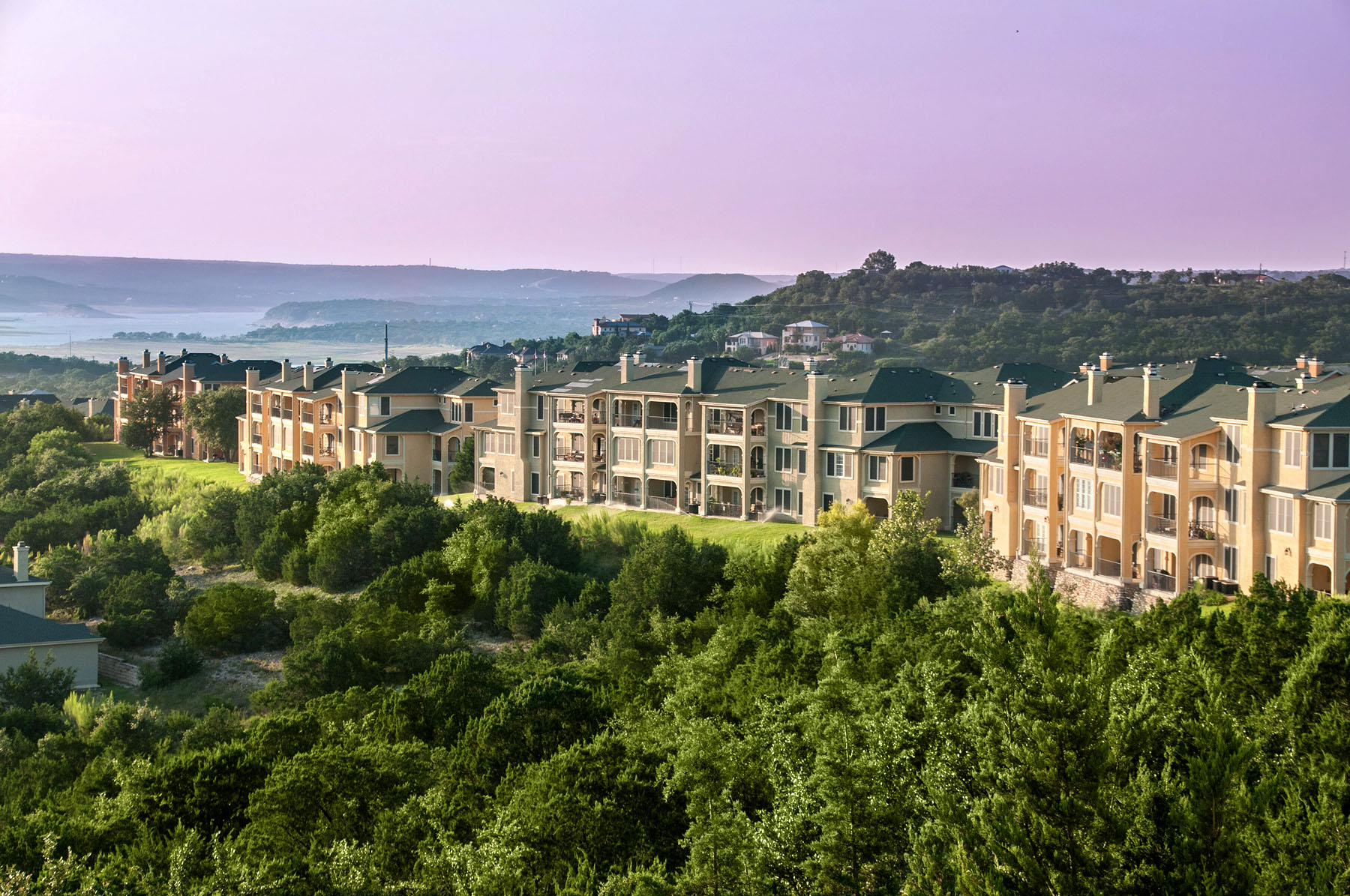 In August Steadfast Income REIT announced the acquisition of Meritage at Steiner Ranch, a 502-unit community in Austin, for $80 million. The closed REIT now has 63 properties in its portfolio.

Neyland:  Out of our $1.5 billion portfolio, 43 percent is in Texas. We looked at 2013 as a major year to establish our footprint in Texas for a whole multitude of reasons. I can’t claim we are the only people to recognize that. You may recall the Time cover at the end of October that had a map of Texas that said ‘United States of Texas—Why the Lone Star State is America’s Future.’ You see the four major Texan cities were all listed as top cities to watch by Forbes for 2014. Austin was at the top. San Antonio was number two, and Dallas was number 6. For us, Houston was a big focus in 2013. We actually ended up the year with about 19 percent of our portfolio in Houston.

It is one of the cities that has gained the most young college students since 2006. Houston is supposed to add 140,000 households by 2017, which is the largest increase in the nation. It you look at the dynamics, they are reflective of what we look for in a lot of our markets. Texas is business friendly with no state income tax. It is a right to work state. There is a lot of public-private capital moving in. Governor Perry has said that 30 percent of all jobs created in the last decade were in Texas.

MHN: In what ways have renter attitudes shifted since you have been involved in the business? We keep hearing about the renters by choice, and that demand is coming from both end of the age spectrum.

Neyland: The younger generation is really picking apartments as a long-term lifestyle as opposed to my generation. The Baby Boomers saw apartments as almost an excuse for where you are living, the ‘I am only living here until I can buy a house,’ attitude. Now people are saying I picked this specific apartment for a reason. It is literally their home. So we encourage pets. People are living in apartments longer, they are getting married and having children later. That pushes off the desire for a house.

Another thing is that this generation seems to have a lot more fun than my generation had. My three Millennials are not looking to mow the lawn, paint fences or clean garages on the weekend. They want the freedom to go and do what they want to do. Renting offers a lifestyle of freedom. They also view it as a smart economic choice.

If someone is living in a luxury apartment, and their economic circumstances turn against them—a demotion or a roommate loses a job—they will move into a more moderate income apartment. People don’t move out of moderate income apartments. If they get a pay raise they don’t say ‘Oh I got a raise, I am going to spend more on rent.’ They decide to buy a car, or take a trip, or buy a bigger TV. They like the concept of renting, and they have become much more budget conscientious than the Baby Boomer generation.

MHN: And what about the Baby Boomers? We are hearing that older renters are contributing more and more to apartment demand.

Neyland: Well the NMHC recently put out a research note on that exact topic. There are a couple of reasons for this trend. When the housing market was seriously impacted during the great recession, Baby Boomers could not sell their homes. As some of these markets are starting to recover, and people can sell, they are electing to go into apartment rentals. Again, as a lifestyle choice. 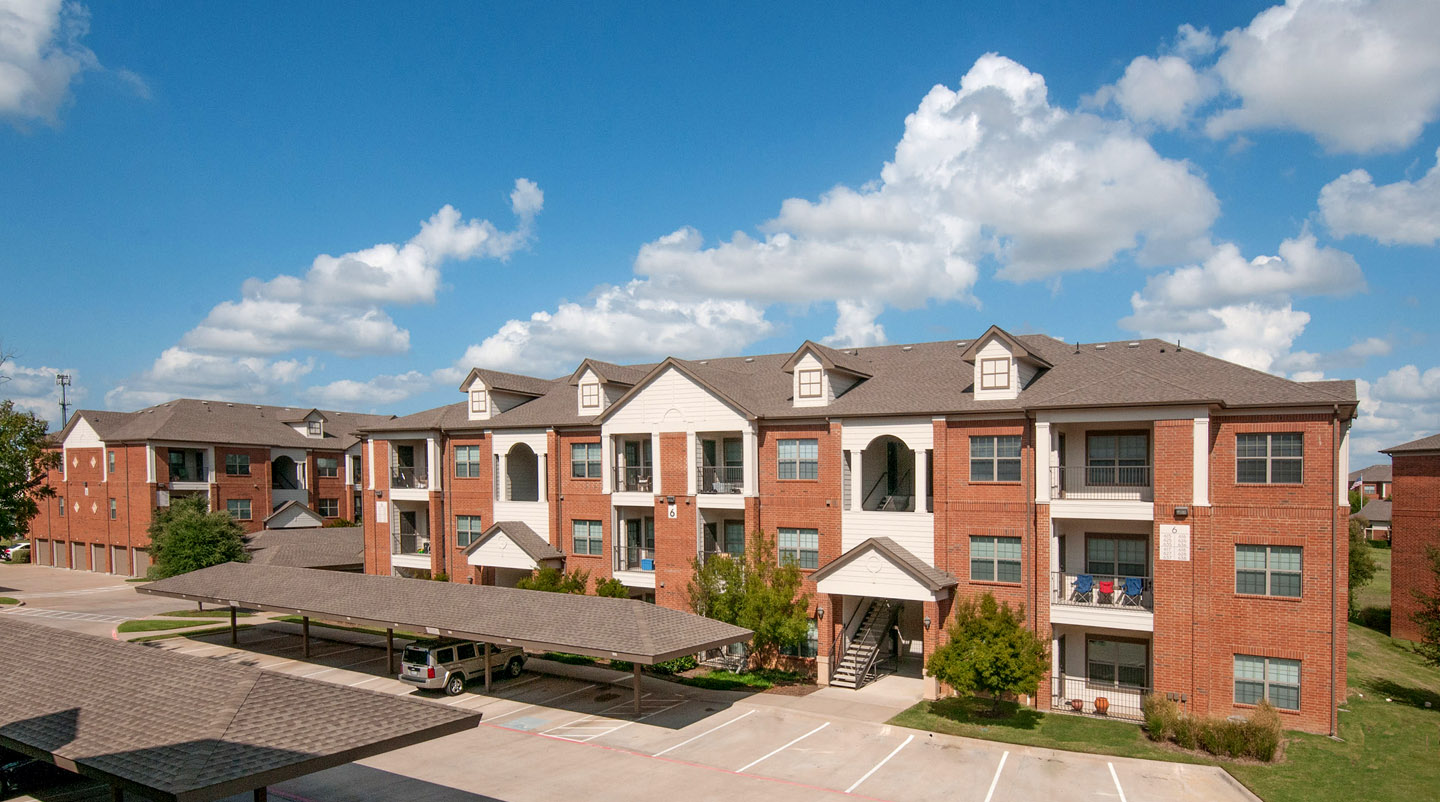 The Landing at Mansfied was the sixth property Steadfast Income REIT purchased in the Dallas/Fort Worth Metroplex.

I don’t think they will come in at the same level as Millennials. The industry is going to capture most Millennials because they are not going to buy a house and have $25,000 in student loan debt. But we will capture a percentage of the Baby Boomers, who are 77 to 85 million strong. So if 10 to 30 percent of those Baby Boomers come back into apartments, that is an outsized demand. The interesting thing about the NMHC research is that when you get out to 2023, you are going to see one out of every five new renters coming from that Baby Boomer generation.

There is talk that the positive outlook and outsized growth in the apartment industry is going to be mitigated because owners are not going to be able to realize the rent increases they expect due to impact of new construction. I think that is true in coastal cities, the types of markets where you are trying to get the $2,500 monthly rents. I don’t think it is true for Steadfast. In our markets there is very little new construction. We can realize an increase in rent when we go in and renovate the kitchen and update the floors, cabinets and appliances. We really do view the next two to seven years as pretty strong for our markets and our demographics.

MHN: Now that Steadfast Income REIT is closed, what is the plan for those properties?

Neyland: We have gone through the majority of our acquisition strategy. We may go through and prune the portfolio and recycle capital if we think we are too light in one market and too heavy in another during the first part of the new year.

We are going to spend 2014 harvesting these value-add opportunities I mentioned. We are also going to harvest the fact that we can operate these properties a lot better than the people that sold them to us. So 2014 will really be that focus to harvest that value for our shareholders.

Then we think that 2015 to 2016 is the timeframe for deals. It feels like those are the optimal years to monetize and really optimize the return to our shareholders. There is going to be strong demand for our product type, and the markets we are in because that is where businesses are moving. In addition, I don’t think anyone really thinks that interest rates are going to go up significantly in the next two year time frame. If that is true, there is still going to be a search for yield. Clearly our apartments have higher yields than the 3.5 cap rates that people are buying on the coasts.