Shaun Smith was recently hired as the senior director for the Targeted Affordable Housing Retail Production division for Freddie Mac Multifamily. MHN talks to Smith about her plans to increase the focus on affordable preservation and why preservation transactions have been so successful. 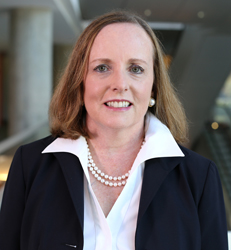 McLean, Va.—Shaun Smith was recently hired as the senior director for the Targeted Affordable Housing Retail Production division for Freddie Mac Multifamily. MHN talks to Smith about her plans to increase the focus on affordable preservation and why preservation transactions have been so successful.

Smith: Targeted affordable housing is a niche business within the multifamily business. Basically, everything we touch has either a government subsidy tied to it or a program. For instance, we finance properties that utilize Low Income Tax credits as part of their capital stack, we finance housing bonds and we finance properties with Section 8 contracts, so anything that’s supported by a government program or subsidy.

This niche business requires people who stay current in the legislation that affects that business and stay current with the products in that business, which requires specialized contacts within the origination world. This is not something that is easy for a generalist to do, so about nine years ago we brought everything into our home office in McLean, Va., and started working the business from there. We found that to be much more successful than a dispersed regional approach.

MHN: What are your priorities in your new position?

Smith: Right now our biggest priority is to continue with what we call the Very Low Income Initiative. We have some fairly robust housing goals, and everything we do will meet those goals or provide us the opportunity to finance properties that have housing units in them that are affordable to people at very low income—that’s designed as people who are 50 percent at median or below. That’s probably our most important push right now—to maintain the momentum we have going into the end of the year.

After that, I would like to make sure that we are continuing to serve our sellers by staying current on their needs in terms of executions that they may need. For instance, we just started a new execution called short-term bonds, which cut down on the costs of issuing properties that are financed with 4 percent tax credits, which are tied to housing bonds.

We look to becoming more efficient and getting a bigger foothold into the preservation space. We’ve been known for many years as a “bond shop.” Most of our business in years past has come from the credit enhancement of tax ascent housing bonds. In a typical year it would have been 75 percent bonds and 25 percent cash business. The preservation business has expanded greatly in the last several years. There’s an awful lot of property out there that has gone through its initial compliance period and is now able to be recapitalized. That’s a niche that works very well for the GSEs Fannie and Freddie. New construction of properties is the more glamorous end of the business—the properties are more hotly pursued by banks with large CRA needs. The preservation business is more of a niche—the properties are at least 10-12 years old by the time a preservation opportunity comes around and they can be refinanced. If they’re family properties, they’ve probably had some wear and tear and need some reinvestment of capital. This is something I think the GSEs excel at because we understand the product type and we’re able to re-underwrite them and recapitalize on a prudent basis. It’s a very large segment of the market that is just now becoming open to refinances. We have made a lot of inroads in the last couple of years.

The nice thing about doing a preservation transaction is a lot of those look like conventional financings—they’re done at conventional credit parameters, they’re stabilized properties, all the moving parts that you might have had at the construction phase are in place and have been operating for several years, so they’re much easier to underwrite and much easier for a conventional-focused investor to understand that property type. We’ve had quite a bit of success securitizing those preservation loans. What that does for the marketplace is it brings money to the preservation area. The k-deal allows us to tap the capital markets and get capital market pricing for a product that might not normally be able to get that kind of pricing. We’ve been working very hard with our sellers to find preservation properties that are in need of recapitalization that fit the bill for going into a k-deal. We anticipate that about 75 percent of our cash business this year will be able to be securitized.

MHN: Do you think this will continue, or is this year an anomaly?

Smith: I think that there’s quite a long run with this. If you go back 10 years, you’re beginning to get a lot of volume in the tax credit business. You go forward until the world really changes with the conservatorship. You’ve got a good five years in there of product. There are several more years to run on this. If you go back even further, there is also a lot of product. Now, some of that product might leave the affordable space, especially if it’s past year 15, but there’s a big need for recapitalization, and not everyone wants to do a new tax credit allocation. It’s expensive, for one thing. The properties that can be refinanced and recapitalized without tax credits very often are being refinanced that way. That’s not to say that we’re not open to doing new tax credit transactions—we love to do them, we do them all the time. But still, there’s a lot of room in the preservation market.

MHN: Are there any challenges you’re seeing with preservation?

Smith: There are a number of tax credit properties that will probably only be able to be recapitalized with new tax credits because they’re in areas of the country where income has not grown or has gone down, or development has not been exactly headed their way. Those properties are probably struggling a bit in terms of their net operating income, and if they are meeting housing agencies’ housing needs and need to be recapitalized, the best way to do that would be with new tax credits and some soft debt, or something to pay down the hard debt so they can move forward.

There really is sort of a “have and have not” in the world of tax credits. People talk about CRA “hot” and CRA “not.” It’s sort of the same markets. The CRA “hot” markets tend to be the costal markets, where the banks have very large needs for investing in certain areas from which they derive deposits. Those markets tend to have steadier rises in AMI. The CRA “not” markets, more often than not, are in slower growth or even declining areas of the country, but there are still housing needs. If the preservation boom helps those properties in stronger markets, there’s still going to be a need to support the housing in the weaker markets, and that’s where the continuation of the tax credit program would be helpful.

Smith: I just started this job, and I’m excited about being here. I’ve been at Freddie Mac a long time—I’ve been here over 14 years, and I’ve always worked on the underwriting and credit side. I’m looking forward to getting to know my customers better and getting to understand their needs in more depth.