MHN caught up with Jeffery Hayward to discuss how the industry will evolve in 2017. 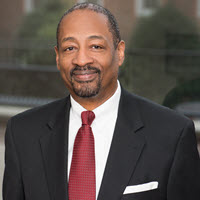 San Diego—Jeffery Hayward, head of Fannie Mae’s multifamily mortgage business, spoke to MHN at the Mortgage Bankers Association CREF/Multifamily Housing Convention & Expo. In the following conversation, Hayward shared a few highlights from 2016, as well as initiatives that Fannie Mae is embarking on in 2017.

MHN: What is Fannie Mae’s market share and origination volume, and how do you expect those figures to change this year?

Hayward: Last year, in 2016, we were around 20 percent of the market. The projection from the Mortgage Bankers Association is that the size of the market is going to be about the same, up a little slightly. I think, given that dynamic, our originations should be about the same as the $55 billion we did in 2016.

MHN: How would you characterize competition among the various real estate capital sources?

Hayward: Life companies should have a big quarter. The business that they do is really Class A business. It’s hard for me to tell what the banks are really doing because some of them aren’t in the construction business anymore. There are some regulatory questions that have come up, so we don’t really know exactly what the banks are doing. I think agency lending will be steady.

There are things that we do really well and things that Freddie (Mac) does very well. You’re going to see that. I think the competitive environment will be about the same as it was in 2016.

MHN: How will market forces impact loan quality this year?

Hayward: I think we’ll end up—I can speak for us and only us—in about the same place we were last year, with average LTV around 68 percent, average debt coverage close to 1.98. There are some challenges in the market around new supply, meaning there are some markets with lots of new supply coming in. We’ll watch those markets and do what we always do, which is due diligence deal by deal and examining the submarkets. There will be a little bit of stress on the market because there is so much new production coming on. Particularly, there are about 12 or 13 markets in which there is a preponderance of new supply. All of that doesn’t necessarily fit what we do because some of it is very high-end product.

MHN: Where are you seeing a concentration of new supply?

Hayward: Dallas will have a lot of new units coming online. So will Austin and Denver. Seattle has been that way for a while, along with San Francisco, San Diego and L.A.

Typically the new construction is aimed toward higher rent and income levels. Workforce housing, which is what we do, tends to be the B-class apartments in those markets.

MHN: How will GSE reform affect your operations?

Hayward: With GSE reform, what can be said will be highly speculative. I will say this: we’re going to do the best job running our company. Our job is to serve the people we’re meant to serve, and we will do that every day.

MHN: What trends have you observed in the types of projects being financed?

Hayward: What we are excited about is that last year we did $3.6 billion of green finance. That’s where we’re adding sustainability. So let’s say you’re rehabbing a project, and you’re going to add new windows, doors, low-flow toilets, lighting, etc. I think the trend toward green financing is going to be big. We have a lot in our pipeline.

When it comes to green financing, owners do it because they can save money, and we like it because it helps the planet. It all seems to be working out very well.

We had a really great year in 2016 with affordable (housing), and this year could be great for us as well. We’ll have to watch and see what happens with the low-income housing tax credits going forward, but I see opportunities there.

Hayward: Over the last couple of years we have spent more than $100 million re-platforming our entire infrastructure. A signature change is DUS Gateway, which is our way of interacting with our DUS lenders during the origination process. That’s been the biggest innovation we’ve done recently. Quite frankly, I think what enabled us to do $55 billion in business last year was this new technology making it easier, faster and smarter for lenders to interact with us.

This year, there will be more changes as we integrate more technology for our lenders. We are looking forward to that. I think our lender partners would tell you in a heartbeat that if it were not for DUS Gateway, they would not have been able to do the business with us that they did.

MHN: What will be the role of alternative lenders in 2017?

Hayward: Since Dodd-Frank was enacted last Christmas Eve, it does not seem like there has been a large pipeline of new CMBS business. It has to sink in, so I am not yet sure what’s going to happen. Given the volatility in financial markets today, (CMBS issuers) have not been able to provide the certainty that we can offer on execution. You can’t really rate-lock a deal until it’s ready to be securitized, so that can be challenging for borrowers.

MHN: What challenges exist around affordability?

Hayward: Rents continue to go up, while incomes tend to stay relatively flat, so I think the affordability problem will be exacerbated in certain places throughout the country.

As municipalities figure out what is affordable for their workforce, they’ll need to provide incentives to developers and others to try and change things. It really is a city-by-city or town-by-town issue, particularly for the coastal cities, which remain very expensive.

We will do our part to help, but I think that is a trend in the market that is going to happen naturally unless rents start to taper off or incomes increase dramatically. The thing that we focus on is how to help people with modest means get apartments.

MHN: Are there any new regulations that are already impacting your operations?

Hayward: Duty to serve is a regulation that we need to comply with. The draft plan is due on April 13, 2017, for public comment. By the end of December, we will have it ready, so that we can implement it in January 2018.