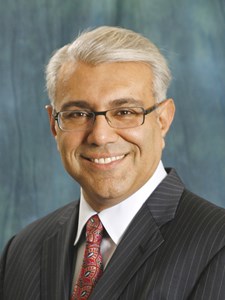 Calabasas, Calif.—Marcus & Millichap is starting fresh this spring with a new president & chief executive officer. The national brokerage firm announced that John Kerin will retire as CEO and member of the company’s board of directors on March 31st, to be succeeded by Senior Executive Vice President Hessam Nadji.

John Kerin joined Marcus & Millichap as a sales agent in the Encino office back in 1981, and was promoted several times throughout the years, culminating with his appointment as president and CEO in 2010. Upon his retirement, Kerin will serve as senior advisor and provide consulting services for the company.

Kerin’s successor, Hessam Nadji, joined Marcus & Millichap in 1996 as vice president of research, after serving 10 years as national director of research and information services with Grubb & Ellis. He was appointed chief strategy officer in 2013 and senior executive vice president of the company in May 2015.

A graduate of Seattle’s City University, Hessam is also a member of the National Multifamily Housing Council executive committee, the Urban Land Institute, the International Council of Shopping Centers and NAIOP.

Nadji currently oversees the firm’s national specialty brokerage divisions, the mortgage brokerage division, and the research and advisory services divisions. According to Marcus & Millichap, these divisions closed $15 billion in sales in the nine-month period ending in September 2015.