Plans are moving forward for the Villages of Aina Le'a on the Big Island.

Aina Le’a has announced the acquisition of the remaining 1011 acres of urban zoned property in the heart of the Gold Coast Resort area of the Big Island of Hawaii. 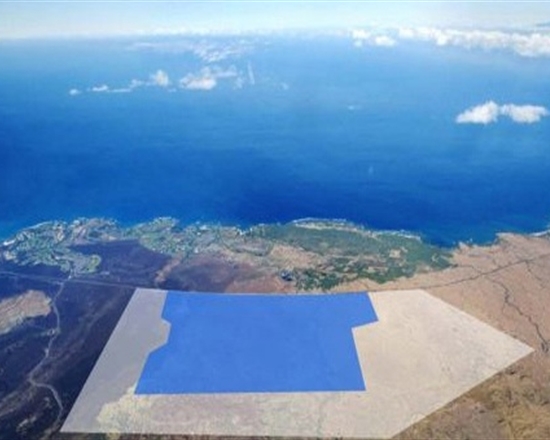 ‘Aina Le’a Site on the Big Island of Hawaii

The company is planning to develop a community on this property called “The Villages of Aina Le’a,” which is zoned for 1,945 luxury residential homes, 384 affordable townhomes, one golf course, walking trails and parks, as well as medical and commercial centers.

Aina Le’a expects to complete the new community over the next eight to ten years and partner with luxury home builders to develop and sell over $3 billion of homes into the local and international housing markets.

The economic impact of the project will be quite significant for the Big Island. According to a socio-economic study performed by SMS Consulting in April 2014, the new community is estimated to provide approximately 3,500 jobs over the course of construction, over $1.5 billion in local expenditures for construction materials and labor, $247.1 million in taxes to the state treasury, and $4.6 million in tax revenue to the county government of the island. Furthermore, a housing study published by the State of Hawaii in April 2015 reported that there are 28,137 new homes required to be built in the state to meet the housing demand, including 3,514 on the Big Island alone. Aina Le’a plans to begin closing the sales of homes in its Lulana Gardens Village, part of the upcoming community, by March 2016.

Aina Le’a had entered an initial agreement to purchase the land in 2009. However, the development was delayed from early 2010 until the end of 2014, while the company responded to litigation to protect its right to develop the property and maintain its previously approved urban zoning. The Hawaii Supreme Court confirmed the area’s urban zoning last November.

Aina Le’a is currently installing the water system, wastewater system, electrical distribution, and road system in the Community, as well as the intersection between the community access road, Aina Le’a Parkway, and the Queen Ka’ahumanu Highway.